Analysts predict that 2018 will see cloud adoption cross the 50 percent milestone. This means fewer private data centers and the dedicated staff and costs associated with maintaining them. That also means more sensitive data consolidated into public and private cloud environments, requiring stringent access controls, a security-first approach to recognizing abnormal traffic patterns, and hyper-vigilance on the part of SOC teams.

As such, cloud environments are a tempting target for today’s bad actors, even though Gartner predicts that, through 2020, public cloud infrastructure as a service (IaaS) workloads will suffer at least 60 percent fewer security incidents than those in traditional data centers. But external threats are just part of the security equation, particularly in multi-tenant cloud environments.

“Trust but verify,” has long been a truism in network security and OutSystems has extended that to the cloud with a new high-compliance cloud offering. OutSystems Sentry offers advanced intrusion detection from external threats, along with internal monitoring for potential access control issues and the proliferation of advanced persistent threats (APTs). In addition, SOC 2 Level II certification combined with OutSystems standing ISO 27001 and ISO 22301 certifications, ensures OutSystems Sentry meets the five Trust Services Principles of Security, Availability, Processing Integrity, Confidentiality, and Privacy.

"OutSystems customers expect and deserve the most stable environment for their applications, and providing that requires an assertive security stance from the infrastructure level down to each virtual machine. There are already nearly 200 points of security built into the platform, but for those customers who need additional protection, we offer OutSystems Sentry,” said OutSystems Chief Information Security Officer, José Casinha. 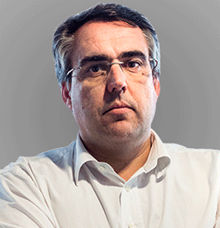 OutSystems Sentry extends the rigorous security protections already in place on AWS cloud, along with the OutSystems 196+ points of security, and adds additional layers of protection afforded by the industry’s most advanced cloud-protection software and OutSystems own experienced team of security experts.

Learn more about how OutSystems is working to protect its customers sensitive data by checking out our Security page in the OutSystems Evaluation Guide.