Have you ever looked up into the night’s sky and seen a satellite passing by? If so, what you saw may have belonged to SES, the world’s leading provider of satellite-enabled communications.

Even if you haven’t seen one of its satellites — or even heard of the company for that matter — there’s still a good chance that you or someone you know has benefited from SES. That’s because with more than 50 geostationary satellites in its fleet, the company brings high-bandwidth communication to 1.1 billion people around the world. In addition to providing businesses, governments, and communities with reliable data connectivity, for example, it makes it possible for 7,200 different television channels to be broadcast to 312 million homes.

Like any global company, SES has aggressive goals for growth. To meet those goals, the company is always looking to expand into new verticals and to transform its business with innovative IT solutions. SES also knows that one of the keys to its growth is being able to serve its diverse customer base of government agencies and multinational corporations with IT applications that are tailored to the unique needs of each individual market it serves. Of course, creating those solutions with its existing resources would be no small feat.

That’s why when the time came to start building an array of new digital applications — including mobile, social, analytics, and cloud capabilities — for its different verticals, SES knew it was going to need some help. Since it wanted it to be a fast, agile process, the company found itself considering a number of low-code, rapid application development and delivery options.

SES ultimately chose OutSystems for the job, citing our technical maturity and flexibility. And, with our help, it wasn’t long before SES was delivering powerful applications that included modern user interfaces for the company’s core applications and satellite planning tools. SES was also able to create a mobile app for a total customer experience that let it manage all of its customer activities, including workflows, invoicing, and trouble tickets.

These initial applications were well received, which quickly paved the way for developing others to support still more business critical processes. Soon, OutSystems was being adopted across the entire company. Today the company credits its ability to now be much more responsive to business demands to its adoption of OutSystems.

Want to learn more about how we were able to help SES build impressive applications in just eight to ten weeks? What about all of the technical and business benefits that the company has enjoyed since partnering with us? If so, check out the full case study: “SES Extends Its Capabilities With Mobile Apps Built by OutSystems That Are… Out of This World.” 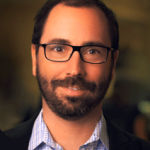