Think enterprise app hate squared. The prevailing attitude in development circles is that marketing is an unnecessary evil that plagues the rest of an organization. Developers, engineers, R&D mostly see it as a useless discipline full of silver-tongued (or fingered) slicksters who wouldn’t know Java from a latte at Starbucks.

Yet, in recent years the edges between marketing and software development have done some serious blurring. Movements, such as growth hacking, have applied some of the lessons of agile to marketing and turned some marketers into coders. More broadly, increased use of software in marketing has helped in its decades-long transformation from art into science.

Marketing, too, shares some challenges with software development in large enterprise environments. The top-down planning, slow-moving decision processes and conservatism of many large corporations negatively impact their software and their marketing.

Neil Patel is one of the best known-names in internet marketing and also co-founder of two marketing-focused tech start-ups: Kissmetrics and Crazy Egg. I spoke to him to ask about his experience of how the software industry has changed in recent years and also to get his insights on what software development can learn from marketing.

Crank It Out Fast 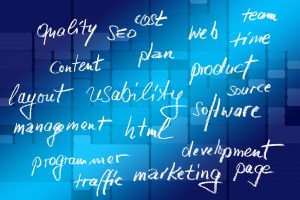 At Neil’s companies, software engineering is very much an agile process. “We try to crank software out really fast,” he told me, “creating a number of viable products. And it's usually led by the product team, which is just rapidly getting feedback from wireframes. Once that looks good then it goes to development, then it gets feedback there and it's just a complete cycle. So, everything starts with sketches, wireframes, feedback and then you keep iterating until it looks good.”

Once the engineering team has built a feature, the iteration continues. A release is only just one step in the process of improving a new feature. “So, we always draw it out first, get feedback, then develop, get feedback, then go back to the drawing board and as we keep doing that the product improves as users are telling us this is what they like, this is what they don't like.” From the capabilities of the feature through to usability and even the language used, product development continues throughout the lifetime of the feature.

That approach to building software echoes very closely the guiding mantra of growth hacking: experiment then adjust based on the data that comes back. And it’s a viable method of avoiding enterprise app hate.

The phrase ”growth hacking” is a relatively new way to describe techniques that are a response to the real-time feedback made possible by Google Analytics and similar tools. It draws heavily on the same ideas that feed into agile software development. That is, you only learn what you need to do by actually trying to do it.

But what can software engineers learn from marketing?

“The main thing is being productive,” says Neil. “We always look for stuff that we can repurpose. I'm seeing engineers these days doing more and more of that in which they're looking for stuff that's open source or already out there that they can use and they don't have to rewrite the wheel. And in marketing, there's a lot of frameworks that we set up to make things launch and get out faster from a marketing campaign perspective. And you're seeing that too in development in which companies like Twitter and Facebook are building these frameworks that other people can use to develop and get stuff out faster.”

Growth hacking requires a great deal of autonomy for the individuals and teams running those experiments. Just as agile faces challenges in traditional organizations, does growth hacking face similar problems in large enterprises?

“Same problem. They're pretty much slow with everything. Give them some marketing change and sometimes you don't even get it done in three months. And, it's as simple as modifying one line in their HTML code.That's why you see a lot of these smaller agile companies coming up and becoming large corporations. They're moving faster.”

The Future of Marketing 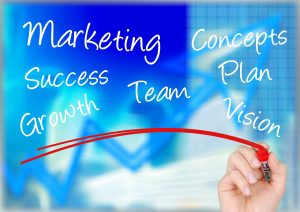 Just as in software development, there are common patterns for tackling recurring problems that lead to enterprise app hate, Neil sees the future of marketing lying in something similar.

“People will start building repositories that can go to a website and be like, ‘Here are the tests that worked in the past in your industry. Click a button and we'll test it out and implement it for you’. Like you're gonna start seeing a lot of things getting automated and to me, that will be true marketing automation and not just email automation.“

What about that desire for marketing to be seen more as a science than an art?

“If someone's writing a blog post why can't something already tell you, ‘Hey, we've noticed you're writing a blog post on search engine optimization. Here are all the keywords you should discuss within your post that you did not. Click here to get a full list.’ And then you start writing it. Technology will help streamline marketing.”