(Justin has been an OutSystems Developer for multiple companies including FICO, Conigent and Wodify.)

When I first encountered OutSystems in 2009 it was because I was writing for TechRepublic. A few months after my initial review, I had a personal project, and I thought that I would give OutSystems platform a chance, because I liked so much of what I saw. I had no idea that this personal project would lead me down the path of becoming an independent consultant; becoming the lead developer on one of the biggest, most heavily-used OutSystems projects in the world; and then to my current role, enabling dozens of developers at a large company to deliver outstanding work to clients worldwide.

Many of the developers I have talked to over the year love the value proposition of OutSystems Platform, but one of their first questions is always, “but what’s the job market like?” That is a fair question. Developers love to learn new technologies, but there are so many competing for attention that it is difficult to decide which ones to put the effort into learning. And the opportunity to turn that investment of time and energy into a career has to be a prime consideration.

The great news for prospective OutSystems developers is that the job market is quite strong.

When I learned OutSystems in 2009, the idea of a no-code/low-code development system was struggling for mainstream acceptance. Too many developers had been burned in the past by systems promising the world, but delivering very little. That led to developers not having much trust in the category. I was in that same situation.

Things have changed since then. No-code/low-code systems as a category have improved and have been embraced and endorsed by technology thought leaders. The marketplace has grown weary of labor-intensive systems that are error-prone and put a lot of emphasis on “process” and little attention to “results.” OutSystems and its competitors have accumulated enough reference accounts and success stories to prove their own viability and the capabilities of the category as a whole.

It is 2016, and no-code/low-code platforms are hot and that is being reflected in the job market!

I attended the NextStep conference in Atlanta in October 2015. Two things were very clear to me: the OutSystems ecosystem is growing at a very rapid pace, and the demand for OutSystems developers is at unprecedented levels. The NextStep Americas event had grown to have three times as many attendees in 2015 as it had in 2013, its first year. Many of the attendees were prospective customers eager to learn more about the system directly from people who worked with it every day. This year, it was announced that OutSystems growing subscription sales by 60% in 2015 as well. I remember looking at the person next to me and saying, “wow, that is fantastic news for developers!”

A common theme among attendees was that they were hungry to hire more OutSystems talent. Numerous new and prospective OutSystems clients asked me for recruiting strategy suggestions and tips for training their current development resources on the OutSystems way. Even organizations with deep OutSystems experience told me that they were hoping  to hire additional resources immediately, in order to take advantage of new business opportunities. And in the last few weeks, I have seen multiple opportunities for freelance developers and independent consultants appear on the OutSystems forums.

If there was any question if OutSystems skills are marketable, it has been answered. There is a market for OutSystems development skills, and that market is booming.

If you are currently considering becoming an OutSystems developer, here are some tips on giving yourself the best possible chance to create a new career in the OutSystems community:

Skills such as infrastructure management, monitoring, deployments, etc. are all quite different in an OutSystems environment. To develop project plans and specifications, one needs not only experience with Agile methodology, but an awareness of what architectures and designs get the most benefit from OutSystems Platform. This has resulted in a strong market for DevOps, QA, BA, and PM staff with experience in OutSystems platform projects. 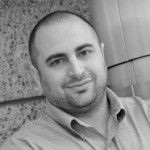