If you’ve never had a cold glass of Mateus Rosé on a hot summer evening, you’re missing one of the simple pleasures in life. If you have, then you’ve tasted one of the most emblematic wines produced by Sogrape Vinhos.

With more than 75 years of history, Sogrape Vinhos is one of largest wine producers in Portugal. Along with Mateus, the company produces several award-winning and well-known brands, such as Casa Ferreirinha, famous for Barca Velha, Gazela, and Sandeman.

But even with some of the most acclaimed wines available worldwide, Sogrape Vinhos knew it had room to innovate and to increase its productivity and efficiency so it could continue establishing itself in new markets and growing its presence in current ones.

To manage the production of its vineyards, Sogrape Vinhos worked with a system that had once met the company’s requirements. But after years of usage, that system was becoming outdated and was about to get discontinued by its seller.

The Portuguese company saw this challenging moment as an opportunity rather than a threat. Instead of looking for a tool that only fulfilled their basic requirements, like the previous system did, the wine producing company wanted to build a new solution from scratch, completely customized and adapted to its needs.

This solution would not only manage the work in the vineyards but would also integrate everything involved in the wine production process. From viticulture to harvest and from bulk management to bottling, all would be managed by a system that would also mark the entrance of Sogrape Vinhos into a new era. A digital era.

A New System for Modern Times

The requirements were clear. Sogrape Vinhos needed new web, mobile, and even IoT applications with sensors and a myriad of automation to coordinate all stages of production: from planning and operations to costing and quality control.

As if this wasn’t challenging enough, the solution also needed to be able to support certain particularities. These included different legal requirements from the different wine regions in Portugal where Sogrape Vinhos has its properties.

In this context, Sogrape Vinhos challenged Deloitte. Given the very short time frame, Deloitte (more specifically its OutSystems Centre of Excellence’s dedicated team) opted for the speed and agility of the OutSystems low-code platform to develop the system that would fulfill its customer’s wishes. Together, they created a dedicated team with people from both companies and WICO—or Wine Connection—was born.

Briefly, WICO is a multichannel application that is integrated with the Sogrape Vinhos SAP back-end and other existing applications. It digitizes all the information related to wine production. From the first grape harvested to the final bottle, WICO details all the important data, in all stages of collection, including history, records, operation control, and traceability.

With WICO’s user-friendly interface, anyone in the field can easily access the application on a desktop, phone, or tablet to consult data in real-time.

As a result, Sogrape Vinhos has a complete overview and absolute control of all stages of production.

By having access to real-time data in all production stages, the Sogrape Vinhos team is able to increase its efficiency and, what matters most, the quality of its wines. In addition, WICO’s user-friendly UI greatly facilitated the adoption of this new solution. Now, instead of wasting time collecting and recording data, the working team can focus on the winemaking process and other work at the winery. 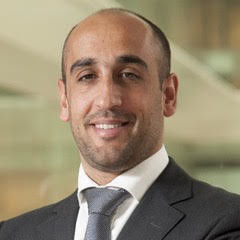 César is an Associate Partner in the Technology area and is responsible for the digital offer development for customers in the retail, consumer goods, transportation and energy sectors at Deloitte Portugal. He has over 16 years of experience in managing technology projects and participated in key projects in Technology Strategy, Digital Transformation, Information Management and Analytics and Systems Integration areas.

The Need to Modernize Business Processes

What Is Digital Accessibility and Why You Should Care