If you’re in government IT, you’re probably going to nod your head in agreement when I lay out the kinds of IT challenges we face here at the Wisconsin Department of Corrections. Too many projects. Too little time. Not enough funding. Too much information siloed in legacy systems. Too much grunt work to challenge advanced developers.

I see you nodding.

Well, my guess is that you can pretty much see how using the OutSystems low-code platform can alleviate most of those pain points. For us, OutSystems gave us the framework we needed to make the most of our new service-oriented architecture (SOA) by reusing API components. It has made a huge difference in our department’s productivity. But it’s done something else: it’s eliminated the challenge of too much grunt work to challenge advanced developers. In fact, it’s energized the development team that I manage.

Will Low-Code Make Me Obsolete?

But let me back up and start at the beginning. Although they were part of the selection process that ultimately led us to OutSystems, there was immediate pushback, to put it nicely, from my hard-working team of five developers, especially from the two with the most experience. Would the low-code platform replace their roles? Would they get to code anymore? Would they be rendered useless and obsolete? Would they be put out to pasture?

I get it. Especially when you see the speed and ease of how OutSystems lets you drag and drop components to build a foundational code base, it’s natural to wonder what exactly you’re supposed to do with your time. But here’s how I saw it: as an opportunity to up-level my two most experienced developers to do more strategic work and then have them guide the three developers with less experience.

Because, trust me, with the demands on our IT department, I can’t see succeeding with fewer people than we already have. I need them to be happy and fulfilled in their roles. Yes, OutSystems goes a long way in helping us to be more productive and faster at checking things off the list of projects we need to get done around here. But it also makes the work we do a whole lot more rewarding.

Now my two senior developers act as more advanced architects who take on the task of creating overall architecture and design plus complex logic. Serving in a trusted advisor capacity, we can use them more strategically on the business side of the equation. They capture the big-picture business needs, figure out a plan, and work with the other developers to present something quickly that we can then iterate on.

As a bonus, with my three developers helping the more senior architects bring business visions to life, they now have a clearer picture of what’s next in their career paths. That’s not bad for motivation and talent retention, I have to say.

And no, they haven’t lost their touch when it comes to coding. After all, coding still needs to be done. Foundational components can be built using OutSystems, but there’s still Java coding that requires expertise on top of that code base infrastructure. My team fully realizes that now, and I think they enjoy the coding part of their days even more now that they aren’t bogged down by it. They’re focusing on building features that wow users; they’re not stuck in the weeds coding every little thing. And the coding we do is directly related to the business goals of our projects, so it’s more meaningful work.

Cooking With Oil (and OutSystems)

Now we’re really rolling, doing some good things for the entities we serve. We developed a Dental Waitlist app that integrates with REST services to track inmates over 35 locations so they never lose their spot on the waiting list. As our first experience with OutSystems, it really helped us understand the benefits of building separate modules in the OutSystems framework to easily reuse them for future applications.

Next, we developed a user-friendly application for tracking youth at the Grow Academy, a residential program offering comprehensive treatment for county and state-supervised youth as an alternative to incarceration. We reused previously developed entities, such as offenses, personal characteristics, and location-based services to make the data accurate and consistent. No more relying Excel spreadsheets!

And then there’s our On-Call mobile app that assists the WIDOC BTM/IT staff in troubleshooting applications for employees 24/7. This is a great example of a relatively small app in terms of number of users that can be critical when someone needs technical assistance at 2 a.m.

We’ve got three more projects in development now and three more on deck. It’s a lot of great work that my team can really be proud of. And no one had to be put out to pasture in the process. 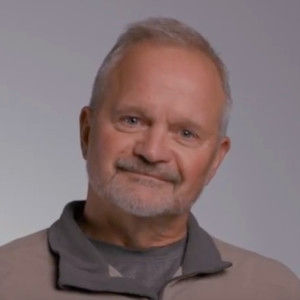 Jim Pyka is the Data Integration Services Manager for the Wisconsin Department of Corrections IT Department. He oversees teams responsible for database administration, integration services, and low-code initiatives. As a low-code advocate, Jim believes that OutSystems complements his organization’s IT and business objectives and provides lead developers the opportunity to become more strategic advisors.

Customer Onboarding in 2021 and Beyond

NextStep 2021 Recap: Succeeding in a World of Accelerated and Constant Change