Pragmatic applications of artificial intelligence are just as exciting as big-picture predictions of AI’s future. As part of the OutSystems NextStep keynote, we showed how new OutSystems features and capabilities, which included OutSystems.AI Document Processor, along with the soon-to-be-released ML Builder, could be used in real-life. Telling a story with OutSystems as the protagonist is an excellent way to demonstrate value.

In the spirit of NextStep storytelling, I’m going to show you how OutSystems is enabling developers to innovate with AI and ML pragmatically in a way that hasn’t been possible before.

Joachim is part of a 24x7 distributed global support team that is set up to service a company with offices all around the world. His main responsibilities are triaging issues to the correct team, complying with internal processes for documents and attached images, resolving technical issues, and solving customer problems. Triaging means routing tickets and questions to sales, HR, finance, and more based on the type of issue and an assessment of its urgency. An example of compliance for documentation and images is finance, which requires a standard form with receipt data.

For a long time, Joachim’s job wasn’t easy. In a single day, he dealt with bugs, technical concerns, training requests, and tickets for marketing, finance, sales, and more, all submitted via a support app. He had to analyze tickets manually, he was asked the same questions over and over again, and his backlog never stopped growing. He received numerous complaints that it took too long to close tickets and that feedback wasn’t received in time. He was tired of answering the same questions, handling documents, and scanning tickets.

Maia is a developer who works in the company’s IT group, which has used OutSystems for numerous successful initiatives, including the app used for global support. Joachim’s group wanted an IT solution that could help Joachim. Because of Maia’s experience with OutSystems, she was chosen for this project. She was excited to use OutSystems AI for application capabilities that made things much easier for Joachim.

I want to know how OutSystems brings the power of AI to my apps now.

Adding AI to an app to support decision-making processes is a panacea for many global support scenarios. Probably one of the most time-consuming tasks of Joachim’s day is to read and digest all the incoming issues. In addition to the direct impact on his productivity, any error in this process will drill down to the time the client is waiting to see its issue solved. Since there is a fair amount of historical data on issues classifications, Maia understood this is an ideal scenario to use machine learning.

The soon-to-be-released OutSystems ML Builder allowed Maia to use the data already available in their OutSystems platform to build a custom machine learning model to predict each issue classification and another one for predicting the issue priority.

Even though Maia is not a data scientist, she can easily create, evaluate, deploy, and integrate the ML model with a few clicks, since the tool guides her through the entire process.

With the accurate predictions from the ML model, Joachim decided that most cases could be automatically triaged immediately after they were created.

Needless to say, Joachim now has more time to focus on really complex cases and does not spend any time on the repetitive, time-consuming, and error-prone task of manual classification. Time to solve issues is way less now and clients' satisfaction increased.

Who likes doing the same thing over and over again? Hardly anyone and certainly not Joachim. Yet, that’s what a good part of what his day once entailed—giving the same answers to the same questions repeatedly. So, Maia built a chatbot that uses AI applications and services to provide Joachim much needed relief from the incessant questioning.

By simply adding a UI block to the global support app, Maia embedded the OutSystems.AI Chatbot, which uses Azure as an AI provider. To get to value in a few minutes, Maia used the newly-released OutSystems QnA chatbot configurator.

To get to the next level of user experience and evolve the FAQ chatbot, Maia will reuse OutSystems logic via a webhook, enabling the personalization of each response to the end-user. Moreover, OutSystems.AI Chatbot integrates with other Azure AI services, such as Azure LUIS and QnA Maker, which allows users to interact smoothly with the app, using their own language and words, rather than simply clicking on pre-fixed boring options.

Among its many capabilities, QnA Maker automates the question-and-answer process by providing answers to common questions. Azure LUIS uses the Microsoft Language Understanding service to extract intents and entities from text. This can help with answering questions by using natural language processing. With so many questions now being handled automatically, Joachim’s backlog is reduced while user satisfaction is on the rise.

Adding AI to Applications Makes It Easier to Handle Documents

AI applications can automate document handling. Joachim loved this idea because he felt he was plagued by a barrage of receipts, invoices, and resumes that needed triaging. He also had to standardize the text from mobile device photos, PDF files, PNGs into forms, which was time-consuming and required effort that he could have been using for resolving serious problems.

Fortunately, Maia helped him out with more AI options from OutSystems. She quickly added a model built with ML Builder that is trained to triage documents based on patterns and behaviors. She used the Azure Cognitive Services connector to access the Analyze Receipt service, which extracts, using standardization, key information on sales receipts, such as the time and date of the transaction, merchant information, the amounts of taxes, totals, and more.

Maia also integrated OutSystems.AI Document Processor to build a tailored service, specially trained for the other documents, such as the vacancy job applications to HR or the claims to the insurance department. Triaging tickets and conforming to form standards are now automated and it’s easier to make routing decisions. This means that Joachim’s handovers are much quicker and his decisions are less error-prone.

AI in Apps Eliminates the Hassle of Scanning Issues Manually

The pragmatic application of AI also removed the hassle of scanning issues manually, which was one of Joachim’s biggest headaches. Before Maia helped him out, he had to read each ticket, understand what it was about, determine how critical it was, and decide what to do next. Those options included asking for clarification, sending it to another team, solving the issue himself, and so on.

Now the app automatically predicts the ticket priority, infers the client sentiment, highlights key phrases, and recognizes the text that’s important to Joachim’s and Maia’s company. Joachim gets valuable insights in seconds, rather than searching for them for hours.

AI for Applications: A Story With a Happy Ending

To recap, Joachim’s job went from frustrating and stressful to fast, productive, and satisfying. Thanks to ML Builder, OutSystems.AI Chatbot, OutSystems QnA Chatbot Configurator, OutSystems.AI Language Analysis, Azure LUIS, QnA Maker, and the Azure Cognitive Services Connector, all available through OutSystems, tasks that were time-consuming and repetitive are now automated.

Joachim has more support to quickly process tickets issues, and forms. The days of answering the same handful of questions repeatedly are also gone. With more time and fewer tickets, he can easily manage expectations, which means he can focus on the most complex cases.

With over ten years of working around the world in fields such as Data & Machine Learning and massive digital transformation programs, Daniel joined OutSystems as AI Product Manager. His team focuses on incubating and driving the adoption of AI as a pivotal technology to lower the talent gap, reducing human intervention, and enabling customers to innovate and create rich and frictionless experiences with a modern product data platform.

What is Predictive Modeling?

Augmenting The Work of OutSystems Developers With AI-Assisted Development 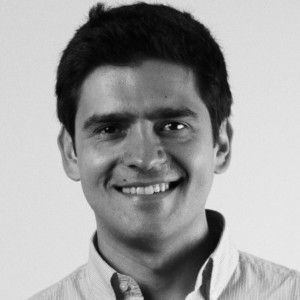