Visual programming has always been about bridging the gap between how computers work and the way that people think. Today, low-code platforms are making it possible for businesses around the world to use visual programming to do just that.

Platforms such as OutSystems enable businesses to use visual programming techniques to solve real-world problems faster and more completely than if they were relying entirely on traditional software development.

The first of our visual programming case studies is in the field of education. Many established educational institutions have core processes that still rely on paper-based manual systems. Such processes are resistant to change, hard to scale and too often tough to teach. As education becomes increasingly digital, these processes are undergoing digital transformation. Often, they change beyond recognition, removing intermediate gatekeepers and putting control directly in the hands of end-users.

Using OutSystems, they built two applications that would put control directly in the hands of end-users. The first of these enabled students to register new devices that they wanted to use with the university’s wifi system. This replaced a manual process that relied on the university’s IT help desk provisioning new devices by hand. The new self-service portal, built using OutSystems, proved the value of low-code by saving $45,000 annually and delivering a better experience to students. Importantly, the IT team were able to deliver the self-service portal in rapid time.

Since that first experiment, Kent State University now uses OutSystems to deliver up to 10 new digital transformation projects each quarter; a rate that would have been impossible with traditional development methods. 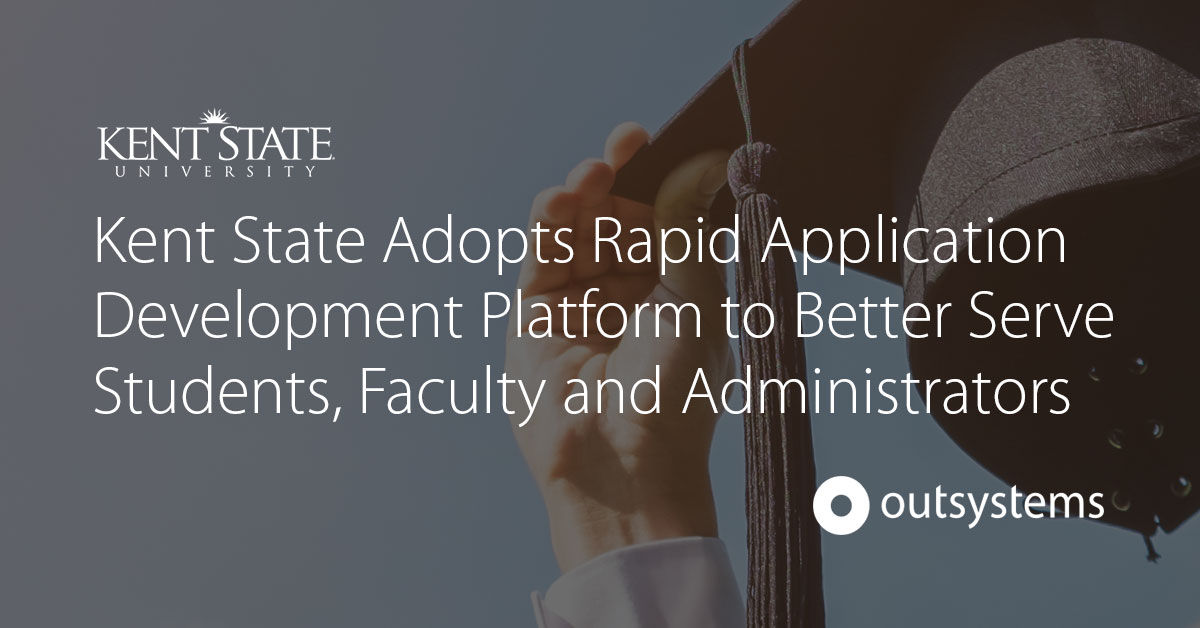 Rapid Application Development at the NHS

The UK’s National Health Service (NHS) directly employs 1.6 million, providing lifetime healthcare to the country’s 65 million people. Such an enormous service has healthcare needs of its own. For example, incidents of stress and other mental health issues have been affecting an increasing number of doctors and trainees.

For the second of our visual programming case studies, we offer the story of a specific NHS program with the objective of ensuring the good health of physicians working in the service. The NHS Practitioner Health Programme (PHP) serves doctors and dentists throughout England. With an eye to reducing the friction of booking and attending appointments, the program’s Chief Executive decided to offer web and mobile apps that would enable practitioners to confidentially and easily book appointments with all manner of medical professionals.

However, time was short:

“We got the go-ahead in October and we needed to be live by January 2017. This is an extremely short period to completely mobilize a national service and make it widely available,” Lucy Warner, Chief Executive of NHS PHP.

Not only that, but the program’s team was small and lacked in-house technical expertise, meaning that a cloud-based service was essential.

The team at NHS PHP realized that a low-code platform would enable them to meet their deadline and minimize any ongoing maintenance effort. They selected OutSystems and worked with a partner to build a web and mobile-based appointment bookings system with the OutSystems visual IDE. It took just seven weeks to develop and deploy the fully working system. Within the first two weeks of being in production it had served over a thousand patients and later rolled out to a 85,000 practitioners and trainees across England.

According to NHS PHP’s Lucy Warner, this has enabled them to run the service with half the administrative staff they’d otherwise need and it has been a hit with service users. Read more.

Many large enterprises now build multiple internal mobile apps to serve core processes. However, there’s a problem with developing mobile apps: unlike the web, there’s more than one platform to target. That means companies must often build separate iOS and Android versions of their apps, which can more than double development effort if left to traditional development.

Cross-platform development tools have often been unsatisfactory, to say the least, resulting in laggy, ugly apps. Polished consumer-targeted mobile apps have set high expectations for users, meaning that low-quality enterprise apps can suffer from low take-up if they don’t meet those standards. The final of our three visual programming case studies demonstrates how one company decided to address this problem.

European satellite operator SES recognized the value of providing mobile front-ends to their existing ERP and CRM systems. However, they were wary of costly traditional methods that would require independent development efforts for each target platform.

Visual programming promised a way to speed-up development, and the OutSystems low-code platform meant that a single development process would create native applications for common mobile operating systems. Of high importance to SES was the ability to dive deep into the code, enabling them to integrate with existing systems. The OutSystems platform gave them just that, as well as 5 times the development speed increase compared to traditional development. 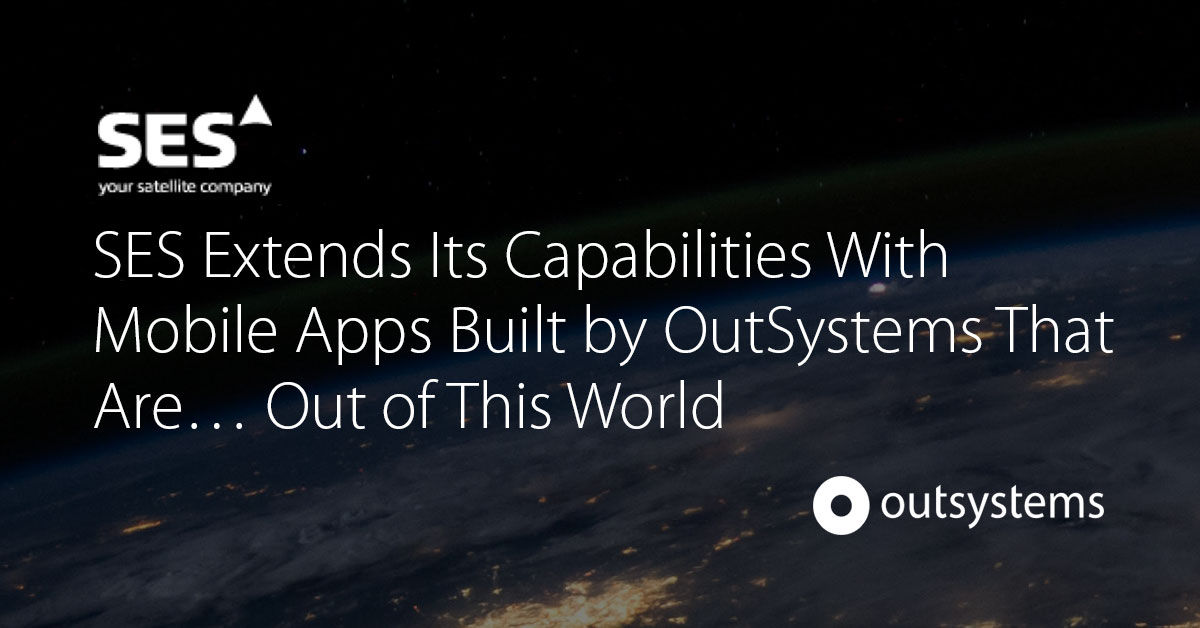 Visual programming today is best represented by the low-code movement, the leader of which is OutSystems. As our visual-programming case studies have demonstrated, low-code tools take the best of visual programming techniques and combine them with the ability to fall-back to traditional development where that makes most sense.

More and more businesses are now turning to low-code to rapidly develop core applications, meaning that the promise of visual programming is finally being realized.