The Utility Matrix of Recommender Systems

Content-based and collaborative filtering both make use of a utility matrix. In a utility matrix, each value represents the user’s “degree of preference” for an item. In the case of Netflix, users can rate movies with up to 5 starts, so the matrix values would range from 1 to 5.

The goal of the recommendation system is to fill in the blank spaces.

Collaborative filtering recommender systems work by finding users that are similar to each other. So, how do we do this for Joe, for example?

One way is to use the cosine similarity of the normalized ratings between Joe and others. Sounds complicated, but the idea is simple. If you imagine user ratings as a vector, similar users have vectors that point in the same direction. Here’s a bit of math to blind you with science:

If we apply this equation to Joe and Bob, we get a value of 0.4 (with normalized vectors), and if we apply it to Joe and Sue, we get the value -0.16. This means Joe is much closer to Bob than he is to Sue, so recommending Lord of the Rings is a better idea than recommending Casablanca.

In content-based recommender systems, the idea is to match the preferences of the users with the type of item. The type of item can be set manually (such as movie genre) or automatically (such as getting keywords from the movie descriptions).

Here’s an example of item and user profile based on IMDB genre classification.

The numbers on the matrix for Bob are built by using the normalized ratings from the previous matrix and averaging by the number of ratings. Let’s use fantasy as an example. The average rating for Bob is 3.3 and the number of ratings is 3. If we apply another fancy equation, we get 0.8 as Bob’s “preference” for fantasy films.

Next, we want to decide if we should recommend Twilight to Bob. Using the same similarity equation as before, the result is -0.16. So Twilight is not a good recommendation for Bob!

When you are able to recommend the right movie, product, or article to your users, you have a huge impact on the overall user experience. Not to mention your bottom line.

This post was just an introduction to recommender systems, but I hope it gives you an idea of how they work and what they’re capable of. Post in the comments if you have any question or suggestions! 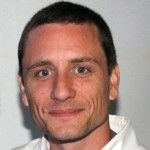