The practice of alchemy has captured the imagination of people for thousands of years. Even though most of its practitioners were interested in the transformation of lead into gold, the real transformation at the foundation of alchemy was a spiritual one.

The transformation IoT promises is one that makes technology seamless and transparent to the point of becoming almost invisible. This is, for me, the alchemy of our days.

How can you capture this somewhat elusive spirit of transformation, creation and combination when you’re talking about the Internet of Things? What is the transmutation that we can aspire to, what is the lead we’re starting with and what is the gold that we’re trying to achieve?

Take your fridge as an example. (Before you roll your eyes and think, “Oh, no! Not the magic fridge analogy again” bear with me here. This is not your run-of-the-mill, “it’ll sense when it’s empty and send you a text” example.) Its main purpose is to maintain food and liquids fresh for longer periods of time, so they don’t spoil. To make it smarter, you add a temperature sensor and some computing power — a microcontroller, for instance, which is a tiny computer, an embedded system — as well as a small display to check the temperature.

But that would only be helpful if you were right in front of it. So, if you want to check the temperature remotely you need a little extra. You add connectivity and, because you’re crafty like that, you also build a mobile app that queries the embedded system.

With this system set up, you can check whether you have the ingredients needed to create the home-cooked meal that will sweep your date off his or her feet… all the way from the grocery store, in real time. The application you built is smart enough to query the fridge for what’s available and what’s missing; you can also query for quantities and expiration dates!

Your system can be even smarter and enhanced so it’s able to suggest not only what to buy, but where. This is done because it ponders the best bang for the buck and location — closer to home, or to where you currently are, checking for competitive prices and parsing reviews for quality. (See, I told you this would be different.)

You also know that the mood wouldn’t be right without the appropriate temperature. Because you’re an eco-conscious human being and don’t like wasting energy, you have your system set. It’ll start adjusting room temperature as it detects you’re driving back home, by reading the GPS coordinates on your smartphone and checking traffic for your estimated time of arrival.

As you’re a truly ingenious person, you have everything set up and thought out. You’re planning to cook something spicy, so you’ll need a lower temperature after your meal. The application calculates that and, accordingly, lowers your house temperature seamlessly, because it studied and registered that time you ate those spicy peppers and dropped the temp by 4 degrees.

In this scenario, the fridge, the heater, and the smartphone are the Things. These things communicate with each other and us over the Internet to share their information and act upon it.

So in its simplest form, IoT is a set of interconnected devices (our Things) with a unique ID (for example, an IP address), that collect and share information with each other over a network or applications.

True Transmutation (with Some Buzzwords Thrown In)

When technology is so pervasive that it seemingly disappears, when it achieves all those things I mentioned before transparently and seamlessly, with minimal interaction from your part… That’s when we will achieve the Alchemy of IoT. The true transmutation from a world of visible and connected objects to a Smart and (Almost) Invisible World of Autonomous Interconnected Things.

How can you achieve that? With loads and loads of parsed, learned and predicted data — hence the buzzword big data. Those algorithms are processed by artificial intelligence, with machine learning and its implementations that are all the rage these days, like deep learning and the establishment of neural networks. And to interact with those systems, we have the many developments in the realm of natural language processing, too. It’s not a coincidence that giants like Google are open-sourcing their natural language parsers.

It’s all happening now, right before our eyes. Reality is finally catching up with science fiction. That means we need to look even further ahead, into the future. But to do that, we need to understand the path that lead us here. We need to understand what IoT is all about right now and why it makes sense; and then we can talk about all the cool things we’re envisioning for the future!

This is the first part of a set of articles dedicated to understanding the Internet of Things and, hopefully, set a way forward. My name is Shirad Salaheddine, and I am a certified mad scientist tinkerer and dreamer, an Architect Expert at OutSystems who just so happens to work with a Platform that can empower IoT to achieve the kind of transformation people could only dream of before.

Part IV — A Look Into the Future (IoT with OutSystems) 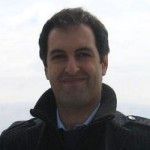 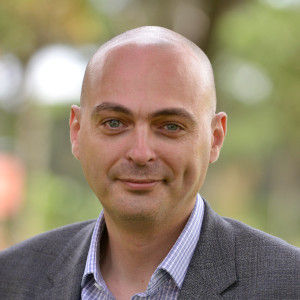