The largest sporting event of 2016 (some games held in Rio this summer) represented a huge opportunity and a massive logistical challenge. For Randstad Brazil, the opportunity was to recruit and place 1,500 people in temporary positions. The challenge was doing it in just two months. Knowing that its legacy recruiting tool couldn’t keep up, Randstad Brazil looked to OutSystems for help creating a new eTalent Recruitment Solution that would help automate and streamline the job. Eight weeks and 75,000 applications later, Randstad Brazil filled each of the positions and built a tool so successful that it’s rolling out worldwide.

When Traditional Coding Just Won’t Do

Challenge - In December 2015, global recruitment agency Randstad Brazil was engaged by a ticketing operations company to tackle the massive task of filling 1,500 temporary positions for the 2016 summer games in Rio de Janeiro. A huge undertaking under any circumstances, the Randstad team in Brazil faced a particular challenge. Not only would they have to source thousands of candidates for a variety of roles, screen them, and hire the best - they only had two months to get it all done.

To pull off a feat of such proportions, the company knew that its legacy recruiting application wasn’t going to cut it. Although the tool served the company well for many years, it wasn’t up to the task of supporting such a high volume of applications. To get the job done, Randstad Brazil needed a solution that was scalable, automated, and that would support a variety of new features. It would also have to work seamlessly across a full range of web and mobile devices.
Given these and other requirements, the company recognized that building a new eTalent Recruitment Solution using conventional development practices would be virtually impossible. Time was of the essence and the team needed an agile solution that was flexible, adaptive, and that could be implemented quickly.

“We really had our work cut out for us,” recalls Jorge Vazquez, Managing Director of Randstad Brazil. “We knew that to get results we had to focus on building a solution that could accommodate an enormous number of applicants. It had to be completely customizable, and create amazing user experiences — all in record time. That’s why we turned to OutSystems.”
Randstad Brazil has been an OutSystems customer since 2013. During that time, it has used OutSystems low-code platform to create a variety of applications and to enhance the functionality of its CRM tool. 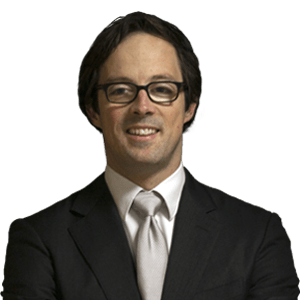 “We’re thrilled with the results that we got from using OutSystems. We were able to create an amazing solution to support a huge volume of applicants in a very short period of time. OutSystems played an integral role in helping us deliver results that what would have otherwise been virtually impossible.”

Delivering Lots of Features and Functionality in Very Little Time

Solution - Remarkably, only three weeks after beginning with OutSystems, Randstad Brazil developed and deployed phase one of its new eTalent Recruitment Solution. The goal for this first deployment was to create a tool that would allow the company to attract and capture applicants for hundreds of positions. While that was happening, Randstad Brazil pushed ahead with the second phase of its solution, which it rolled out four weeks later.

“In phase two we were focused on adding in a lot of new features and functionality,” says Vazquez. “We wanted to automate as many of the manual recruiting processes as we could, while also setting ourselves up to gain fresh insights to help us work better and more effectively.”
New features in the second deployment included an automated scoring system that allowed Randstad Brazil to evaluate its growing list of applicants and whittle them down to a list of viable candidates. The scoring engine assessed applicants based on a variety of factors, including their English language skills, capabilities, and location, matching individual profiles with the unique requirements of different roles.

The solution also gave candidates the ability to self-schedule interviews and kept them informed of their progress during the hiring process through automated text messages. This was crucial not only for alleviating much of the administrative burden associated with the project, but also for keeping candidates engaged in a competitive market. The candidate experience was constantly monitored with very rich data analytics provided by eTalent.

Another important feature that the solution served up was useful data that allowed Randstad Brazil to work smarter. For example, geographic data could be used to identify where more candidates needed to be targeted to work at a particular venue. In addition, it provided data about which channels — social media, paid search, signage, among others — were driving the most applications. These features allowed Randstad Brazil to make strategic decisions about how best to allocate its advertising budget. 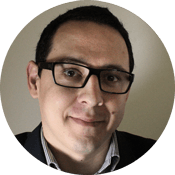 “Creating an eTalent solution was a huge challenge due to the rapidly changing nature of the sporting event. New features and unpredicted integrations had to be developed in hours. Because speed is in OutSystems DNA, we were able to react incredibly fast.”

Results - Thanks to its new eTalent Recruitment Solution, Randstad Brazil received and processed more than 75,000 applications in just two months. Approximately 7,000 of those applicants made it through the automated screening process and went on to be interviewed, resulting in the placement of all 1,500 employees. Perhaps most amazing of all, this was all achieved with just four HR consultants — less than one tenth of the team that would have otherwise been required. And that’s without factoring the massive administrative support that would have been needed to pull the job off.

“Before this project, we had a database of 300,000 applicants, that we built over four years through a variety of recruiting campaigns,” says Vazquez. “The amazing thing is that we were able to add more than 75,000 additional applicants to that database in just two months at a very low cost and keep engaging them throughout other processes.”

Two months after it began using OutSystems, Randstad Brazil couldn’t be happier. In fact, the company is looking to launch its new eTalent Recruitment Solution to all its other customers and expanding the tool as a means to improve candidate engagement and client satisfaction.
“We’re thrilled with the results that we got from using OutSystems,” says Vazquez. “We were able to create an amazing solution to support a huge volume of applicants in a very short period of time. OutSystems played an integral role in helping us deliver results that what would have otherwise been virtually impossible.”

“OutSystems dispels the myth that fast and lean development means poor and weak,” continues Pereira. “With OutSystems, we were able to implement a lean development approach, starting with a minimal viable product and incrementally adding functionality. Throughout the process, we met all of the security, architecture, UX, and scalability requirements, and were able to deliver everything in record time. We’ve been an OutSystems partner since 2006 and it’s amazing what the platform has been able to do for us over the past decade.”