With more than 35 companies and 4,000 employees, Transnational Diversified Group, Inc. (TDG) needed to overhaul the management of its human resources activities. Given the diverse needs of its companies working across a wide range of sectors, TDG required an exceptionally flexible and sophisticated system to administer its HR department. Before using OutSystems the company had used several systems without the level of success it desired.

The existing system was like a leaky faucet, only it dripped money.

Challenge - TDG’s existing HR system, covering 4,000 employees, did not integrate payroll information. Any discrepancies or changes in employee hours, sick days, vacations, or other adjustments needed to be calculated and entered by hand. Every day the old system operated, increased TDG’s costs, and the company was determined to remedy the situation by digitally transforming this part of its business.

Responsible for developing a solution to manage the HR processes, Renvi Martinez, President of TESI and Deputy President of the ICT Division at TDG, sought a new development approach that would eliminate a major roadblock. According to Martinez, “At least 80 percent of the time, changing developers midstream results in rebuilding the project, or parts of the project, from the ground up.

This was an enormous undertaking that several developers would contribute to, and the continued loss of work and hours was unsustainable. I needed a platform that was not dependent on the skills and preferences of a developer, but one that was process oriented, and would create a solution that worked on everything. Android, iOS, no limitations. I didn’t know if such a thing existed. When I first heard about OutSystems, I thought it was too good to be true.”

Solution - After evaluating OutSystems, Martinez convinced the board at TDG that the Platform would satisfy all of the requirements needed to build the Human Capital Management System (HCMS). The system would track all employee information, minimize manual processing of HR records, and calculate and update payroll. 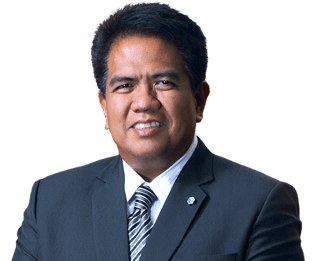 “The Platform enabled users to give immediate feedback, and that rapidly accelerated time-to-market.”
Renvi Martinez, President of TESI, Deputy President of the ICT Division at TDG

The estimated time to build the HCMS was 48 weeks. The actual time using OutSystems was half that. OutSystems eliminated the issue of developer dependency due to the Platform's process-based development methods. The agile approach also sped up the delivery of changes in business logic and business requirements as well as changes to the user interface.

Results - As far as impact on the business, OutSystems achieved results in every area. In addition to saving time and increasing production, paper printing and ink usage decreased by 90 percent as HCMS enabled users to view payslips as well as payroll and productivity information online.

Since building HCMS on OutSystems, TESI and TDG are using the Platform to build new applications. “We’re redeveloping everything with the Platform,” says Martinez. “We have needs in all of our companies, insurance, airport services, travel industries, to name a few. All of them can be transformed with OutSystems."

“Now, we’re reusing parts of applications for different companies within TDG, because our developers understand the business use. They can recommend that certain functionality be added to an application because they’ve seen how it works in similar use cases. The developers contribute to the whole process and see the big picture; they no longer behave like robots. This has also changed how we hire. I look for people who have industrial engineering backgrounds, not just coders. I want people who understand the business. So, in every sense, OutSystems has helped us transform TDG.”

Clinical Payroll System to automate employee payroll and payslip processing, delivered by Randstad in only 5 months.