Having previously successfully defended low-code on all three charges of inflexibility, lock-in, and security, today we find low-code back in the dock—in the “Scalability vs. Low-Code” case. Read on to see if “Low-Code” walks free, or ends up “in the slammer.” (The links above will take you to earlier posts in this five-part series.)

The Reasons for Not Using or Considering Low-Code

In our State of Application Development 2018 report, 13 percent of responders who were not currently using or planning to use low-code blamed concern about scalability as a reason for holding back.

I should perhaps clarify my position for the defense. The truth is, I’m not going to be able to get all low-code vendors off the hook on this one. However, I can mount a spirited defense for OutSystems and let other vendors make their representations if and when they get their day in court.

An air of suspicion hangs over the head of low-code-scalability because many low-code vendors promise to empower citizen developers. The perception, therefore, follows that low-code will be used for small, non-business-critical applications, confined to user departments.

If that were the case, scalability would not need to be a top priority, either for vendors or purchasers of such tools. So, it’s entirely logical for IT pros to be skeptical that low-code might struggle if applied to more taxing, highly scaled deployments.

However, our research findings indicate that the notion that low-code is used just for small, internal departmental apps is significantly out-of-date. We asked users of low-code what kinds of projects they were delivering with low-code. The answers were as follows:

Adding customer/partner facing portals and web apps (50%) to mobile apps that serve the same users (32%) clearly emphasizes that low-code is pulling its weight when it comes to serving customers and business partners.

"50% of low-code users are serving customers or partners with web applications, and 32% are serving them with mobile apps."

These kinds of use case place scalability, as well as security, front-and-center of selection criteria, for anyone evaluating low-code.

There are two scalability perspectives that evaluators might have in mind as they kick the tires on low-code:

Members of the jury, you might have been expecting a treatise on vertical and horizontal scaling, but as we’ll soon reveal, the above framework supports a more thorough exploration of how to make low-code scale.

Runtime is much the simpler of the two scalability measures and the one commonly considered by industry analysts.

Forrester’s bifurcation of the low-code market has implications for those who want scale.

Forrester – Vendor Landscape: A Fork In The Road For Low-Code Development Platforms

This isn’t to say low-code platforms aimed at business users won’t scale, but evaluators should bear in mind that in its evaluation and ranking of these vendors, Forrester will not have placed much emphasis on scalability, favoring instead features like “no-code” simplicity for business developers.

On the other hand, vendors that score highly in Forrester’s Wave™ report on Low-Code Development Platforms For AD&D Pros will have scored highly for scalability, according to Forrester’s analysis.

Industry analyst Jason Bloomberg of Intellyx provides a more technical bisection of low-code vendors in his article Low-Code/No-Code? hpaPaaS? Here's What Everybody Is Missing. The main thrust of the article compares two different execution approaches used by low-code platforms.

“Depending on the specifics of the platform, code generation may also create higher performance applications than the model-driven execution platform alternative, as they may compile down into executable bytecode that runs more quickly than the alternative’s interpreted approach.”

It’s not just the presence of a so-called interpreter that is likely to slow down apps running on a model-driven execution style platform. There’s likely to be overhead for loading even the simplest of screens, as the current configuration of screen layout and controls needs to be read from a database rather than compiled code.

Further thoughts on how runtime interpretation poses a risk of vendor lock-in were included in my previous article Low-Code Myths, Fears, and Realities #2. Vendor Lock-in.

OutSystems: Runtime Scalability You Can Trust

Firmly positioned as a leading low-code platform for large AD&D teams, enterprise-grade scalability is front of mind for OutSystems—so much so that we provide an “Enterprise-Grade-Everything” web page from which you can navigate deep into the technical weeds of horizontal and vertical scaling plus all things needed to scale web and mobile apps to millions of users.

However, for those averse to clicking-away (as you are no-doubt riveted to see how this case unfolds), here are the edited highlights.

OutSystems enables full-stack visual development and then translates application models into standard and optimized applications that are ready to run on a standard web farm or cloud architecture.

Once generated, applications can run independently of any OutSystems components. This means:

Get the Full low-down on OutSystems Scalability

Ready for a deep-dive on OutSystems scalability? Continue learning with these resources:

How Scalable is a Low-Code Platform?

Imagine a mobile banking app on Black Friday. That’s about 20 million users with thousands of concurrent accesses. This is what we pitted against our OutSystems mobile back-end—the server side of OutSystems.

With OutSystems you can meet even the most massive of customer requirements with vertical and horizontal scalability and support for containers and microservices built-in.

Now we turn our attention to the other dimension of low-code scaling. The ability to use low-code for multiple use cases, projects, and developers and to deliver long-term, successful management of large, interconnected portfolios of applications.

What would such scale look like if low-code development really took-off in your business and became the standard way of working?

Despite the success that many customers have had with scaling their adoption of low-code, that’s not to pretend there haven’t been challenges along the way. Having a large number of such customers is a constant source of inspiration for our product management team, who have been hard at work to ensure every customer can more easily scale their use of low-code to ever more ambitious projects and portfolios.

The result of this investment is OutSystems 11.

The design goal of OutSystems 11 is to help organizations modernize legacy systems and replace large application portfolios. With multiple customers delivering web and mobile applications up to 10 times faster, the obvious next step was to provide that efficiency and agility advantage to whatever the size of applications to be developed or the scope of the overall app portfolio.

IT leaders shouldn’t have to tradeoff control against speed and simplicity. Six new capabilities in OutSystems 11 make this a reality. 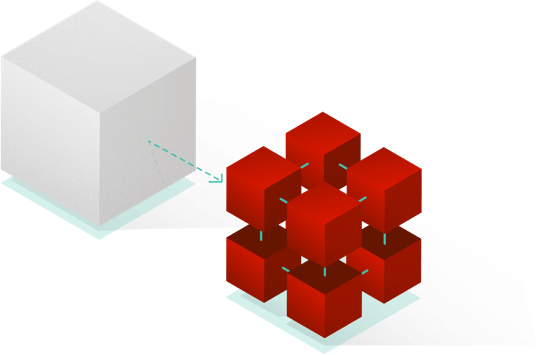 This saves AD&D teams hours of validating and fixing cross-architecture impacts on complex sets of apps or large systems.

You can effectively implement a full-fledged microservices architecture. Teams are more agile, safely creating and changing reusable services and applications fast and at scale.

Monitoring and Troubleshooting at Scale 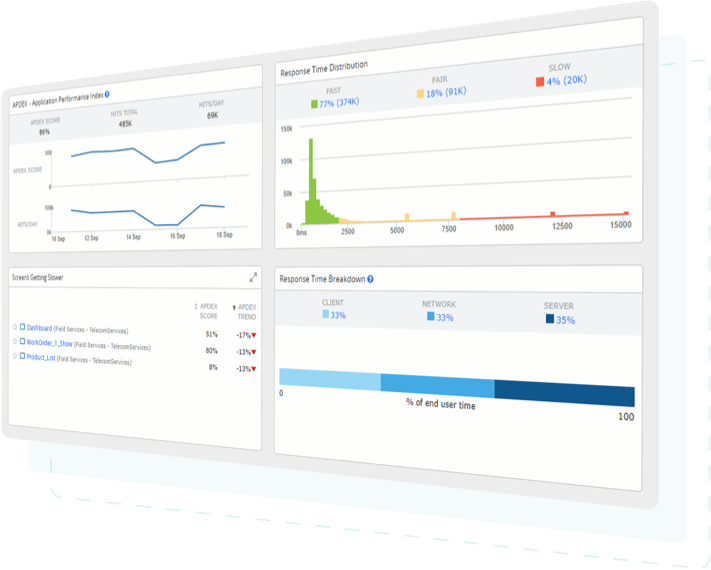 AD&D teams can identify choke points, or services that are down before they impact the health of the entire portfolio (SaaS and external legacy systems included). 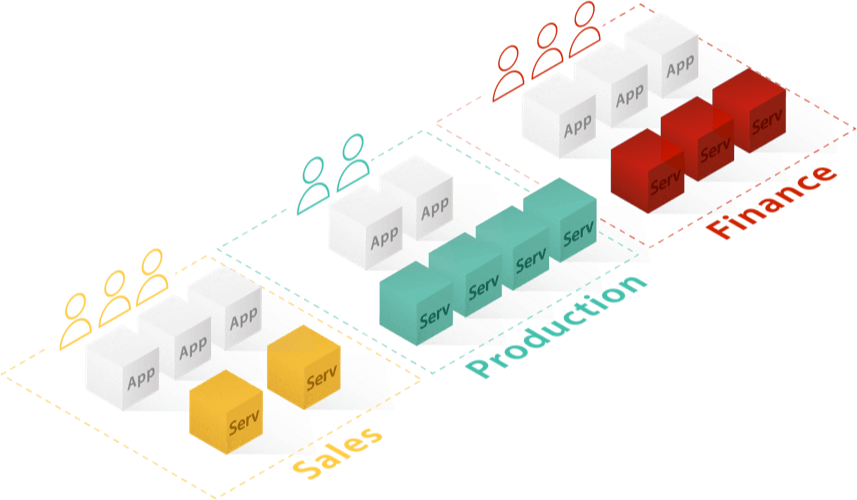 OutSystems 11 allows AD&D leaders to control who in their teams can create and manage services and who can consume them, using a full entitlement model that extends to all apps and services. 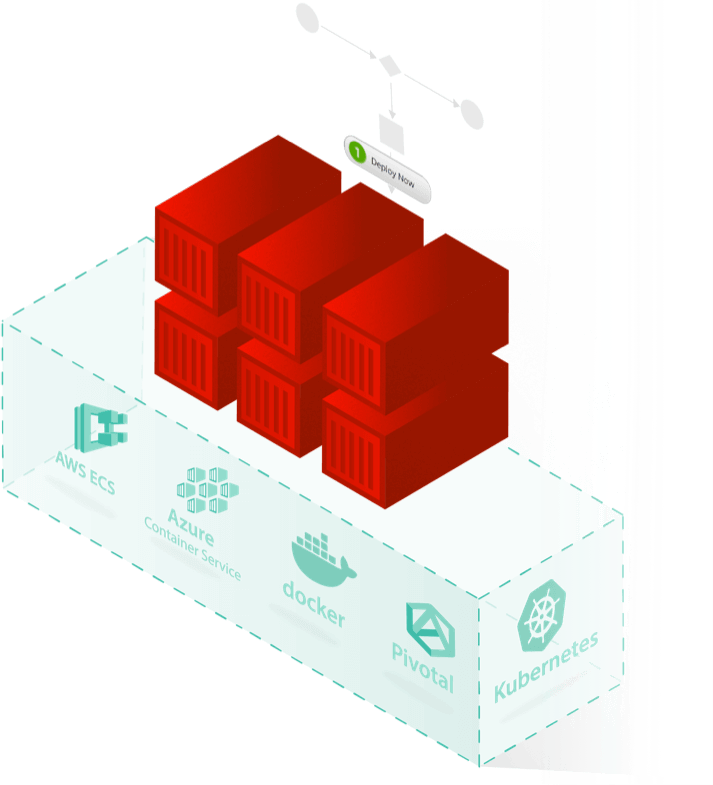 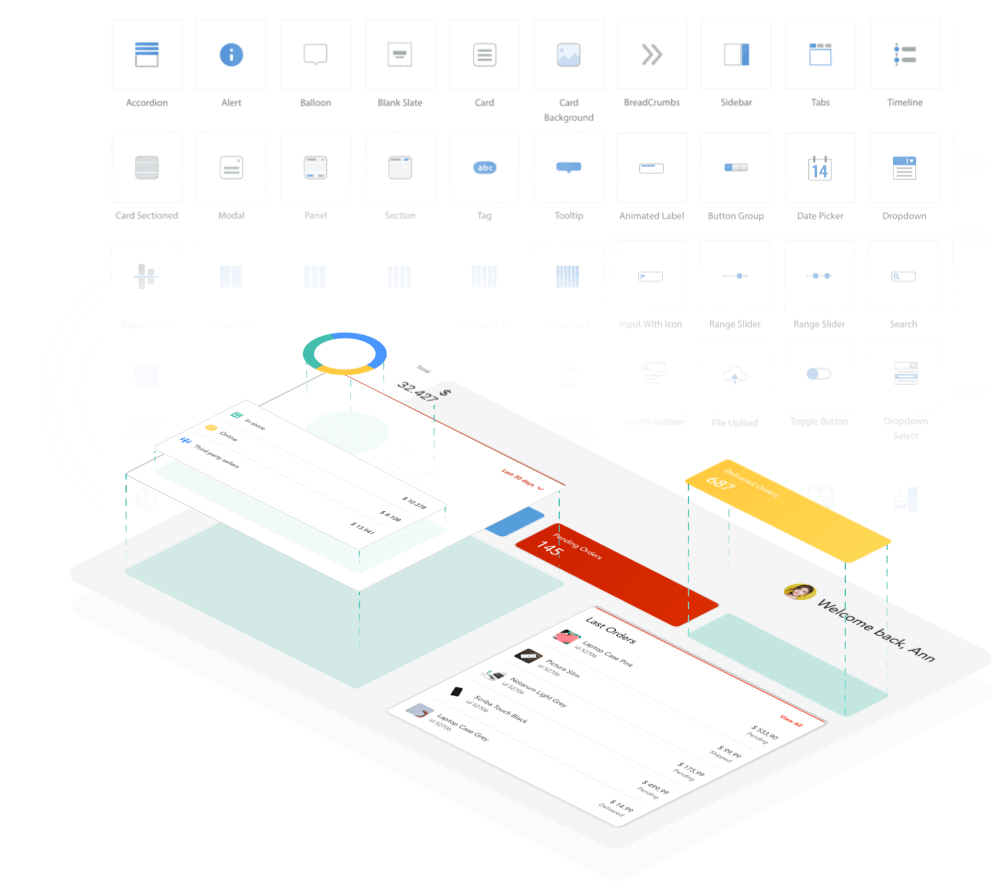 A new UI framework makes it easy for developers to access screen templates and patterns directly from the OutSystems visual editor and customize, extend, and reuse them as needed.

These templates—derived from analyzing leading business apps—make it easier for large and distributed development teams to deliver apps with a consistent, modern look-and-feel, without waiting on constrained design and CSS expertise. 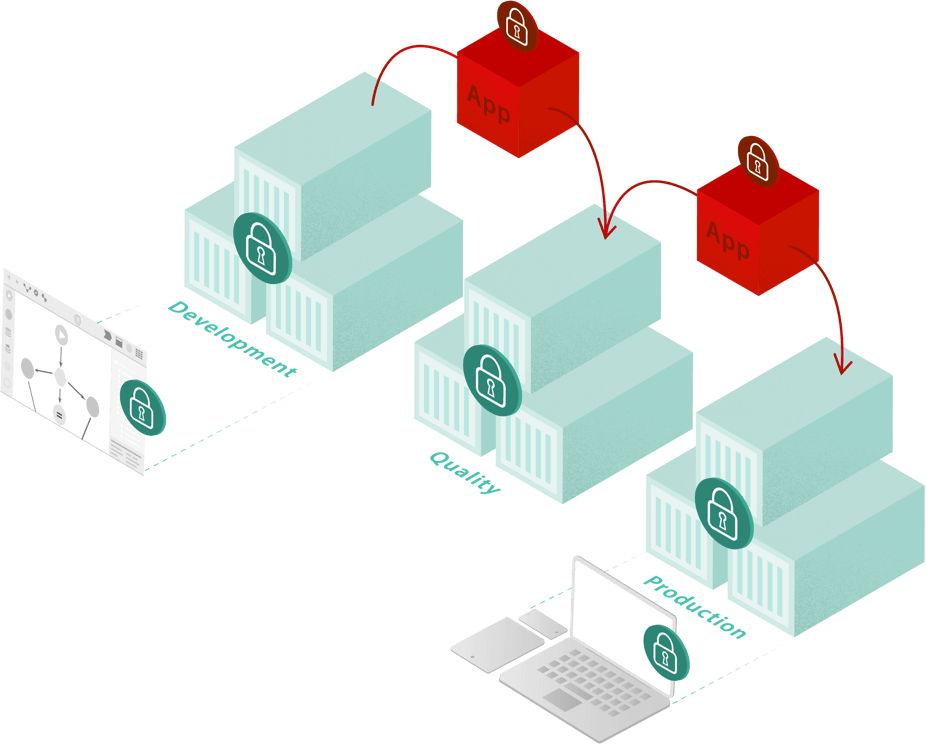 The OutSystems 11 launch comes on the heels of the KKR and Goldman Sachs $360 million investment in OutSystems in June 2018 and delivers on the “Here’s how we’re putting that to work” vision, painted by OutSystems CEO Paulo Rosado at the time.

Another of the innovations outlined in Paulo’s article is the harnessing of AI to further improve and accelerate application development. Our research and development are progressing at pace, and OutSystems users can already sign-up for early access to use an AI “co-pilot” that saves experienced developers 25 percent more time when creating or editing OutSystems apps.

The same capability helps new developers learn how to use the OutSystems IDE even more quickly. You can sign up for regular updates on our AI developments, and find out about the early access program here.

Several of the capabilities described above have hinted at the ways you will need to organize your low-code delivery team for scalable success. Read our “Digital Transformation Playbook” for more details on how to scale your use of low-code with a “low-code digital factory,” including guidance on the team structure, talent, ecosystem, and processes needed for long-term success and enterprise-wide adoption.

The “Scalability vs. Low-Code” Case: The Verdict?

Hopefully, the framework and arguments set out in this article will have provided you with a solid basis for considering the scalability credentials of low-code platforms.

Whichever low-code platform is brought to trial, you—the jury—must ultimately decide the verdict. But, in the case “Scalability vs. OutSystems,” I move for case dismissed.

Myth # 1 – We cannot build what we need. Read What Can You Build With Low-Code?

Myth # 3 – The Fear of Low-Code Insecurity 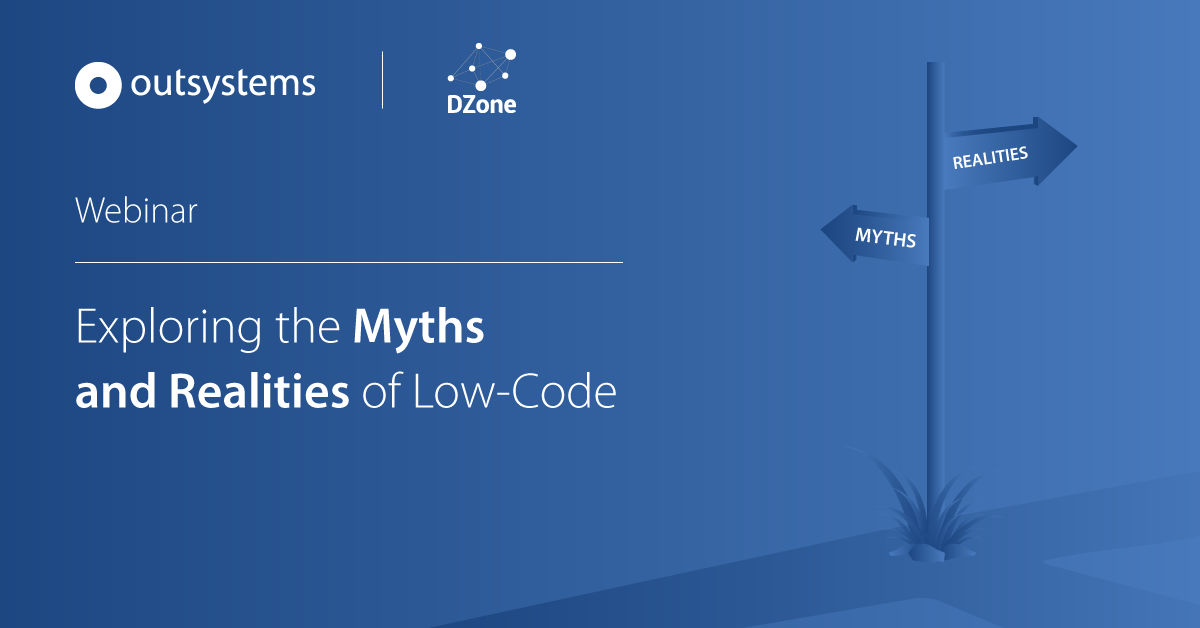 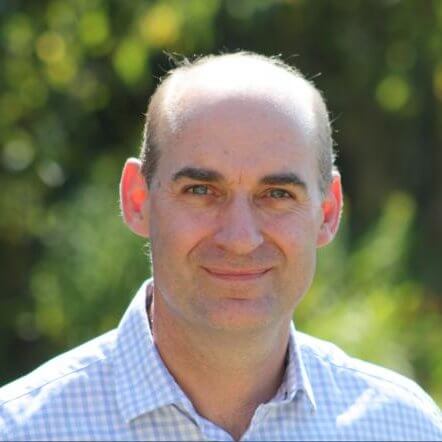