The OutSystems Cloud implements a standard and secure network configuration.

With an on-premises deployment, customers have full control of the network configuration, thereby enabling further customization. For example, customers can limit application access by IP address, configuring it per-application.

With an on-premises OutSystems installation, it's possible to configure how front-end servers are spread across the various customer networks (internet, intranet, extranet) and define which applications are deployed to which clusters of front-end servers. For example, internal applications can run in an internal network zone, and websites can run in the demilitarized zone (DMZ).

This is an example of detailed configuration of front-end servers and eSpaces associated with a network zone: 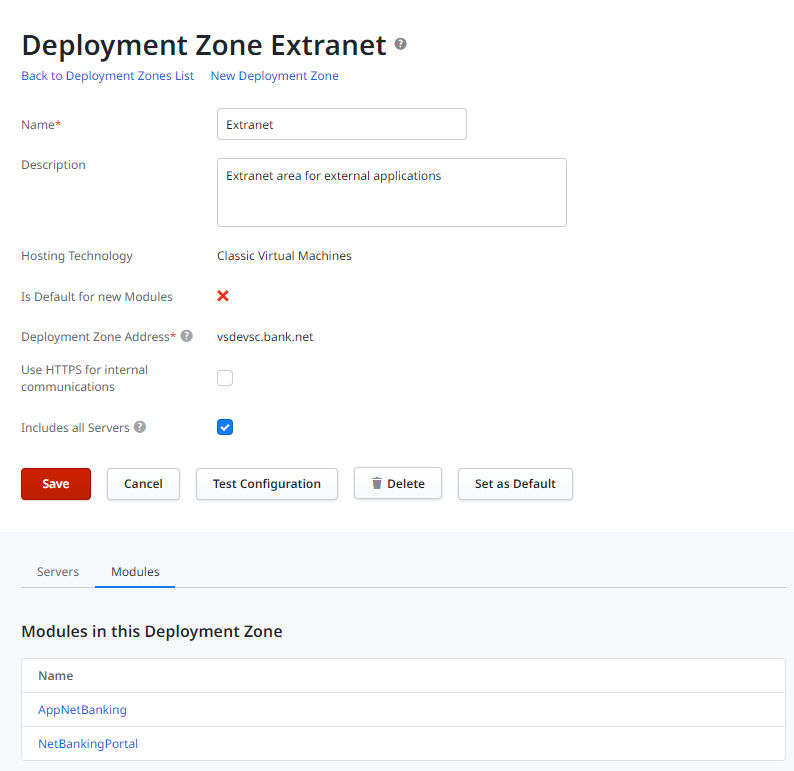 On the OutSystems Cloud, you can achieve a similar isolation between applications by subscribing to additional production environments, and choosing which applications to deploy to each environment.

To enable even stronger authentication, with an on-premises installation you can require clients have a valid SSL certificate to access sensitive web pages and web services.

The load balancer used in the OutSystems Cloud does not support client-side SSL certificates, thus you should authenticate clients with other mechanisms: