Use OutSystems with existing databases

It also has a database integration SDK, so that organizations can integrate with a database of choice. Developers can combine local and external data sources without spending much time on complex integration projects.

The OutSystems visual editor allows development teams to query and aggregate data visually so developers with any skill set can work with the complex data needed for any application.

OutSystems doesn't limit developers to manipulating data visually. They can write queries and stored procedures using standard SQL, and OutSystems will track all the dependencies to the underlying database. If something changes, your SQL code is automatically refactored, or you're warned if it is no longer compatible with the changes.

This accelerates the change process; meanwhile, the application itself is much more resilient to change. 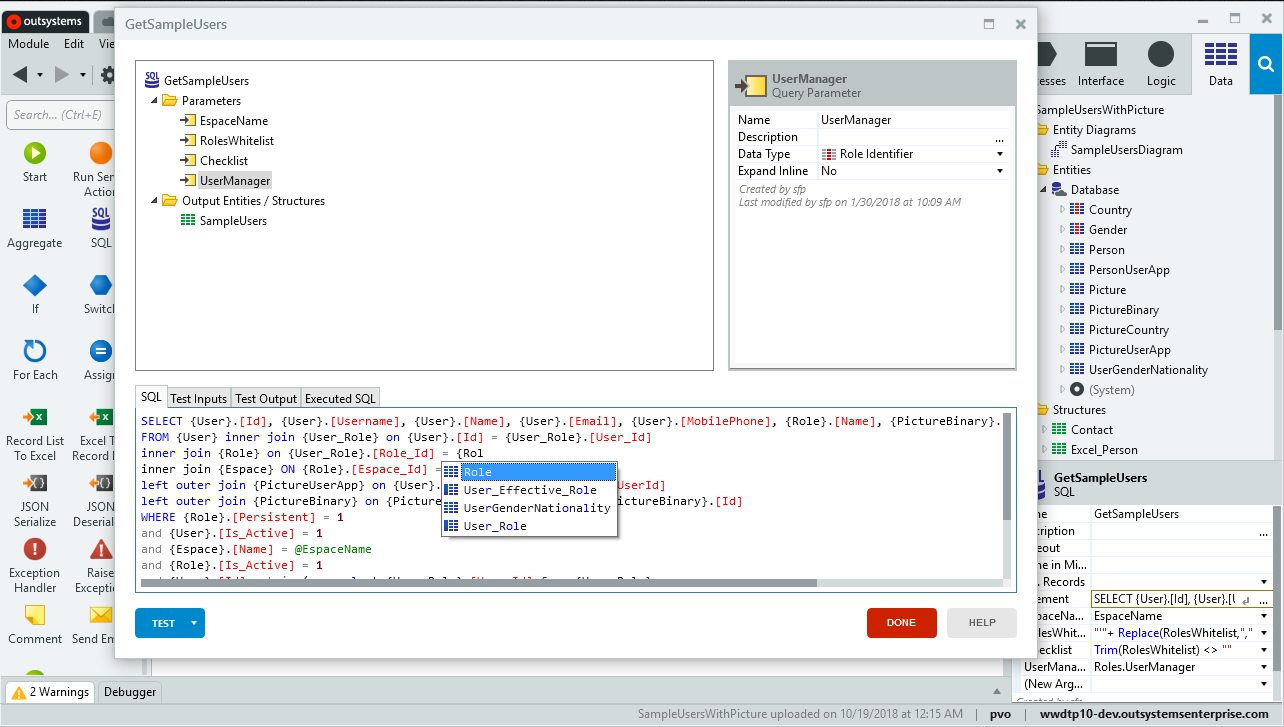 If an external database is natively supported by OutSystems, a developer can create a connector to integrate with it. Connectors enable teams to manipulate data visually in the visual editor.

When a database is not natively supported, it's still possible to access it using standard code, with ODBC/JDBC drivers, or with native APIs. For big data repositories, like CouchDB, MongoDB, or Hadoop, developers access them using their REST APIs.

There is also an OutSystems database integration SDK for extending the platform, and it can be used to add native support for databases. However, if you are considering developing a custom connector, try browsing the OutSystems Forge, which also has connectors, before starting. Most likely someone has already built and shared the connector you need.

Check out the following articles in the OutSystems documentation for more information: