OutSystems CEO and Founder Paulo Rosado will be sharing his vision for digital transformation, mobility, and low-code development at Web Summit, the largest tech conference in the world. Rosado joins an impressive list of leaders including Amazon CTO Werner Vogels, France’s Former President François Holland, and UN Secretary General António Guterres, among others.

Web Summit hosts 60,000 attendees from around the world. This is the second year in a row that Web Summit will be held in Lisbon, confirming the Portuguese capital as a growing tech hub. 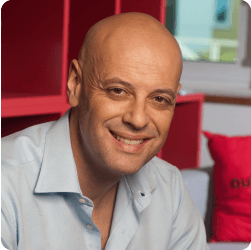 "It’s great to have Web Summit happening right here in Portugal, where we founded OutSystems 16 years ago. Events like Web Summit prove that there’s amazing technology being created in this corner of Europe."
Paulo Rosado, CEO, OutSystems

Rosado will speak on November 8 on the SaaS Monster stage at 11:40 a.m. GMT. In addition, OutSystems has a booth in Pavilion 1.