OutSystems announced the third set of winners of the 2017 Innovation Awards at its recent NextStep Americas conference in Chicago. 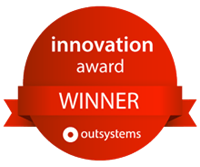 The company recognized eight customers from the U.S., Mexico, the Philippines, and Singapore for their creative use of the OutSystems platform to build innovative applications and transform their business.Applicants were evaluated based on business impact and measurable IT benefits they achieved with their initiatives.Following is an overview of the eight award winners and the applications they built.

Banco Popular, a global financial services provider with operations in Puerto Rico, won the Speed & Transformation Award for using OutSystems to create a new agile development pipeline process. It leveraged the low-code platform to build several apps in just over three years, including one that streamlined its management of remodeled residential property sales.

Prologis, a Denver-based real estate and financial company, won the Enterprise Efficiency Award for building an internal enterprise emergency messaging system for 1,600 employees. The app standardized procedures for determining who can send out messages and to which groups.

Rollins Inc., an Atlanta-based pest control services firm, won the Time to Value Award for partnering with OutSystems to rebuild an outmoded CRM system. The new system cut responses of service findings from 24 hours to under 20 minutes.

Singtel Group Enterprise, Asia's leading communications technology group, won the Global Enterprise IT Transformation Award for creating a platform called Gravity for use by Singtel and its subsidiaries NCS and Optus. Gravity now serves internal IT, partners, and customers on one core IT software delivery platform as part of Singtel’s ONE IT initiative.

Cutting the shackles to digitise the business