OutSystems Announces the Appointment of John Kinzer, HubSpot CFO, to the Board of Directors

OutSystems, provider of the number one platform for low-code development, today announced that John Kinzer, CFO at HubSpot, has been appointed to its board of directors. This latest announcement, along with the company’s record growth and previous appointments of accomplished executives such as Tom Schodorf, former CRO of Splunk to the board and Bill Macaitis, former CMO of Slack and Zendesk as an advisor, underscores the growing momentum at OutSystems.

“OutSystems continues to lead the low-code software revolution and see unprecedented demand in the market resulting in outstanding growth,” said Paulo Rosado, CEO of OutSystems. “John has had a very accomplished career driving scale and growth for notable software companies. We’re excited he’s joining at this important stage in our company’s growth. He has a wealth of experience which will be valuable given the tremendous market opportunity that lies ahead.”

John Kinzer brings over two decades of financial leadership experience, including more than 15 years leading Software as a Service (SaaS) companies. He currently is the CFO at HubSpot, a leading CRM, marketing, sales, and customer experience platform, where he manages finance, accounting and security operations. He played a key role in HubSpot's initial public offering in 2014, as well as in leading the recent $400 million convertible bond offering.

Prior to HubSpot, John Kinzer served as CFO for Blackboard, Inc., a leading SaaS company in the education space. He played a critical role in the company’s IPO in 2004, in growing the business to over $500 million in revenue, and in the take-private transaction to Providence Equity Partners. John Kinzer serves on the Founder’s Circle of the Apex Systems Center for Innovation & Entrepreneurship at Virginia Tech, and has been a finalist for both the Washington, DC and Boston CFO of the Year award. 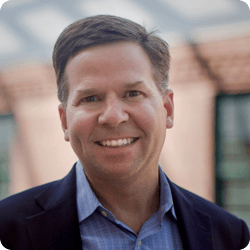 “OutSystems has experienced tremendous business momentum and is on an impressive growth trajectory,” said John Kinzer. “Growing evidence of success can be seen in the industry recognition and its highly engaged customer base. I’m looking forward to joining the team and helping OutSystems as they continue to scale and execute on their long-term growth strategy.”

Choosing a Low-Code Vendor: The Critical Capabilities You Must Consider in 2020

Attend this webinar to hear the Medtronic story and to better understand the LCAP outlook for the year ahead.

Get a better understanding of dynamic case management as a practice, and how it can help your organization operate more efficiently in the modern age of work.