Providing services for around half a million taxpayers is difficult at the best of times, but outdated paper processes and an aging IT infrastructure meant the ACT Revenue Office really had its work cut out.

Responsible for payroll tax, land-based tax, and rental bonds in the Australian Capital Territory, the Revenue Office set out to modernize and simplify processes with self-service portals built on OutSystems, saving both citizens and employees valuable time. Here’s how they did it.

20 Year-Old Systems in the 21st Century

The Australian Capital Territory (ACT) is home to roughly half a million people, which for the ACT Revenue Office equates to more than $2 billion a year in taxation revenue.

The Revenue Office’s responsibilities include collecting Payroll Tax and Rates and holding in trust rental bonds between agents, lessors, and tenants. It deals with over 4,000 businesses, 175,000 rate-payers, 15,000 concession holders, 250 real estate agents, and 800 lessors, processing over 12,000 conveyance transactions per year.

However, in a world that's becoming increasingly digital and technology-driven, a lot of Revenue Office processes had remained manual, time-intensive and paper-based—for citizens and employees alike. Historically, a lack of connectivity meant back-office staff had to rekey data taxpayers had submitted via web-forms. It took weeks to gain insight from reporting, which sometimes proved unreliable. End-to-end processing for tenant refund requests could take the best part of a month; and payroll tax lodgments were often suspended while office staff dealt with taxpayer data entry errors.

“We had multiple legacy systems—some up to 20 years old,” says Domenic Dichiera, Senior Director of Business Systems at ACT Revenue Office. “They didn’t communicate with each other, which led to lots of manual workarounds. It was impossible to gain enterprise-wide reporting.” 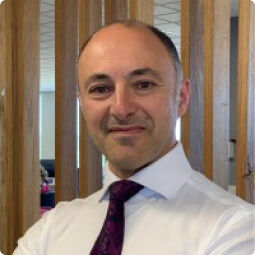 To meet these challenges, the organization set up the Revenue Collection Transformation Program (RCTP) overseen by head contractor and OutSystems partner, DB Results. It also formed a new internal Business Systems team comprised of 18 staff, including developers, analysts, testers, and support. One of the team’s significant challenges was to modernize the outdated rental bond processing system that handles and distributes deposits between landlords and tenants when a lease comes to an end.

With DB Results, the RCTP set out to deliver a new data warehouse, a transaction processing system, and two customer-facing self-service portals. Unfortunately, the modernization hit a snag being unable to ‘spin up’ the IT provider’s self-service portal platform.

Now the team was faced with a pressing deadline to build its own portals and needed an approach that would be fast to deliver, easy to adapt, and cost-effective to maintain.

Seamless Self-Service for Thousands of Users

DB Results had already used OutSystems to build a self-service portal for another client, so was able to reuse existing modules and take full advantage of the speed and flexibility of the platform to meet the Revenue Office’s specific needs.

In under a year, the team implemented two portals—one for payroll tax that helps around 4,000 taxpayers lodge assessments every month, and another for the rental bonds process, which now allows transactions to take place entirely in the cloud.

Overhauling processes that have changed little for thirty-years presents an obvious change management challenge, especially for long-standing staff that have grown so accustomed to working a particular way. But, the regular demonstrations at the end of each sprint played a vital role in getting buy-in from even the most experienced staff members.

“Getting our business people into one room and seeing that we could turn an idea on Monday morning into a showcase on Friday afternoon—that was very surprising and pleasing,” says Domenic. “We weren’t used to having any IT-change at all, but with OutSystems, what could have been quite a big change management effort has been seamless, thanks to high levels of engagement throughout the project.” 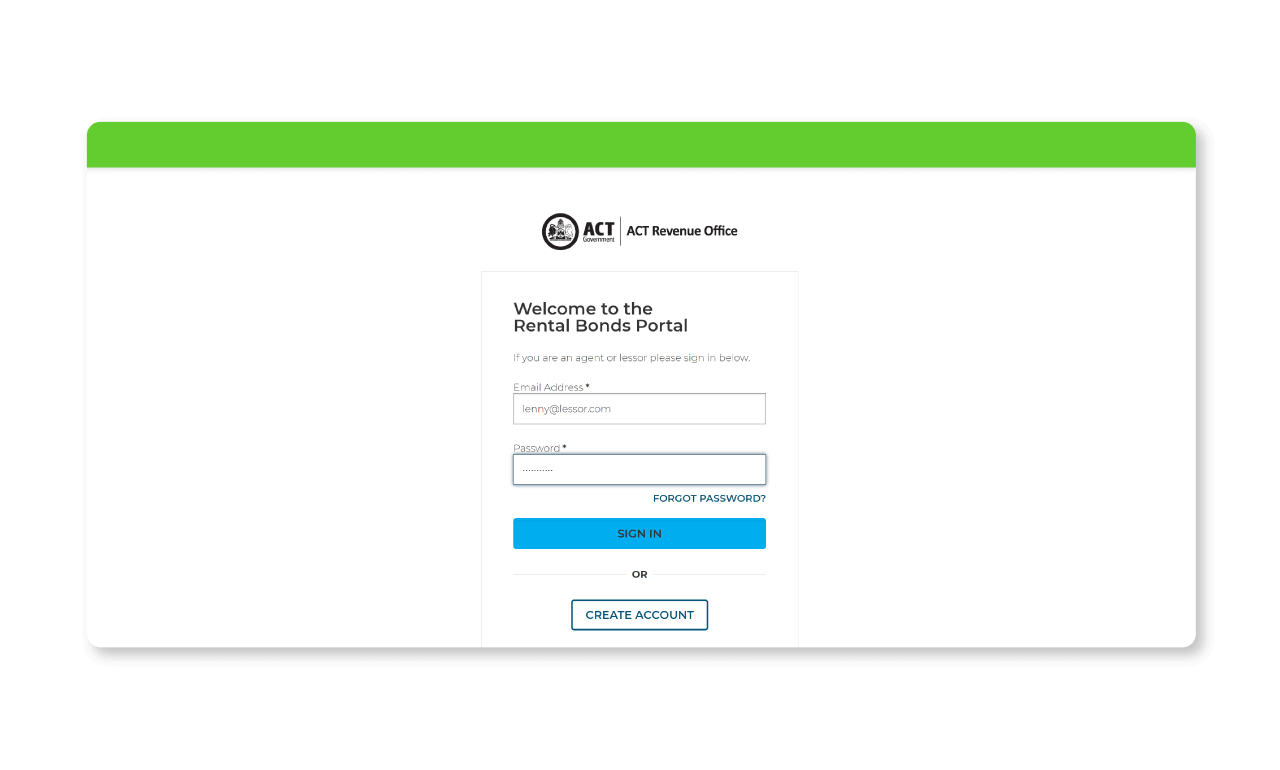 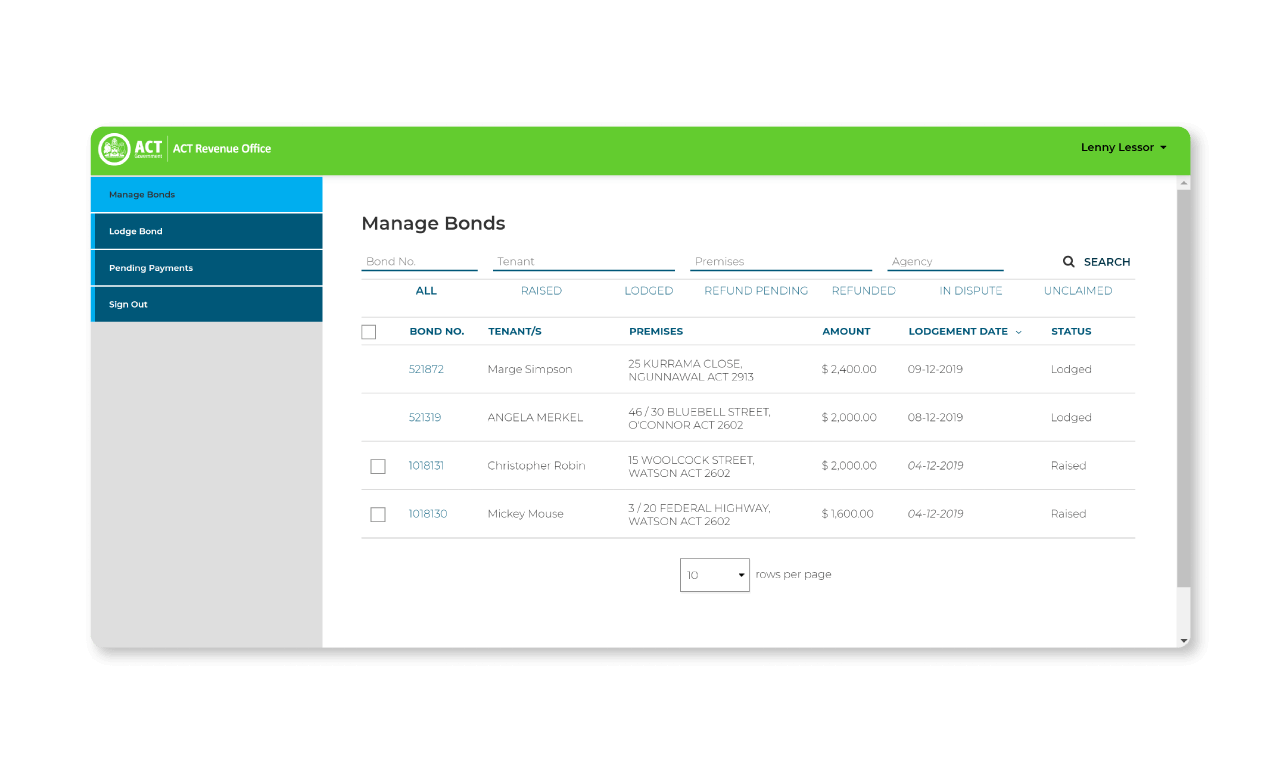 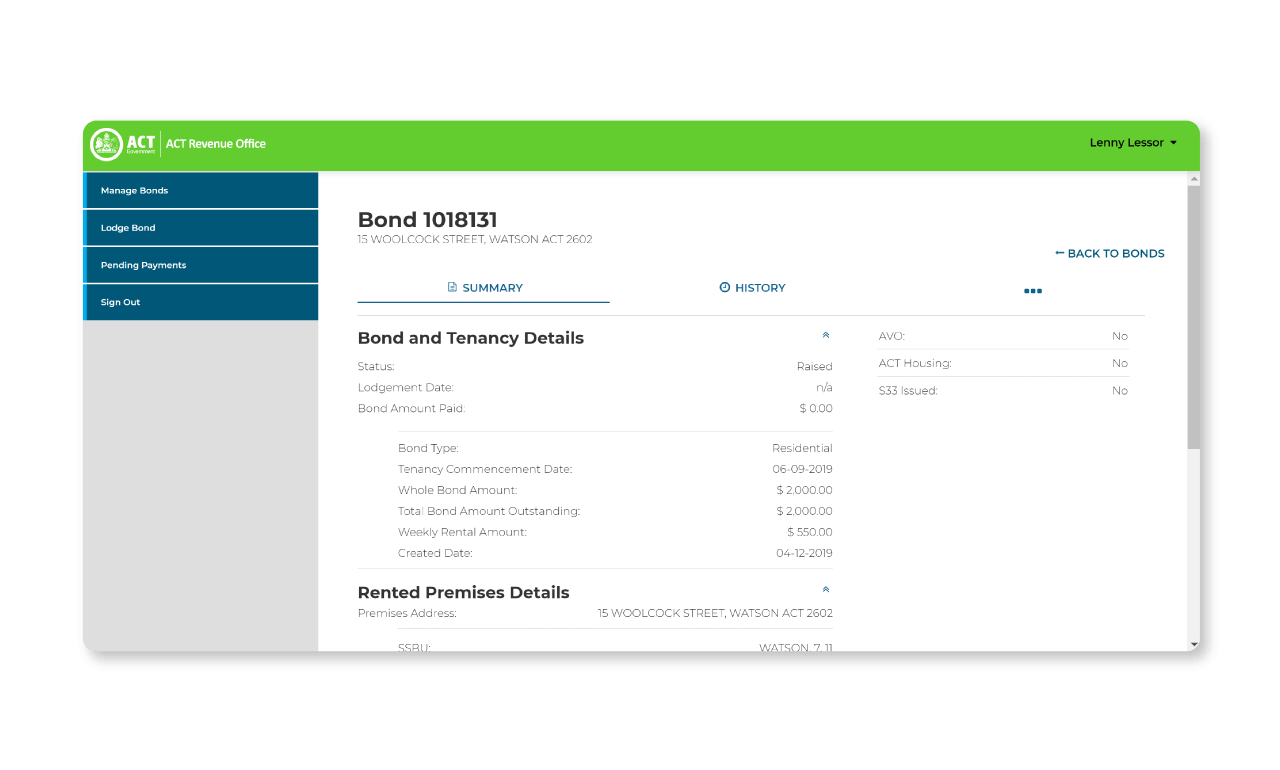 With the new rental bonds portal, agents, lessors, and tenants can all access the same information in the cloud at the same time. And, instead of spending hours rekeying customer data, everything users submit online is automatically updated in the back-end system. In fact, the majority of interactions and transactions can now take place without any intervention from the ACT Revenue Office at all.

Importantly, the OutSystems rules engine ensures that incomplete or faulty rental bond records are captured and prevented at source in the portal. Now, staff can spend their time on value-adding tasks instead of chasing people to fix incomplete data. It's a huge change and one that's happened with incredible speed.

DB Results is a leading OutSystems Partner in Australia, Hong Kong, Thailand and the Philippines with 250+ certified developers in our dedicated OutSystems Delivery Centre. Since 2014, we have...

The Revenue Office's new self-service platform has delivered numerous benefits for both employees and users. For ACT's citizens, unless a refund request is disputed, the Government is removed from the process almost entirely and refund requests that used to take up to three weeks can now take a day or less. And, Revenue Office staff have seen similarly impressive productivity gains.

“There are three types of notices we used to send to 30,000 bonds a year,” says Domenic. “But thanks to OutSystems, all that correspondence now happens online, so that’s 90,000 envelopes we no longer have to send out.”

Dashboard reporting that once took a week is now available in near-real-time. And these time savings all add up. The Revenue Office plans to reduce the number of staff dedicated to rental bonds—moving staff into roles that add more value to the organization.

Perhaps the most significant impact, though, is that everyone is happier. The staff now have efficient workflows and fewer complaints from unhappy citizens, and tenants get their refunds far quicker and with far less effort.

What’s more, all of this was able to happen in just a matter of months—and it’s really just the beginning. ACT Revenue Office has now taken the OutSystems platform in-house, where two developers are responsible for rolling out new enhancements every few weeks.

“That’s one of the best things about OutSystems,” says Domenic. “It’s given us direct control over how we enhance the platform. We have so much more flexibility.”

Major releases are planned for the near future to help the Revenue Office digitize the rest of its business. And going forward, it plans to build all in-house portals on OutSystems.

The end of mainstream support for SharePoint 2010 imposed a tight deadline on a UK government agency. It needed to move to the cloud quickly while redeveloping a suite of custom SharePoint applications that were end-of-life.

Oakland Delivers Transformative Digital Services for Residents to Save $1 Million

The City of Oakland wanted to modernize the services it offers its residents. With OutSystems, they delivered eight apps in just 12 months, while saving an estimated $1 million.