Inside Supermarket Giant, Jerónimo Martins’ Store of the Future Experiment

What Does the Future Hold for Supermarket Shopping?

With more than 4,100 supermarket stores across Poland, Portugal, and Colombia, Jerónimo Martins (“JM”) is the world’s fiftieth-largest food retailer. The group has revenues of over 18 billion Euros and more than 115,000 employees.

In the competitive supermarket field, the customer is king, as André Ribeiro de Faria, Chief Marketing Officer at JM, explains. “Every day, we start from zero. Customer loyalty cannot be taken for granted, because unlike changing your bank or utility provider, there’s no friction or inconvenience when switching to a different supermarket.”

While this market reality means that supermarkets need an unrelenting focus on giving customers the convenience, choice, and quality that they want, at JM, it also means having an eye to the future. 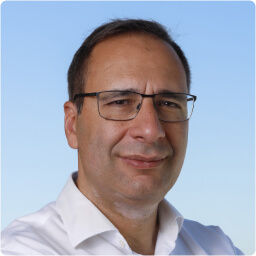 “Technology is evolving so fast, and we wanted the freedom to experiment and explore what is possible. Ultimately, we want to design retail experiences for the future,” explained André. Jerónimo Martins needed a laboratory as a safe way to experiment without disrupting the core business. But it required the participation of consumers, as testing their reaction and preferences to different customer experiences lay at the heart of this study.

A university was the ideal place to set-up ’Pingo Doce & Go Nova,’ and JM selected Nova School of Business & Economics in Portugal, for several reasons:

Creating a Laboratory Supermarket of the Future

Jerónimo Martins wanted this to be a long-term study. Rui Tomás, JM’s IT Global Innovation Director, takes up the story. “Our goal for the laboratory store is to create long-term retail success, so we can keep iterating and experimenting. The store needs continued footfall, so we can continue to test our hypotheses with sufficient customers.”

This multi-faceted experiment would include:

The project was customer-focused from the start and had the following vision:
To provide a convenient purchase in less than 1-minute and support 24x7 operation.

The rationale for this vision was to enable convenient shopping for time-starved students and faculty staff, who often have just minutes between one lecture ending and the next starting. So, minimizing shopping time and avoiding check-out queues were essential aspects of the experience design.

Also, this residential university setting was the ideal place to test new self-service retail cabinets, with plenty of demand for out-of-hours convenience shopping.

From a systems perspective, JM took a pragmatic approach—systems that were not customer-facing should, if possible, stay the same. So, logistics, supply chain, finance, and HR systems should not require changes.

Integration was a significant concern, with eight of more legacy systems to interconnect. Moreover, integration of 3rd party hardware, including NFC, IoT devices, and digital cameras, would need to be fast to build and adjust. The experimental nature of the laboratory meant there could be a continual churn of different devices added to the landscape at short notice.

Having used OutSystems for two previous business solutions, JM knew that the OutSystems would help them achieve the required agility for integration, as well as continuous iterative development of the consumer-facing mobile app. 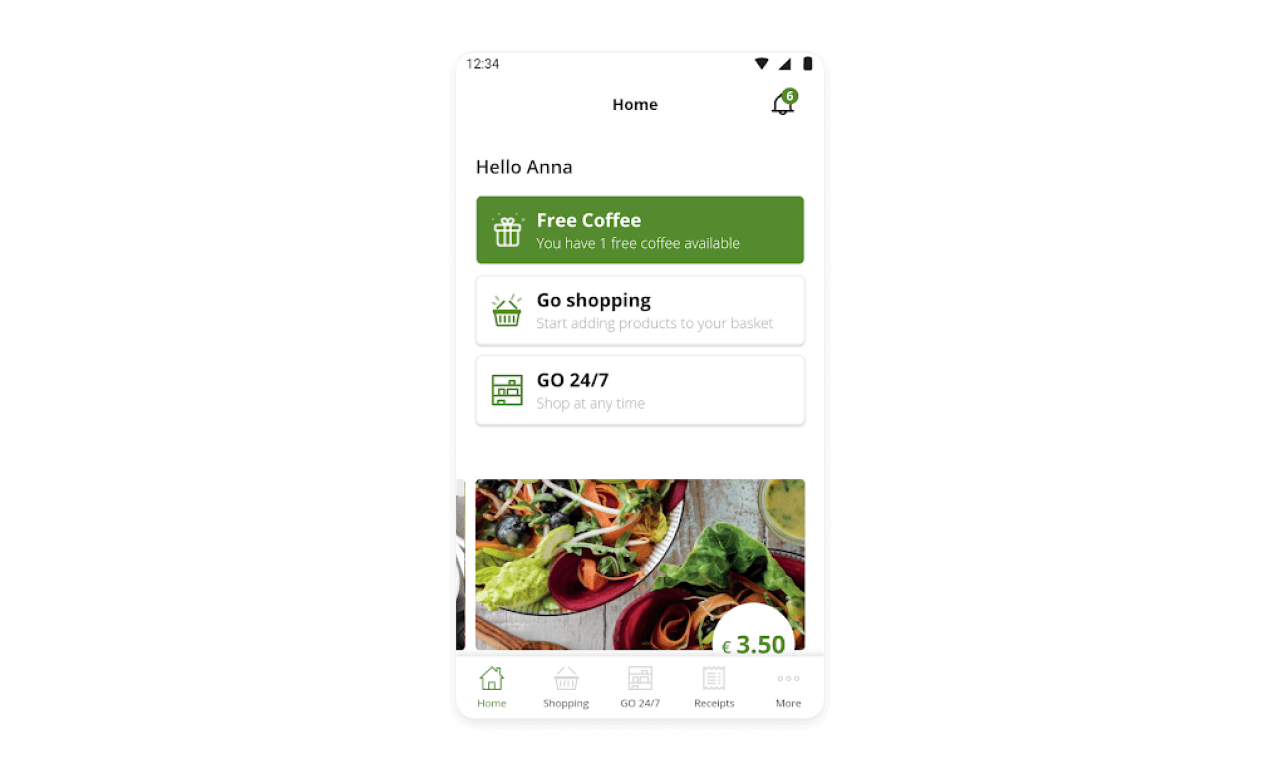 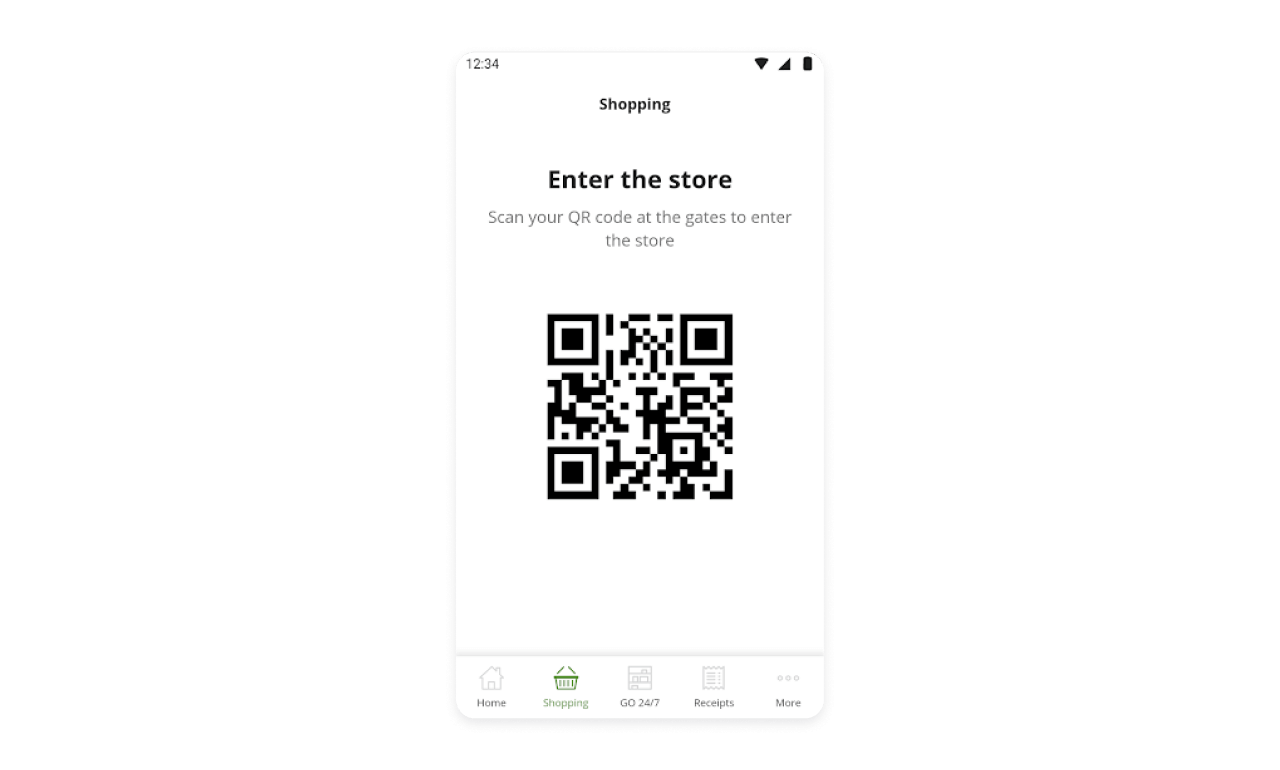 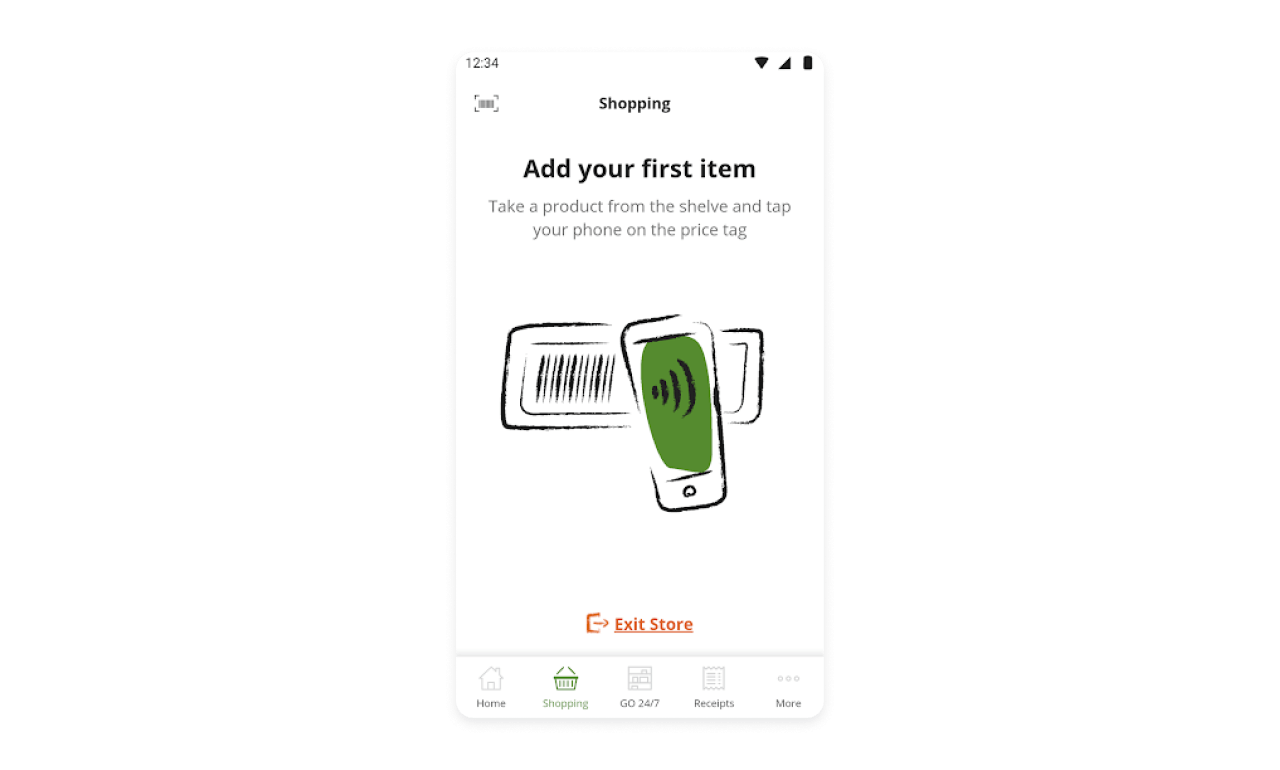 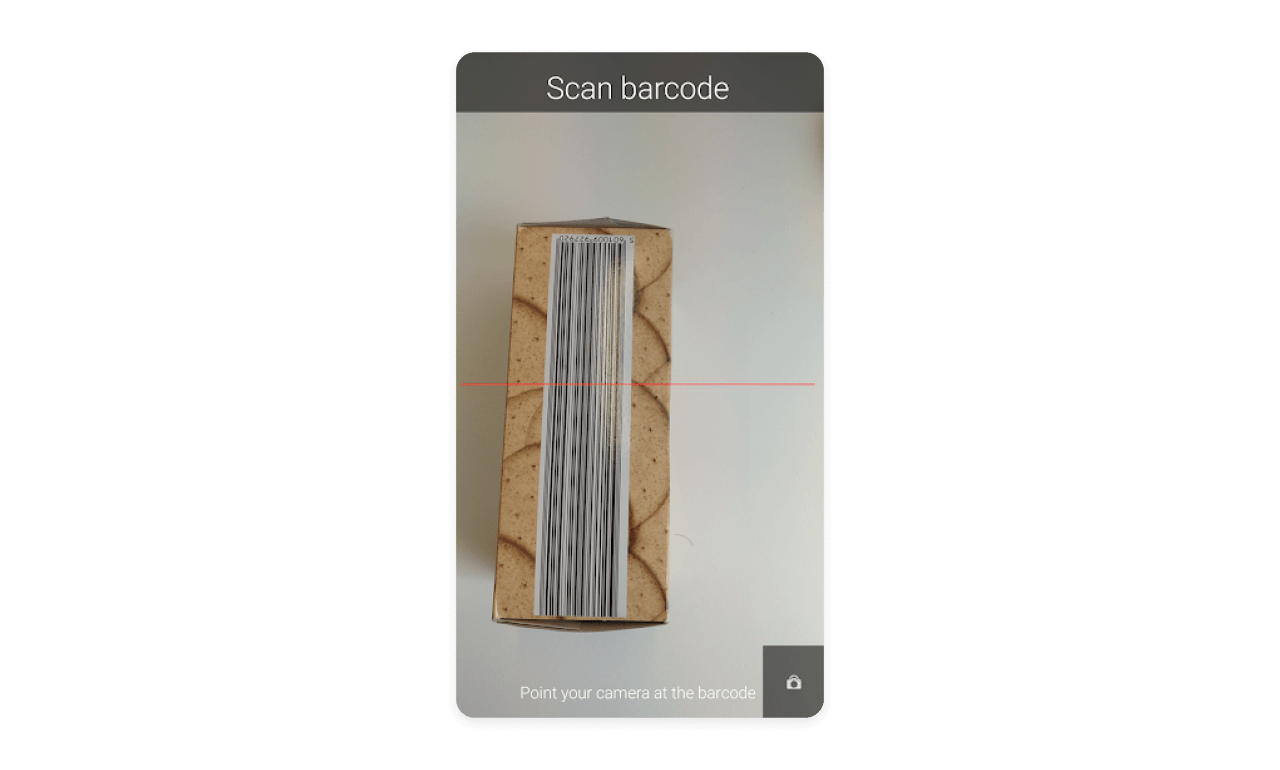 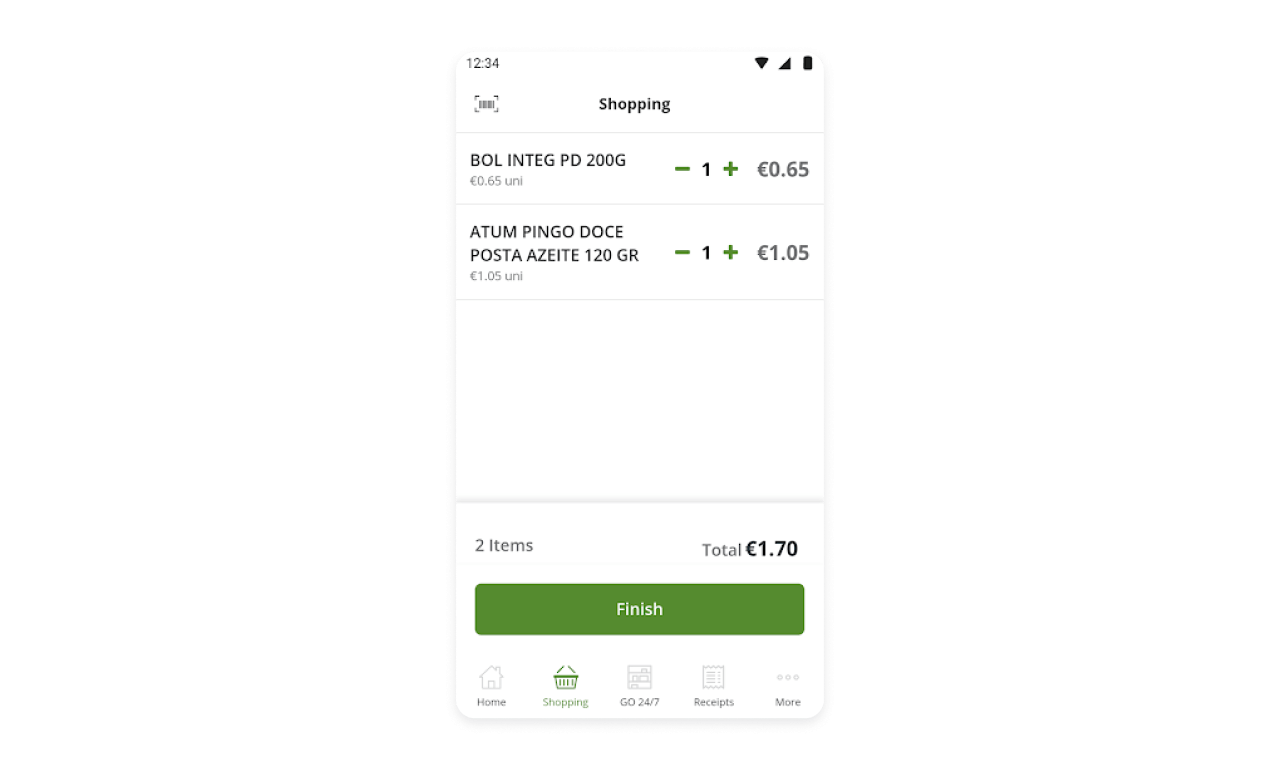 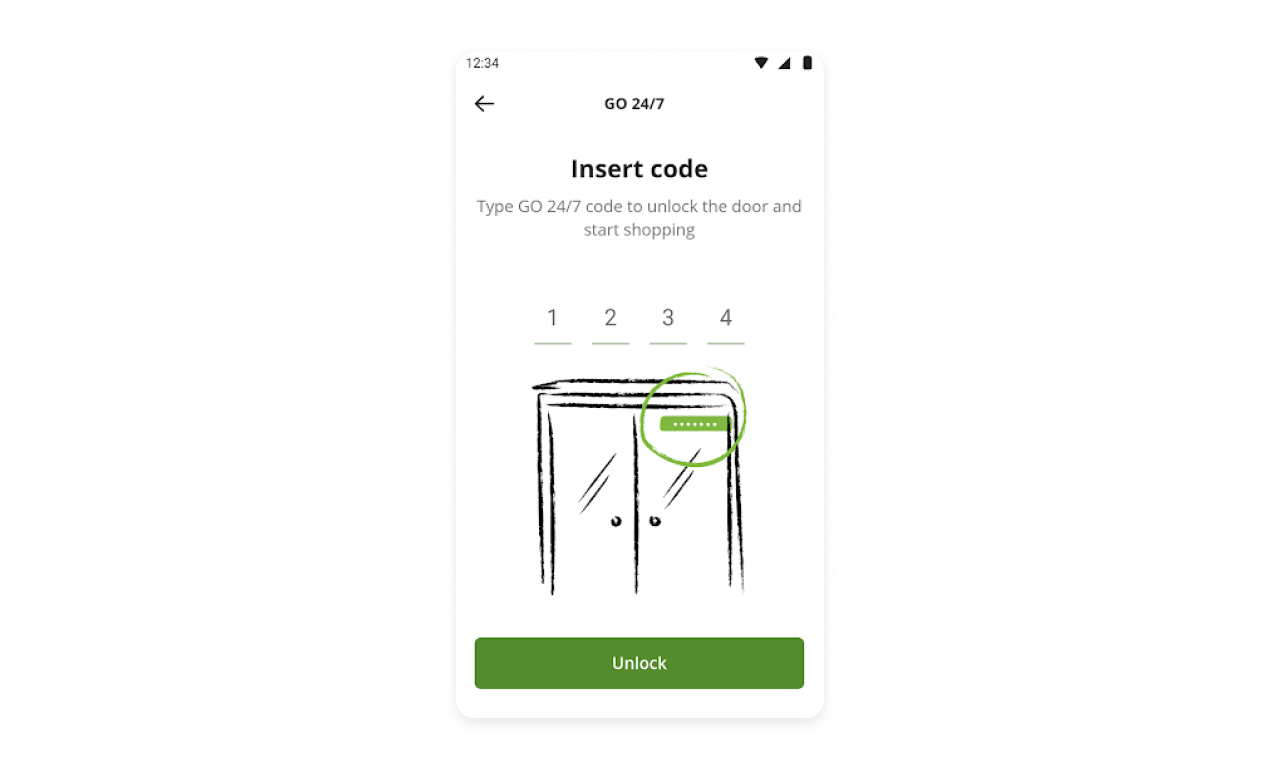 Truewind is a well-established global solutions provider and a leading OutSystems Partner. We are specialized in guiding and accelerating our customers’ journey through their agile...

From Experiment to Long-Term Success

Working with Truewind, an OutSystems Elite Partner, Jerónimo Martins built a tight and dedicated project team. Commenting on the approach, André said, “It was important for our team members to have a clean-slate mindset, rather than having people so ingrained in our established ways of working. Four of the five people were from our management trainee program and under 30 years old.”

The initial solution was built in around twenty weeks, in two-week sprints. There were several dependencies to 3rd party systems, which meant overall it took 42 weeks for the store to go live.

The following video gives an overview of the consumer app, the in-store experience, and the 24/7 self-service cabinets. The solution required integration to eight legacy business systems, including SAP, ePOS, and a loyalty system.

Capabilities of the overall solution include:

Computer vision is an essential aspect of this futuristic store, with dozens of cameras in the ceiling and on shelves. The combination of computer vision and AI can help automate replenishment, act as a back-up for NFC and label scanning, aid security, and potentially completely avoid check-out queues. Moreover, computer vision has the potential to make shopping even easier by eliminating the need for NFC or label scanning.

OutSystems helped Jerónimo Martins’ experimentation from multiple perspectives—faster development, built-in DevOps for automated deployment, pre-built UI templates and patterns that make it easier to deliver pixel-perfect user experiences, and more. Working in a test and learn scenario inevitably involves rework. With rapid application developmentchanges could be made in minutes or hours.

Being able to rapidly integrate numerous systems in a way that was equally fast to change was a crucial role for the rapid application development platform, as Rui explained, “With OutSystems we were able to integrate eight legacy systems quickly, and if needed we could easily make changes as external systems or connected devices change. As a laboratory, these rapid changes are all part of the experiment.”

During the development project Truewind developers created disposable mock-ups of several legacy systems. These enabled integrations to be built and tested in a laboratory setting before the legacy systems became available. This helped keep the project on track, as otherwise integration and all dependencies would have been delayed. The high speed of development on OutSystems meant that these mock-ups could be thrown away without remorse once the real systems came online.

The experiment continues with two-week sprints helping Jerónimo Martins continually refine the user experience based on feedback and data gained from hundreds of store visits every day.