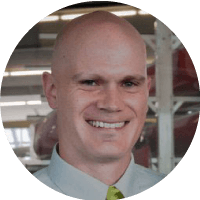 "It was clearly a speed-to-market situation, and it worked out. It put us in a great position going forward. Creating this app the way we did has helped us ship things quicker, communicate better, and have more items available later in the year."
Matt Burns, Software Developer, Burton

To continue innovating and changing the way people enjoy the outdoors, Burton had to revamp its logistics operations. The company needed to ensure the right products were on hand where and when customers wanted them. And, they had to move quickly to capture more sales during the peak winter months. Using OutSystems, Burton delivered a fully functioning app in just eight months—by Black Friday. The app processes 56 shipments a day on average, kept pace for 14 days straight with more than 200 shipments, and generated 10 times its ROI in revenue.

Challenge - For years, snowboarding equipment and apparel sales followed a predictable pattern. Vendors shipped inventory months ahead of winter, and consumers “kitted up” before the first snowflakes flew, bought sparingly in peak snowboard season, then geared up for clearance sales in the spring.

In recent years, that pattern has shifted to more winter sales and online purchases, leaving the market with far too much inventory. Stores in regions with disappointing winter snowfalls struggled. Vendors re-bought the leftovers and sold them at even steeper postseason discounts.

Observing this shift, Burton knew it was time to find a different way to move goods through its sales channels so that when customers wanted to buy, there were enough products on hand. But, they also had to be sure they weren’t incurring big inventory carrying costs.

The sales resources were already there, but they needed tweaking. Burton had working warehouses in Columbus, Ohio and Aurich, Germany, and was ramping up its e-commerce business. And 12 flagship and outlet stores in the US had expanded its sales base. Even though stores and the Burton warehouses could swap products during the season and occasionally did, the ordering, tracking, and cataloging were cumbersome under the old system.

“We needed to figure out how to get the best margin out of our products that we could,” said Matt Burns, a software developer at Burton. “Needless to say, when you’re selling at 40 to 60 percent off at the end of the year, that’s not happening.”

Helping Customers Purchase From Any Channel

Solution - Burton decided to create a new app that would connect all the sales points and tie them into their back-end systems. The app they planned included a transparent layer that enabled customers to purchase from any channel—stores, dealers, and Burton’s e-commerce site. If the Burton warehouse ran out of “Name Dropper Ltd” snowboards or “Kids’ Metalhead” backpacks in February, employees could scour stores and get products sent to buyers quickly. Employees themselves could walk around with tablets, tag and package specific items for shipment, and move them quickly.

Then the race was on to beat what Burns called “the incredible shrinking delivery date.” Management’s original timetable called for delivery in 14 months, then it was narrowed to 11 months. It was narrowed one more time to eight months after Burton decided they wanted it up and running by Black Friday, the day after Thanksgiving.

With only two resources available to work on the project—Burns himself and an intern—Burns knew conventional coding was not the way to meet the aggressive new deadline. Because Burton had previously used OutSystems for another project, Burns knew what he had to do.

“Without having a very experienced web developer and having to develop a whole new web UI, we decided to go with the OutSystems platform,” Burns said. “That was the only way it could get done. We trusted the program, and we knew we could do it.”

Results - Burns and his intern got the job done, completing an MVP (minimum viable product) app in about 500 hours, which was about one-third of the time he estimated for a conventionally coded app. Better still, it was in half the time he originally projected for the OutSystems work.

“It was clearly a speed-to-market situation, and it worked out great,” he said. “It put us in a great position going forward.”

The new logistics solution helps Burton move goods through its sales channels and avoid big inventory carrying costs. For instance, Burton employees use the app on either a tablet or touch screen when a warehouse runs out of snowboards, clothing, or backpacks. The employees can scour stores that have that inventory on hand and get the product sent to buyers quickly.

A little over a year into the implementation of the app, Burns says that it has averaged 56 shipments a day, kept pace for 14 days straight of 200+ shipments, and generated 10 times ROI in revenue. He said the company is maintaining historically low inventory, avoiding off-price store sales, and turning summer sell-offs into “shopping events” rather than clearance sales.

“We sell fun in the outdoors—but the inventory has to be there when people are buying,” he said. “Creating this app has helped us do this much better.”

Burton has since extended its retail presence to the EU with 4 flagship store openings in the last 2 years, with plans for 10 additional stores in Japan to follow. Burton will use the logistics solution to support sales in both regions.

Beeztees transforms into a flexible and marketing-driven organization 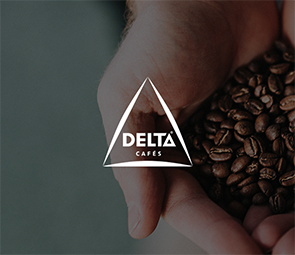