As seen in InfoWorld, from IDG.

The Salesforce purchase of MuleSoft sets up a showdown between massive cloud software vendors and microservices, creating a dilemma for digital leaders who are defining their next-gen system strategies.

In One Corner, We Have Microservices

In the world of microservices, an organization’s ecosystem or architecture is a large collection of applications and services built in-house and a “pulverized” collection of services managed by SaaS vendors. Every relevant digital asset is seen as a service that has a interface with an API and an SLA. Applications compose these services into a user interface with multiple touchpoints. When defining their back ends, architects take a pragmatic best-of-breed approach. If the service is already built and available, the team says, “Cool, let’s do it; let’s use it; let’s rent it.”

The level of innovation dictates the choice between rent or build. If a service is a commodity used by most organizations, there is likely to be a SaaS vendor for it. If the service is not there—if it’s something new—a team is put together, and they build it. And, it evolves on its own. In a reflection of Conway’s Law, autonomous teams manage the service in CI/CD mode at a fast pace fueled by change. Typically, this service reuses APIs from others and adds new logic and state. In other words, it manages its own repository of data. It becomes a microsystem of record with logic, and the APIs it provides are eventually woven into an organization’s fabric of services and data.

Using rented services means being okay with adapting to whatever function they implement and relinquishing the control of the release cycle, so it’s important that these services address areas of the business that follow industry best practices and that change is minimal. For the parts that implement the specific requirements, a big backlog develops that has to be addressed—fast. It can only be flushed by controlling the CI/CD pipeline. And, so these smart teams keep integrating, building, changing, and delivering.

MuleSoft is in the midst of all this. It calls it the “composable enterprise.” It sees everything as pulverized microservices, and with its integration platform its ambition is (or used to be) to stitch them into something bigger.

In the Other Corner, We Have the Megacloud

At the other end of the spectrum are Salesforce, Workday, SAP, and Oracle. They exemplify what I call “megacloud.” They follow a strategy similar to that of the enterprise software suites of the 1990s, which combined ERP, HR, CRM, and others into monolithic packages. Today’s megaclouds increasingly operate on that same “one-stop shop” premise.

The alluring promise is that there’s no need to go through the hassle of stitching multiple vendor services and assuring data consistency. They gobble up all these services, integrate them in their clouds, and offer an increasingly large amount of functionality coverage. Their ambition is for companies that once called themselves an “SAP house” to say they’re a “Salesforce house” or a “Workday house.”

Where the Battle of the Pulverized vs. the Monolith Is Taking Us

What does this kind of divergence mean to those leaders reviewing their strategies? It depends. There are conservative, slow-moving enterprises that succumb to the allure of the monolithic cloud. They believe that if you get everything from the same place, it will all work together better.

Interestingly, the nimble, rapid-fire companies like Netflix, Twitter, Amazon, and Spotify subscribe to the pulverized model. And what do their histories tell us? They’re the innovators. They’re the ones at the top.

So, if you want to be an industry leader, you cannot go to a megacloud; you have to fight the megacloud. In fact, you should pulverize it. Innovation comes from stitching together best-of-breed parts, functions, and data sets unique to your business, and the complex definitions of the UI experienced by your employees, customers and partners.

With all that said, why would a megacloud buy a company that advocates for “a composable enterprise of micro things” strategy? It’s an interesting move. Fundamentally, it’s because that company is an on-premises-to-cloud integrator. But organizations should still wonder whether by going the route of being a “X vendor house,” they will retain the capacity to reinvent their business constantly and fight the good fight with upcoming digital-savvy competitors.

The real question is, which corner are you in? 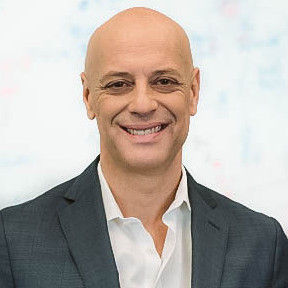 I founded OutSystems in 2001 with a vision to help customers innovate faster and fundamentally change how enterprise software is developed. Staying true to this vision, I've led OutSystems to become a global leader and pioneer in the application development platform market and one of the fastest growing B2B tech companies in the world. Before starting OutSystems, I co-founded Intervento, an e-business software infrastructure company that was successfully sold in 1999. I also worked for Oracle Corp, where I held multiple positions in R&D and product management. I've participated in multiple executive education programs and hold a Master's in Computer Science from Stanford University and a Computer Engineering degree from Universidade Nova, Lisbon.

An Architect Avoids Noodling Through a Developer Conference: A Modern-Day Spaghetti Western