OutSystems, provider of the number one platform for low-code application development, today announced outsystems.ai, a new program that advances the company’s mission to bring the power of artificial intelligence and machine learning (AL/ML) to software development. The project introduces a new outsystems.ai domain, names a new head of the OutSystems AI/ML group, and launches new and ongoing research into AI-assisted software development. 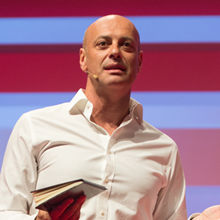 "Eight months ago, we announced our bold vision for Project Turing. Today’s launch of outsystems.ai moves the needle even further toward reducing the complexity of development and changing enterprise software with exciting new and ongoing research into AI-assisted development."
Paulo Rosado, OutSystems CEO

Heading up outsystems.ai is Antonio Alegria, an expert in computer engineering and machine learning, and a veteran at designing and building products to leverage AI.

“The outsystems.ai initiative illustrates the commitment OutSystems is making to explore new technologies that improve software development processes,” said Alegria, head of OutSystems AI group. “We look forward to building on Project Turing, which aims to continue the evolution of intuitive development started by the Turing programming language. Humans speaking the language of computers has brought technology a long way, but as machines continue to change and their ubiquity in our daily lives increases, we need to evolve bi-directional communication in a way that is more natural for everyone.”

Alegria’s team at OutSystems has several academic initiatives underway. A partnership with Dr. Ruben Martins, a renowned research scientist at Carnegie Mellon University, is exploring program synthesis, which is the idea that computers can write programs automatically. OutSystems also has other ongoing research projects with researchers at IST and Técnico Lisboa.

Just this month, Gartner identified AI-Driven Development as a Top 10 strategic technology trend for 2019. According to Gartner, “By 2022, at least 40 percent of new application development projects will have AI co-developers on their team.”