When you decided to study computer science, you knew what you wanted: to create something that would forever change the world as we know it. You were going to be the next Elon Musk. But instead of learning how to program the next rocket to Mars, you’re stuck learning Scheme and other languages that you probably will never use in real life.

We, the Ecosystems Talent team at OutSystems, wanted to change that, even if just for one day—or two. So, a couple of weeks ago, we went to beautiful Royal Holloway University in Egham to see if there were any students interested in transforming their dreams into reality. Right in the middle of the exam season, 20 brave students put their studies aside for a moment and embarked on an unforgettable journey.

With our partners Truewind and Green Lemon Company, we came up with a set of problems that these students had to solve in just 48 hours. There was only one rule: they had to use the OutSystems low-code platform.

This rule in itself was already a challenge, but there was more to it. Although only 5% of the participants didn’t have a background in computer science (yep, there was one political science student in the group), this technology was completely unknown to all of them. So, to make their job a little less difficult, we shared the basics of our technology and sent them to the front-line of the battlefield.

Even with one day of training, each team delivered two perfectly functioning apps from scratch. For example, one of the teams developed a mobile app that brought all of the university’s communications channels together in one place, thereby breaking down the brick walls that hampered collaboration.

After a few years in the software industry, I’ve come across numerous people who have ideas for apps that can make life fun, more exciting, more accessible and, most importantly, better. To see the excited faces of these future developers and entrepreneurs as they brought their ideas to life in a matter of hours was just great. We were able to show them that they could become the next Elon Musk, Steve Jobs, or Bill Gates. They just need to be creative; the development part is not that hard.  That’s what OutSystems is all about.

But those weren’t the only results. At the end of the hackathon, we had three brand new “Most Valuable Students” who will represent OutSystems at Royal Holloway and help us take our technology to other students. In case you haven’t already, meet John Samuels.

You, too, can transform your ideas into apps. Just try OutSystems for free. And if you’d like to have this experience on your campus, drop me an email. 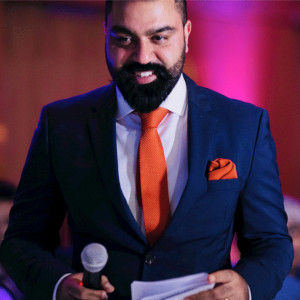 Diep always thought he was going to be a singer. But when he found out he sounded better in the shower, he decided to focus on technology instead. When he’s not playing piano, accordian, tabla, or guitar, Diep spends his time helping students reaching their dreams with low-code development.