Leading Mexican logistics company Estafeta adopted OutSystems as its strategic application development platform in 2015. With a digital factory of around 22 developers, the company has dozens of web and mobile applications that power almost every aspect of its logistics operation.

OutSystems gives Estafeta the agility to innovate at speed, which enabled the logistics giant to pivot during the pandemic crisis, to seize e-commerce market share, and grow shipments by 50% in two months.

Lots of Technologies, But Not a Seamless Experience

Established in 1979, Estafeta is now one of the largest logistics companies in Mexico. The company's 6,700 employees handle nearly 43 million shipments per year, using around 3,600 vehicles, six aircraft, and over 1,000 own or franchised stores.

Technology innovation has always played a big part in Estafeta's operations. In fact, the company began offering its customers Web-based tracking tools back in 1990. Ten years later, Estafeta introduced the first electronic invoice system in Mexico. And that same year, the company also updated many of its technology platforms, including its ERP, CRM, and tracking systems.

But, as Estafeta added new technologies, integrating them became increasingly difficult. This led to poor customer experience and made work hard for employees who had to log-in to multiple systems to serve customers.

In 2015, Estafeta turned to OutSystems to help accelerate its digital transformation and improve the customer experience.

Years of Frustration Eliminated in 11 Weeks

The first application delivered was MiEstafeta™, a web and mobile-friendly application that allows customers and employees to schedule pickups, track shipments, and access other information.

Carlos Cedano Villavicencio, Estafeta's IT strategic project manager, takes up the story. "MiEstafeta was our first experience using agile development methods, and it changed the way we think. Using our previous approach, it would have taken a larger team and six months to pull off. With OutSystems, we built the application in just 11 weeks—and used just three developers and one team lead."

That first project was delivered in partnership with OutSystems professional services. But in the weeks that followed, Estafeta's own developers were trained and certified, and the application development team of eight tech leads and fifteen developers is now self-sufficient.

"Most of our developers have a .NET development background," explains Juan Manuel Monterrubio Portilla, Estafeta's development manager. "We use the OutSystems free guided learning paths to get new developers started. Then I assess them, and we use OutSystems certification exams. Within two to three weeks, they're starting to deliver value, and within a month, they're fully productive members of the development team. This saves a lot of time compared to onboarding traditional developers, where we'd have to spend more time on standards, security, documentation, and DevOps tooling."

In the following five years, Estafeta's development team has delivered all kinds of applications using OutSystems: 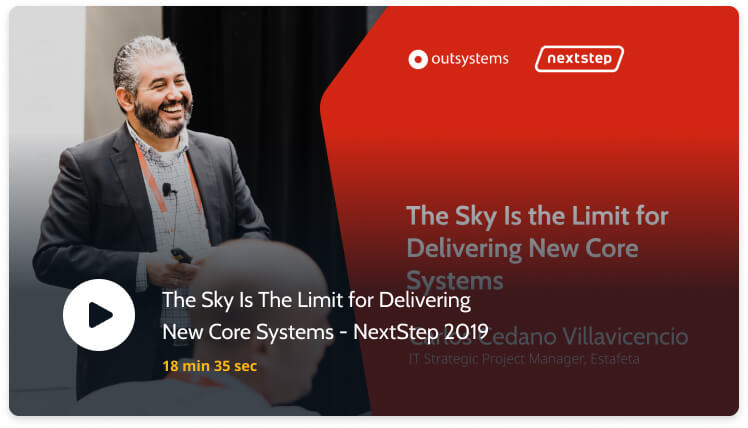 Estafeta's OutSystems digital factory team has eight or more projects running in parallel, continuously delivering and maintaining the applications the company needs at the pace required to delight customers and grow market share.

"We had many issues with our old CRM," explains Carlos Cedano Villavicencio, Estafeta's IT strategic project manager. "Configuration and changes were too slow to keep up with our dynamically changing market."

Now Estafeta has a CRM system that it can rapidly update at the speed its market demands. Benefits include: 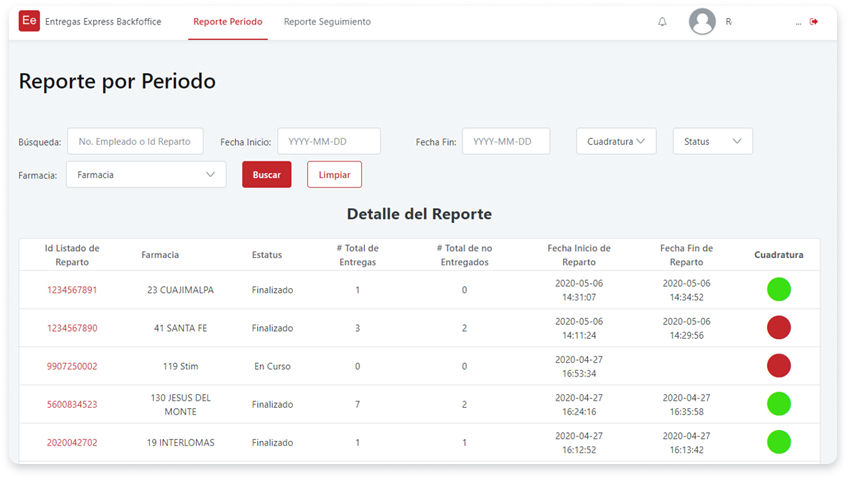 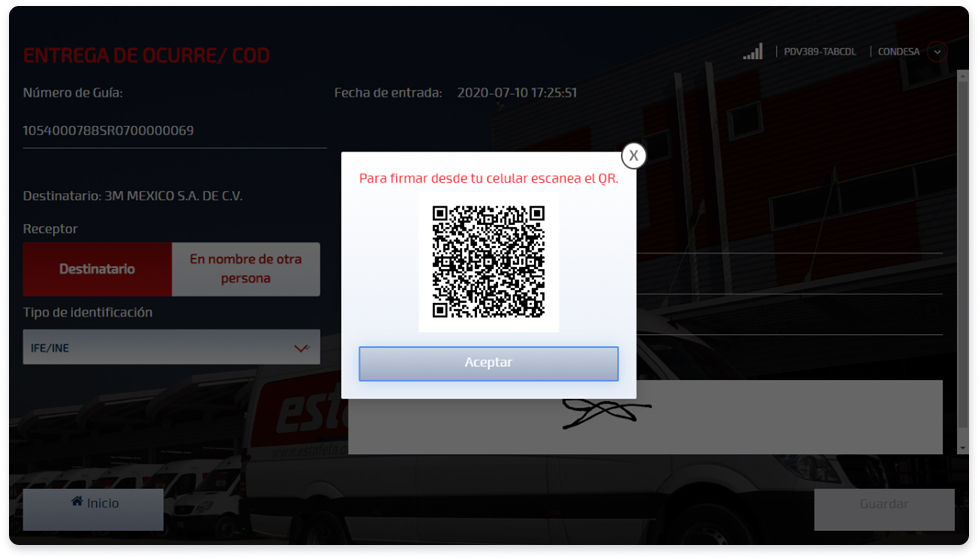 Responding to the COVID Crisis

Estafeta's agility was dramatically put to the test in the spring of 2020 when the COVID crisis severely disrupted the Mexican logistics market. As an essential logistics provider, Estafeta had to keep operating throughout the crisis. It had to adapt to shifting demand and adjust customer-facing practices to meet social distancing guidelines.

"The COVID lockdown decimated our traditional B2B logistics operation as non-essential businesses temporarily closed," explains Juan. "In the first week, we saw an 83% drop in shipping volume. We had to adapt fast."

The need to subcontract final mile deliveries to over 60 third-party logistics partners bears testament to the rapid growth Estafeta has experienced as a consequence of the COVID crisis.

Having experienced an 83% drop in delivery volume at the start of the lockdown, Estafeta now has 50% more deliveries to fulfill each day than before the COVID crisis.

"The ability to seize these kinds of opportunities is completely dependent on the agility of Estafeta's IT," explains Juan. "OutSystems gives our application development team the speed needed to step-up to these challenges. That's why OutSystems is central to our IT strategy and will remain a key factor in our approach to process improvement and innovation in the future."

Thanks to two OutSystems apps, Hermes has full visibility of every parcel and truck, as they process 20 million cross-border parcel deliveries each year.

In 2018 more than 55 million passengers traveled through this operator’s ten airports. Operational efficiency, security, and safety are paramount, to get passengers safely and promptly on their way.