Here is an example of an extension that wraps the Google Custom Search Engine that is available in the Forge. 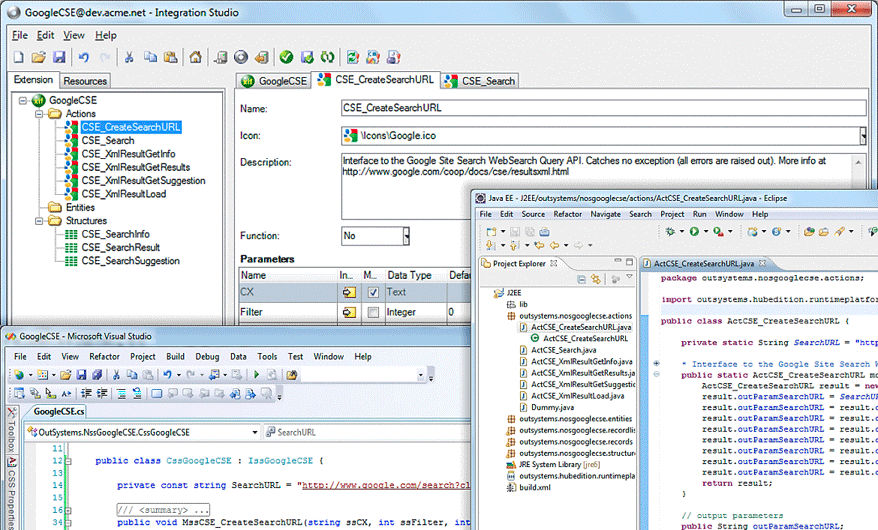