In order to grow its market share, Liberty Seguros (part of Liberty Mutual Group), needed to provide its brokers and customers the very best customer experience—especially since its brokers are free to choose any provider. That’s why since 2004, Liberty has used OutSystems to build and maintain "Liberty Connect," an integrated suite of 83 applications that serves its entire distribution network. Policy growth of 274% in a static market bears testament to the success of Liberty’s approach. Liberty Seguros has grown its business from 250,000 to serving nearly 1 million customers through a network of 1,550 independent insurance brokers. 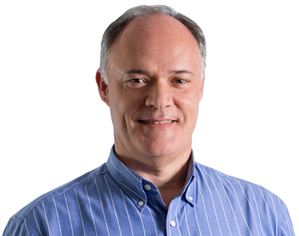 “We rely on OutSystems to build all our systems of engagement because we get to market sooner and delight our brokers and customers with brilliant experiences that work on any device.”
Eduardo Romano, CIO at Liberty Seguros

A Push to Grow Profitably

Challenge - When Eduardo Romano joined Liberty Seguros as CIO in 2004, the company’s portfolio was decreasing. Because Liberty’s brokers operate independently, they select the policies for their customers that are the fastest and easiest to quote. And Liberty struggled to deliver the products these agents required.

Adding to that tension, Romano inherited a backlog of development requirements that would take the team two years or more to deliver. Past sourcing practices had hampered agility, with multiple third-party systems contributing to long cycles of requirements gathering and procurement.

IT was struggling to keep up with demand. By the time new systems went live, business requirements had often moved on, and vendor staff turnover frequently aggravated and delayed enhancements. As a consequence, shadow IT had become prevalent in several departments.

“Being part of multi-billion Liberty Mutual, we had a lot of financial-industry rigor and formality around our development process. Agile development was just in its infancy, and no one had even heard of low-code,” explained Romano.

For Liberty to improve agent and customer experience fast enough to out-compete its rivals, Romano realized he would have to transform the IT department’s development and delivery practices.

Increasing IT Responsiveness and Agility

Solution - Romano was looking for a rapid application development solution. Being located in Lisbon, it wasn’t long before he met a plucky startup called OutSystems that was literally, and metaphorically, speaking his language.

Romano takes up the story: “When we met Paulo and his team, we were impressed by their vision for model-driven development and automated deployment. I believed their approach could make us much more responsive to the business. OutSystems was a good fit as we wanted to stay with .NET and wanted the flexibility to incorporate our own code.”

Persuading Liberty’s US IT colleagues that the company should bet on a virtual startup like OutSystems took courage, as did Romano’s plans for rapid application development over the next few months. “For low-code to make a significant difference to our backlog, we couldn’t limit its use to just light-weight, internal applications. To prove its worth, we needed low-code to become the standard approach, even for strategic, customer-facing systems.”

From the outset, Liberty invested in the training and processes to make low-code a sustainable success for the business.

"Establishing our own low-code factory was essential to make us more responsive to the business. It enabled us to break free from the bloated requirements and procurement practices that had slowed innovation in the past.”
Eduardo Romano, CIO at Liberty Seguros

These principles have remained true ever since. Liberty has shunned the idea of outsourcing or offshoring application development, in favor of the agility advantage that their in-house low-code factory provides.

Results - Since 2004, Liberty has experienced significant growth, moving from 250,000 to 1 million customers with an average of 1.4 policies per customer. They’ve also increased policy sales to 274 percent, grown their office branches, and attracted more agents. In short, Liberty has built steadily upon its brand.

As a pioneer of low-code development for over 14 years, Liberty now has 29 in-house developers. The insurer has delivered and continuously updated 83 applications, many of which directly serve brokers, their clients, and third parties, like vehicle repair shops and healthcare specialists.

“Our indirect business model places a huge responsibility on Liberty’s IT,” explains Romano. “We don’t have tied agents, which means we always have to be at the top of our game to remain the preferred insurance provider for our brokers. Our job is to ensure the systems and communications Liberty provides to brokers makes us the easiest insurance provider to work with. OutSystems is at the heart of all the digital experiences we develop and gives us the agility and consistency to deliver on that mission.”

Liberty’s strategy appears to be working. Despite a static market, the firm has been growing at two to three times the rate of its competitors.

The major benefits of OutSystems from IT’s perspective:

For more information on Liberty’s story, read Eduardo Romano’s post on our blog, which explores the role of low-code in combating digital disruption in the insurance market.