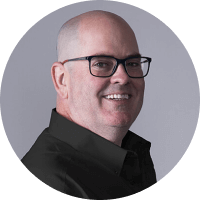 NHS needed to build a mobile app and an online patient booking system in 2 months. With a low-code platform, it took less than 7 weeks. See how they did it.