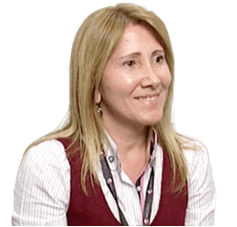 “We are a merger of several companies, so we have a lot of systems, complex applications, and OutSystems makes a difference in this scenario. OutSystems is a strategic platform for us. We use it to develop all front-end integration applications, and also to refactor all the small client-server applications that we have.”

Fidelidade is the leading insurance operator in Portugal, marketing products in all insurance areas as part of a multi-brand strategy. It has the most diversified insurance products sales network in the Portuguese market which includes dedicated sales counters, associated mediators, agents, brokers, Fidelidade branch offices, post-office counters and internet and telephone channel.
Having grown in the previous decade through mergers and acquisitions, the insurance companies of Fidelidade now incorporate several business channels as well as different IT systems, applications and technical personnel from each acquired company.

The challenge was aligning the different teams and technologies with the company’s consolidated IT strategy. A big challenge was that much of the business logic for the different channels was hardwired into the mainframe systems. In addition the team had used screen scraping technology to update the legacy ‘green screens’. The result over the years was a mix of technologies.
Given this scenario, the first approach to get the IT team up and running was to focus as much as possible on a single development platform for all these systems and discontinue all the rest. As such, they discontinued their Siebel frontend systems, since Siebel wasn’t strategic, and focused on the CISN – Internal Channel development platform that most of their people knew.

The IT team began working in this manner, but soon realized that they needed a platform that allowed them to keep up with the channel systems' evolving functionality needs as well as supporting the ability to deliver new channels rapidly.

Furthermore as their internal channel applications began to grow in size and complexity the maintenance team found it could not keep up with the business change requests creating a bottleneck for the company. Effectively, their IT department was no longer able to respond to business in terms of development speed and productivity.

In addition to their internal channel platform the insurance companies’ IT department also used Microsoft .Net. This platform had evolved over time, with several older ASP and newer ASP.Net applications co-existing. Adding to the IT backlog, the older ASP applications were slowly being migrated to ASP.Net.

Along with this application migration, the IT team decided to shift their technical staff to the .Net development platform. This conversion, however, was not successful: it was taking much longer than expected and productivity was still lagging behind their expected standards.
Fidelidade’s insurance companies’ IT department needed a development platform that would support all IT team members and allow them to respond to business in a timely and reliable fashion.

OutSystems Platform was chosen as the development platform for their large-scale IT department because of:

OutSystems Platform was chosen as the development platform of choice for business channel applications for the insurance companies of Fidelidade. OutSystems Platform fulfilled the strategic goals that their IT department had defined, namely:

Furthermore, in terms of features and control, OutSystems Platform provided them with a complete and robust platform that:

Finally, the fact that OutSystems Platform generated standard .Net code simplified the dilemma of the IT department having to adopt and maintain “yet another platform”.
As such, they decided to undertake a proof-of-concept (POC) project for the technical viability of adopting OutSystems Platform. The POC’s focus was on the ability to co-exist and integrate with the actual systems. The POC consisted of modernizing a core application by replacing the front end with a modern web based UI. The back end would take advantage of a service-based architecture (SOA), to access services from their core mainframe systems. This approach allowed them to discontinue the use of screen-scraping and positioned the team for additional migrations.

The IT department provided a 26 bullet-point requirements list that was estimated to take 2 weeks to complete by a 2-person team from OutSystems. The POC was delivered successfully in just 1 week.

Since 2004, Liberty has used OutSystems to build and maintain "Liberty Connect," an integrated suite of 83 applications that serves its entire distribution network.