We’d been playing with the notion of bringing a little bit of color to the OutSystems community with an icon to represent what OutSystems developers are capable of and stand for. This wasn’t an easy task.

But then, through a Slack exchange, we came to an important realization: there actually are similarities between OutSystems developers and astronauts like Gordon Cooper.

After that initial discussion our designer’s table was literally full of astronaut sketches, trying to capture the essence of what makes an astronaut so special. 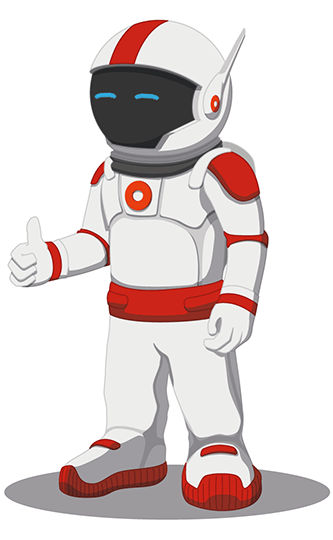 Such a messy table obviously started getting people’s attention—even our CEO, who focused on the space suit’s seals and hinges.

This typical OutSystems attention to details took us from “Here are some ideas” to “now, THAT’S cool!”

In the end, the OutSystems community was asked to help us name this space traveler.