The Young Electric Sign Co. (YESCO), a global sign maker most famous for the “Welcome to Las Vegas” sign and whose work illuminates more than 12 casinos in Las Vegas and the iconic Apple headquarters in Cupertino, needed to accelerate and streamline its delivery processes.

Sticking to the schedule

Several years ago, into its tenth decade and with a “Welcome to Las Vegas” sign that hasn’t stayed in Vegas, YESCO started making plans to modernize its app development infrastructure. Several business and technology challenges drove this decision, and CIO Warren Strong said it seemed like the right time to make a clean break. 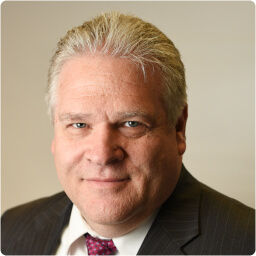 “We were trying to keep to a two-week release schedule, but with all the chaos we were finding it hard,” he said. “It was difficult to release new features, and when we did release them, we had more problems than we wanted.”

Strong and his team looked for a solution that would simplify the development environment and deliver applications faster. He looked at traditional development stacks that used coding languages such as Ruby on Rails or Python but came away convinced that they weren’t going to solve the complexity issue that was slowing down the app dev effort.

After examining several low-code platforms, Strong opted to try OutSystems when a friend in the automotive parts field recommended the solution.

“We got a trial version, we spent about a month building an application, and we felt it was a good fit,” Strong said. “It just felt like a more complete system than what we’d been looking at. And it’s turned out to be just what we needed.”

Strong’s team built the prototype for an expense reporting system that would replace an off-the-shelf program it had been using for several years. Developers later completed the app, adding specialized features that supervisors could use to match expenses to specific jobs automatically. As a result, the company had better visibility into spending. The new app saved on staff time, eliminating manual entry of expense data into specific categories.

In the next five years, YESCO rolled out four more enterprise apps that Strong said solved a series of pressing business problems:

“Getting on the OutSystems platform has been a huge benefit for us. We do all of our in-house development on OutSystems. Our developers are more productive, we build faster, and we’re able to meet deadlines.”

Strong said the agile nature of OutSystems has promoted more collaboration across the company’s business and IT functions. Business leaders come to IT more readily asking for new features, knowing they can be turned around quicker. Also, Strong reorganized the development team to partner on the same projects, sharing work on the same platform rather than pursue separate tasks on different platforms.

“Features like code sharing are a lot easier using the platform than what we were doing before,” he said.

To continue innovating and changing the way people enjoy the outdoors, Burton had to revamp its logistics operations. With OutSystems, Burton built a new logistics solution that generated 10 times its ROI in revenue.

Shawcor, a world-leading integrated energy services company, needed to replace a 20-year old legacy system, that was hampering their digital enablement strategy. Working with implementation partner Do iT Lean, and using the OutSystems platform, they delivered the new iTrack mobile app and customer portal.