OutSystems, provider of the number one platform for low-code rapid application development, reported that accelerating customer adoption is driving record growth across every aspect of the business. For 2017, OutSystems reported 63 percent growth in annual recurring revenue. The company also added 275 new enterprise customers and over 50,000 new developers. 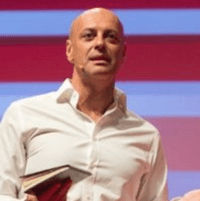 "Our customers are winning and accelerating their digital transformation initiatives with our low-code platform. This success is fueling tremendous demand from every major market around the world."
Paulo Rosado, CEO of OutSystems

OutSystems points to successful low-code adoption by customers such as Logitech, who replaced more than 80 aging Lotus Notes apps with OutSystems in 18 months. Also, Deloitte and Prudential recently demonstrated the power of the OutSystems platform at an industry conference, where they presented an application using AI and IoT for automated risk analysis.

OutSystems is preparing for even greater growth in 2018 by adding to its board and hiring more employees. Tom Schodorf, former SVP of sales and field operations at Splunk, and John Kinzer, CFO of HubSpot, recently joined as board members, and Bill Macaitis, former CRO/CMO of Slack, joined as an advisor.

In 2017, OutSystems rapidly grew to over 600 employees globally, and was named one of the Best Cloud Computing Companies and CEOs to Work for by Forbes, based on Glassdoor scores. With 55 new hires starting in January, OutSystems is entering 2018 with over 650 employees.

The Speed of Change: How Fast Are You?

Why is speed high on the list of application development priorities for companies in 2020? Our report has the answers.

The Gartner Magic Quadrant for Multiexperience Platforms evaluates top vendors for mobile development. Learn why OutSystems is a Leader for the second year in a row.