This CFO appointment comes at an important point in OutSystems history as the company is posting incredible results for the third straight year. OutSystems recently announced record-breaking growth and secured a $360 million investment round from KKR and Goldman Sachs, valuing the business at well over $1 billion.

“We needed a CFO to help us capitalize on the massive opportunity we see in the market,” said Paulo Rosado, CEO of OutSystems. “Tim brings the perfect balance of public company expertise, operational excellence, and a people-based leadership style that fits nicely into our culture. We’re thrilled to have him on the executive team.” 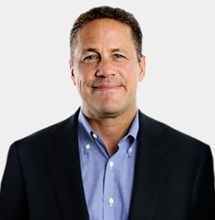 "It’s a privilege to once again work at a hyper-growth tech company with a great culture. At OutSystems, I’ll be a part of a company that is transforming the world of software as we know it. OutSystems is truly an innovative, disruptive force with a bright future."
Tim MacCarrick, CFO at OutSystems

This appointment follows a series of expansions across the executive team, the board, and advisory positions. New board members in the past year include Stephen Shanley, Director at KKR; Christian Resch, Managing Director at Goldman Sachs; John Kinzer, former CFO of HubSpot; and Tom Schodorf, Industry Advisor and former executive with Splunk Inc. Bill Macaitis, former CMO of Slack and Zendesk, also joined as an advisor to the Board.

How to Do It with Low-Code series

Explore what you can do with low-code in this blog series, from consuming/exposing APIs to building PWAs and chatbots.