Banks were among the early adopters of digital. They started with digital payments and then linked all kinds of products to them. The result is a complex IT landscape with a lot of dependencies, solutions created to solve just one problem, and cross-pollination.

But such a legacy IT system is not flexible, which is precisely what is needed to be able to quickly roll out new features and apps, nor is it sustainable in the long run. In this article, four experts share how banks can overcome the challenges created by legacy systems.

Timo Span, a Deloitte partner involved in a lot of banking projects, warns that banks should not approach their legacy systems on a grand scale.

"I don't believe in a major transformation," he says. "I think it has to be done in distinct steps. Do it in a targeted way, not monolithically."

According to him, the banks have to erode their systems step by step, replace functionality, and then turn it off in the large system. "Legacy systems have been up and running for about 50 years. If you take five to ten years to tackle the core, you will have created yet another legacy."

Span increasingly supports SaaS, cloud, and hybrid solutions, and he puts the fears that they cannot meet high security and privacy requirements into perspective. "Major cloud parties such as Amazon and Google invest heavily in security and privacy. You can rely to a large extent—if not entirely—on their security.”

He says banks must take a good look at what is available in the market but warns them to keep the vendors focused on their strength and not to buy all kinds of additional software. “Because that will turn out to be customization of the system and then the system will be even more difficult to maintain than when you build it yourself. Besides, these implementations often take a long time and this is, again, how you get new legacy. So standardize and keep your system vanilla! Even if that means that you have to reduce your products. At least challenge your business to ask themselves what is relevant for the customers and for the bank."

New and Legacy Side by Side

None of this is happening fast enough for Rui Pereira, co-founder of low-code platform vendor OutSystems. He agrees with Span that legacy systems keep banks from innovating and that they should not upgrade their legacy systems on a grand scale. He adds that doing so is comparable to open heart surgery. It is drastic and risky, and therefore not really advisable.

Where his point of view diverges from Span is his belief that incremental improvements are not enough, although it is good to keep on improving. “What banks really need to do,” says Pereira, “is become real IT companies.”

Pereira recommends setting up a separate system that connects to the legacy system and then integrating the various functions of the bank via APIs.

"The result is banking as a service that includes the legacy with the help of APIs. The whole thing has to be scalable, flexible, and microservices-driven," he emphasizes. "Banks can then better serve customers who want high-performance and pixel-perfect engagement. What's more, their environments are much more stable." He admits immediately that this easier said than done.

Garantibank is an example of the picture Span and Pereira have painted. COO Marco Witteveen says that Garantibank has a legacy system that dates back to the 1990s. Its original function was to process transactions, Witteveen explains, not to connect to the Internet or to comply with current accounting standards.

"In today's data culture, this is no longer enough," continues Witteveen. "In the past, everything was done on a nominal basis; one million was just one million. But now you have to value a loan, with a start and end date, do a cash flow calculation, and many more variables. Financial products and loans have a certain value, and you have to be able to calculate it. Moreover, all legislation is related to data points. Regulatory authorities ask for a lot of new data points, and we have to supply them. Legacy systems can’t do this. So we need to move from process- and transaction-oriented systems to data-oriented systems."

When Witteveen joined GarantiBank almost three years ago, the bank wanted to move the large monolithic system to a fast change engine. "But I didn't dare update it to a new version. It had to keep running. That's why we implemented something separate."

The system of engagement consists of new technology that has been developed with the help of Agile methods and the OutSystems low-code platform. "We built that basic system in a year, and it is updated every week. Changes can be made quickly, which is critical because legislation is constantly changing. And the time-to-market is much faster. " In addition, this setup is easier to maintain than when there was just one system.

The core system, on the other hand, has been stripped down. All its customization has been removed. "Next year it will be ready to run out-of-the-box. Then we can even turn off the current version that is still running on our own servers on premises. We will run it in the cloud instead," Witteveen says.

Thanks to these changes and the agile way of working that came with them, IT at Garantibank can now focus on adding value to the business, says Witteveen. "We used to spend 80 percent of our time keeping the lights on. Now it’s only 20 percent. The rest Is used for business functionality and innovation.” What about the savings? They are about 20 percent. "That wasn't our first objective; we just wanted to be more agile and flexible. But the savings ultimately do pay for my investments."

Pereira emphasizes that building these kinds of systems requires experienced developers. Or a low-code platform, according to John Robinson of the British fintech Bluezest, who was once a developer himself. In his experience, the visual development environment of low-code enables people to become productive very quickly.

“For start-ups, it's all about speed and cost,” Robinson continues. “In the old days, you would buy a language like Fortran and put experienced developers to work with it, but it is way beyond that now. After two months of training, my two inexperienced developers were able to do real work. Of course, you have to review what they do, but with low-code, there was production-ready code very quickly.”

Legacy systems can be overcome, as Garantibank has demonstrated. All experts agree that the dependencies in the legacy systems, along with the risk of creating another legacy system, preclude a massive replacement project. "Just start with something small and move along in increments,” says Pereira. “You’ll get IT systems that are easy to manage, along with time and cost savings.”

The most important reason for modernizing legacy systems is the flexibility banks get in return, however. Legacy IT keeps innovation from happening at a time when it’s critical that banks adapt quickly to the changes in the marketplace. 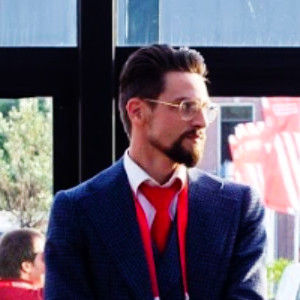