It was just another random Tuesday in the home office. Well, at least until Agile Coach Pedro Miguel Barata set the OutSystems Lisbon office Slack channel on fire. All he did was ask one of the questions that remain on everybody’s minds since we packed up our desks due to the pandemic last year, in March, and mostly since Portuguese schools closed again earlier this January for yet another lockdown.

“I’m at that point of investing in improving my setup. What I have is very basic and watching over my son means I have to split my time between the living room and the home office.”

Pedro is definitely not alone. With more and more people working from home due to the pandemic restrictions, the sales of personal computers and accessories, such as monitors, mice, and keyboards, have jumped through the roof, and the home coffee market is growing. Numerous articles on the best work from home setup popped up in almost every news publication.

Like many other companies, OutSystems provided its workers with a stipend to build a home office, and we’ve seen many of our colleagues sharing their purchases on Slack and social media. One could think that almost a year into the pandemic, the quest for the perfect home office setup would be complete. I bet you haven’t met our engineering team.

We’re talking about iteration beasts, who will gladly agile their way into almost anything: planning, designing, developing, testing, and evaluating continuously. The home office isn’t any different.

So it was no surprise when the Slack thread grew longer and longer with useful suggestions from the Lisbon office team. If you’re looking to build a developer-proof home office, read along for some of their comments.

Power to the Hub

The first person to address Pedro’s question was Product Security Engineer Rui Covelo, who simply suggested a hub. It became the main topic of a passionate discussion that goes something like this: how many devices can you link to your computer while unplugging only one cable when you need mobility (or chasing after your kid)?

Well, Rui was too quick to shoot. After rapid inspection, he later rectified that he actually has to unplug two cables — one for the hub (he uses this one) and another for the computer’s power source, which connects to his external monitor via USB-C as the hub source doesn’t work with his Mac — but his setup is nonetheless practical. We still felt clean desk envy.

At the start of the pandemic, when the OutSystems Lisbon staff began working from home, Rui also bought a new curved monitor, webcam, and desk.

The latter, a clean and minimalistic IKEA act, is the only item that did not receive his seal of approval as it wobbles when he types. He even shared a video to prove it.

With the conversation gaining momentum in the Slack channel, Architect Sérgio Freitas showcased his impressively tidy setup. To keep it affordable, he recommends a desk from IKEA, but a different model. The one he bought even passed the girlfriend test, which is why he no longer gets to use it. When you’re on lockdown, you have to pick your battles wisely.

As for the hub, before purchase, Sérgio examined the models’ compatibility, connectivity, and the capacity for supporting USB 3.1 connections and 4 or 5K resolution, as well as charging his laptop. He ended up buying this one, which he links to his two monitors and ethernet, leaving only one USB-C connected to his computer.

This is how his setup looks on top of his desk.

And, in case you are wondering how that hub stays in place, Sérgio glued it to his desk. In his own words, this may not be the cheapest setup, “but it works like a charm.”

Director of Customer Office Programs, Sara Ali, also gave her two cents. Whenever she needs added mobility and can’t stay near a second screen, she will use this hub along with this portable monitor, which she got a few years ago.

Pedro Miguel Barata was quite impressed by Ali’s idea, which Rui Covelo complemented with yet another piece of advice: using an iPad as an external monitor for those who own Apple computers.

“There are some apps that turn the iPad into an external monitor for Windows, too.”

He said, adding that he recommends Duet.

Another option brought up by Architect João Carlos Gonçalves is using a monitor with added connectivity that works like a hub, such as this one. He explained the monitor doubles as a hub and a charger and uses the same cable (a type-C) for display.

At this point, Pedro Miguel Barata was sold. A monitor with added connectivity it is. But he had another question: would a monitor from a specific brand work with devices from different makers?

Software engineer Nuno Bento came to the rescue, assuring he has worked with a Dell hub monitor while using a MacBook.

“The only issue you need to consider is how many watts your monitor can transmit via USB-C. My OutSystems laptop has a 130 W charger, and I haven’t found a monitor or hub to pair it with, but a less powerful charger will probably be enough to charge my computer most of the time.”

There’s No Such Thing as Too Many Monitors

Sérgio Dias, Head of Architecture (the Force was strong with the architects on this thread), reinforced the importance of connectivity: when choosing a 4K monitor at 60 Hz, pick your adapters wisely, or they will not support your devices, he advised. His cheap solution was using a USB-C display port cable for the second monitor (also 4k at 60 Hz) and plugging in a third monitor with a basic HDMI cable.

If you’re wondering where these monitors come from, one is a borrowed Dell from the OutSystems office, and the other is this one.

But, before you buy yet another screen, a more accessible option is to find a good laptop stand and place it next to your existing monitor. Our team’s favorites are this and this.

As for Pedro, after contemplating his options, we went from this setup…

This is what he ended up buying:

We hope this Slack thread helped you as much as it helped him. And remember, if everything else fails... 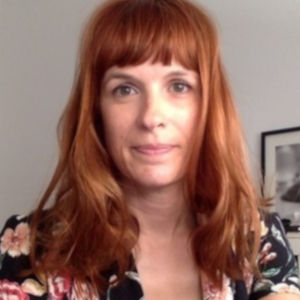