In the past few months, business experienced a phenomenon unlike any other.

As organizations adapted to new ways of working, all available resources have organized themselves towards a singular effort: preserving the business at all costs. Employees need laptops or web conference software so they can work from home? Make it happen! The business needs a way to monitor and track employee wellness, or it needs to expand its brick and mortar channels online? Build an app, pronto!

In cases where the business couldn’t provide, employees did it themselves. Online retailer, Wayfair, has seen its stock surge more than 37 percent thanks largely to home office purchases.

And while some might applaud this newfound business agility, when it comes as it did, suddenly and without preamble, it comes with tradeoffs: security risks, reduced diligence and visibility, a lack of IT governance.

Even before Covid, IT had its hands full with so-called “Shadow IT”, non-IT workers buying or building their own software and applications for use at work without ITs approval. We know from our own research, 15 percent of organizations admit Shadow IT is an issue for them. And 49 percent say they have citizen developers—business users who build/create their own software tools for use in their jobs with ITs knowledge—with only varying levels of governance.

Add it up and 69 percent of organizations have people outside of IT creating or buying software for business use.

Considering the average cost of a single security breach is roughly $4M, those 15 percent of organizations represent the most at-risk for poorly built and poorly secured business applications, followed closely by the other 49 percent.

Even though most Shadow IT happens in the line of business (LOB), Shadow IT is not a LOB problem; it’s an IT governance problem. IT has to be the one to address governance and an excellent way to do it is with a sanctioned citizen development program.

How Deep Is Your IT Backlog?

Harvard Business Review relayed a story last year about a major retail company line of business (LOB) VP who bypassed her IT department and went out and purchased a cloud-based customer acquisition solution using her own credit card. Called into a meeting with the CIO and CEO to discuss her actions, the VP explained how she had requested IT build her something similar a year earlier, but was told it would take three years to develop. She also showed data proving that since purchasing and using her new software, she had increased revenue more than $1M in just a month.

I’ll skip to the end of the story; she got to keep the software and, I’m guessing here, but IT probably killed a project they had already been working on for a year.

If your organization is like the 59 percent of companies who failed to meet 2019 IT project expectations and carried a backlog into 2020, it may only be a matter of time before savvy business users take it upon themselves to find their own tools to help them do their jobs better, faster, and more efficiently. Sometimes, like this VP, they will download something they find on the internet. Other times they may try and create it themselves using tools already on-hand (e.g., spreadsheets).

At the heart of the IT backlog issue is agility. How quickly organizations can respond to marketplace changes impacts every part of the business. Requests for new data or new processes needed to adapt the business put the onus on business users to find new ways to address challenges. Increasingly, IT and business leaders are turning to technology, and low-code is quickly becoming a technology of choice.

Our survey respondents, comprising organizations of all sizes, offered the following top three reasons for using low-code: (respondents were told to pick two)

And versus organizations not using low-code, 12 percent more of those using low-code said they improved their backlog over the past year.

How Well Are Your IT and Business Teams Aligned?

Often, the terms agility and alignment are used interchangeably, each describing an organization integrating technology into every part of its business so well, that business decisions, even those forcing a direction change, happen so smoothly the business never misses a beat. We have certainly seen which industries are better at this than others during Covid-19.

Such effortlessness doesn’t come easily, and it almost never happens in a traditional business model where decisions are made first, and the technology needed to support it comes later. But, we all have to start somewhere, and that’s where citizen development comes in.

In OutSystems 2019 State of Application Development report, only 24 percent of organizations admitted to spending the majority of their app dev time on innovation projects. Rather, most are stuck maintaining existing, legacy systems and applications.

Consider the time demands on IT in the traditional software development lifecycle:

If business has learned anything during the recent pandemic, it’s that what we relied on to sustain business yesterday can’t be counted on to sustain us tomorrow. Which means, not only can IT not afford to simply own the lifecycle of every piece of software and application in the business, it’s also not the best way to run a business. Which is where alignment comes in.

The goal of IT and business alignment is to involve everyone in running the business. Technology decisions and operations are no longer strictly the responsibility of IT, and IT becomes less a support function and gets more involved in decision making and management processes that ultimately lead to technology choices that work as expected, are adopted by users, and translate into measurable beneficial results for the business.

It’s a great idea that requires more than good intentions. It requires a firm commitment from both sides, and in many cases, it requires investing in tools and methodologies to smooth the transition. Increasingly, organizations are turning to low-code to promote alignment (and trust).

With a citizen developer program in place, anchored by a robust low-code platform that IT owns and governs, the creation of business applications becomes a partnership, relying less on IT and more on the employees who will be using and maintaining the applications. Under the new alignment model, using low-code, IT’s involvement in the SDLC of most businesses’ apps can go from 100 percent to something more akin to this:

Even with a low-code platform to pave the way, alignment won’t happen overnight, but it will happen. Approach it as you would any other major business initiative—with planning, executive sponsorship, and an open mind—and you’ll be surprised how quickly it will become part of your DNA.

Is It Difficult Recruiting and Maintaining IT Professionals?

Forrester estimates the US economy alone will suffer a gap of 500,000 developers by 2024. In our 2019 SOAD report, only 36 percent of organizations said their developer team grew from last year, but we don’t know if the growth included just a single developer or a dozen.

In IT environments where headcount is generally stagnant, and where priorities for new applications overwhelmingly involve both business apps, and customer and partner facing apps, where do you assign your best developers? Do you put them on the business app backlog, hoping they can stem the tide? Or do you put your best developers on customer and partner facing portals and web apps where you can more easily measure impacts on revenue growth and customer sentiment, and where their skills are better suited?

Did you know that, globally, the average age of software developers puts them right in the “millennial” generation? A couple of relevant facts about millennials:

Why the demographics lesson? Understanding what developers (millennials) today want and what their motivations are, can help you meet their personal and career goals, helping you attract and maintain skilled developers over the long run.

But by any measure, most internal business applications are not the kinds of projects  skilled developers find rewarding. Though the tide is turning on this, B2E apps have historically received far less attention in the areas of design thinking and user experience than their external-facing counterparts. In short, they aren’t typically high-visibility and they certainly don’t meet the “challenge” requirement many developers need to stay engaged.

Much of the work required to build a B2E app is repetitive and can be templated, making it a great fit for citizen development, leaving skilled developers the time they need to work on challenging and personally rewarding projects and to stay on top of the latest trends in app dev. Not to mention, citizen development efforts need stakeholders in IT; people who can oversee the program, develop policies, liaison with business developers and more. These are all career building skills that look great in any developer’s portfolio of work.

The further you get into researching citizen development on your own, the more you will see comparisons between no-code and low-code. As technologies go, they are similar. They both offer visual development; they both greatly simplify and increase the rate of application development. But, as a product, they are very different.

No-code-only tools do offer many of the same features as low-code, but they do not typically allow for hand-coding, or for anything custom. Their governance capabilities are also limited since they are not adequate for use beyond the line of business. With no-code, you are very much at the mercy of what’s “in the box.”

A no-code-only solution will certainly help your team get started quickly, but as those apps gain popularity and use, they will quickly scale beyond most no-code tools’ capabilities—A.k.a., “Hitting the Wall.” Once an app hits the wall, you either have to find a new app that can scale, or take what you have and completely re-architect it, effectively losing any gains made by building the app using a no-code-only solution initially.

Enterprise-class low-code platforms offer the best of both no-and-low-code worlds. In one platform, you get capabilities that appeal to citizen and IT professionals alike. For less experienced business developers, no-code provides a wealth of templated code for quickly building industry or use-case-specific applications that can be seamlessly handed off to IT when a department app becomes more mission critical.

For IT leaders, low-code ensures proper governance over your entire app portfolio while still offering the same capabilities of many of today’s advanced integrated development environments, giving professional developers the flexibility of using either the visual modeler, or hand-coding as needed when it’s time for something out-of-the-box.

At a minimum, it’s a good time to start having exploratory conversations about involving business users in the creation of tools they will use. We invite you to learn more about OutSystems low-code for Citizen Developers and when you’re ready, give us a call. We’re here to help! 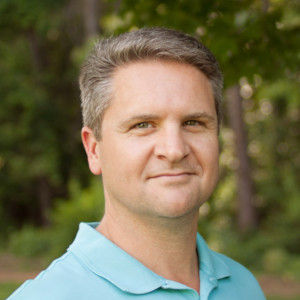 Chris Souther has been writing professionally for more than 25 years. For the first half of his professional life, he worked as, and then taught and wrote about, network and telecommunications engineering. Embracing his passion for writing, switched careers, mid-stream, and has since focused on Marketing Communications and PR. At OutSystems, Chris works closely with product teams to help communicate the value of the OutSystems low-code platform around the world.