We know that the interaction between designers and developers isn’t always the smoothest, which in some cases can make the whole design handoff seem like a scene straight out of Game of Thrones (ok, this might be a bit of a stretch, but you get my point).

The problem is that many companies still operate within a siloed infrastructure and the handoff moment is the only time designer and developer share information.

This is particularly painful in a time like today, where user experience can make or break an app and when the ability to rapidly deliver and change an app is more important than ever. It doesn't matter how quickly designers can turn out fantastic user interfaces if front-end developers aren't able to implement them in the required timeframe.

So, to help you, designers and developers out there, give peace a chance, here are 5 tips to make you a group of happy campers:

Development teams nowadays are mostly agile. However, there is generally a detachment between development and design teams which is not very agile-like.

Agile is all about the back-and-forth, with smaller and constant deliverables. 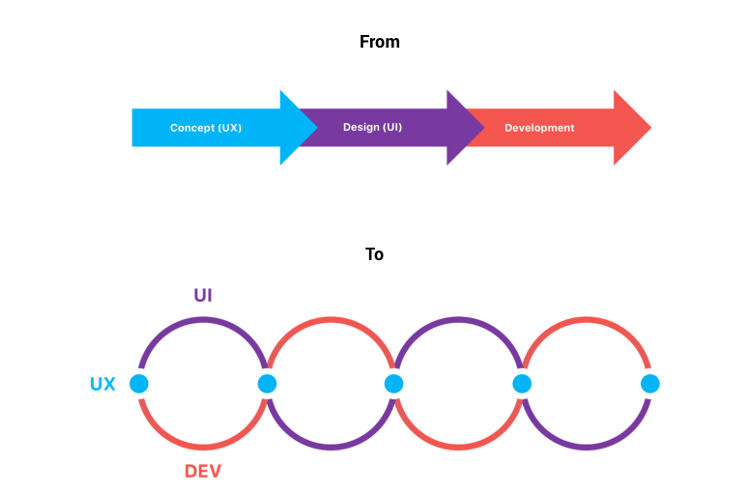 The UX team creates a high-fidelity representation on these wireframes and then development works its magic on all of it.

Therefore, UX and Front-end teams need to walk hand-in-hand. At OutSystems, we do work very closely; we sit together; we have design reviews where we trade ideas. You grow with constructive feedback. Not a single day goes by that we’re not speaking constantly, feeding and bouncing ideas off each other. 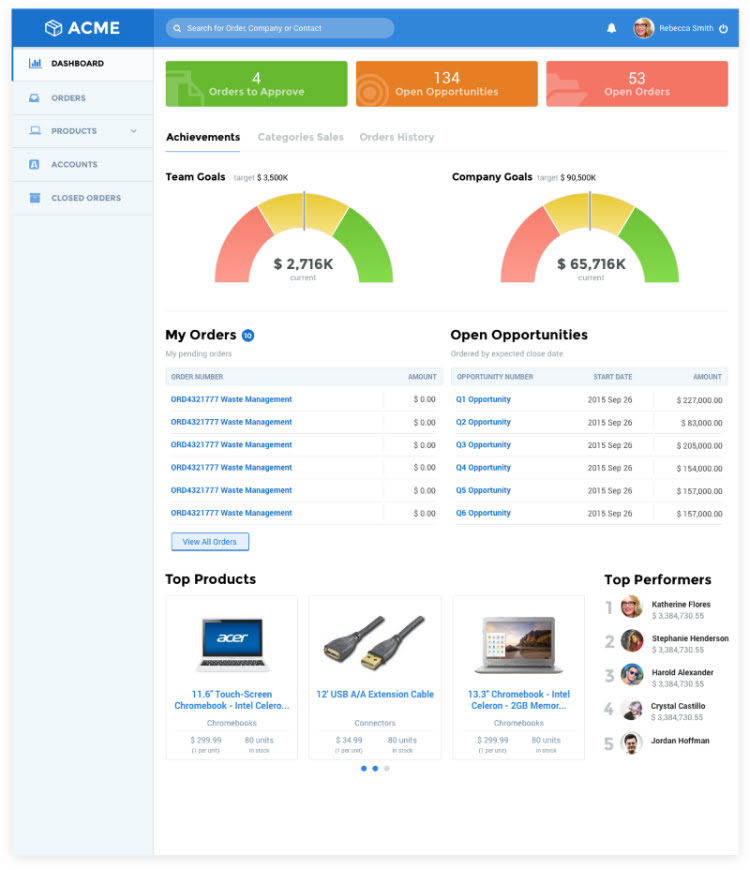 This one rings particularly true when you’re designing for B2E (business-to-enterprise for those of you who are new) instead of B2C which is a whole different ball game, in terms of design.

In B2C, you can go crazier, designing every detail, because you’re trying to woo users with your application. Every screen matters.

With B2E, you need to focus on the main use cases, so you need to get ready to win some, and lose some. You should focus on the fights you really need to win, as those will define the rest of the project. Don’t bicker over things that are not so important, focus on the critical user path because that’s what will deliver more value. 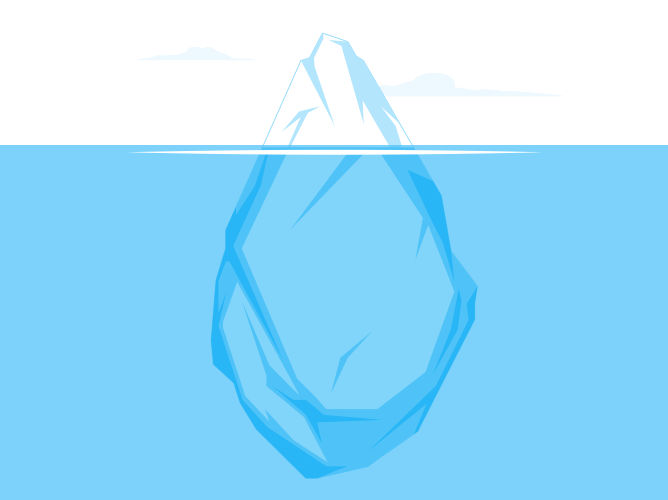 You’re designing for the tip of the iceberg — the main use cases. But you can do it so it positively affects the part of the iceberg that’s under the water.

Does this seem too much like common sense? That’s because it is.

You’re not just designing standalone pages to beautify portfolios. You’re designing components that belong to an overall design system. They have to speak the same design language and fit well together. They should be modular, reusable and scalable.

In OutSystems, you already have frameworks that help you attain this.

OutSystems UI is the OutSystems framework of choice for design. It allows us to create seamless experiences for web and mobile apps.

These are the advantages of using OutSystems UI:

My fellow colleague and UX/UI designer Juliana Ciarlini and front-end developer João Carvalho delivered a great talk on this subject, covering everything you need to know about OutSystems UI, all the way from the basics to its advanced use.

One of the complaints we keep registering is that translating a designer’s vision into something developers can work with is usually a chore. The tool sets they use are very different from one another and aren’t usually integrated well. It’s a game of give-and-take, but you don’t have to limit yourselves or compromise too much of your vision.

To ease the transition and provide guidance, we use InVision to map the user flow. With InVision you can also establish a simple two-way communication with developers and customers and you can leave or reply comments on any given element that is on screen. 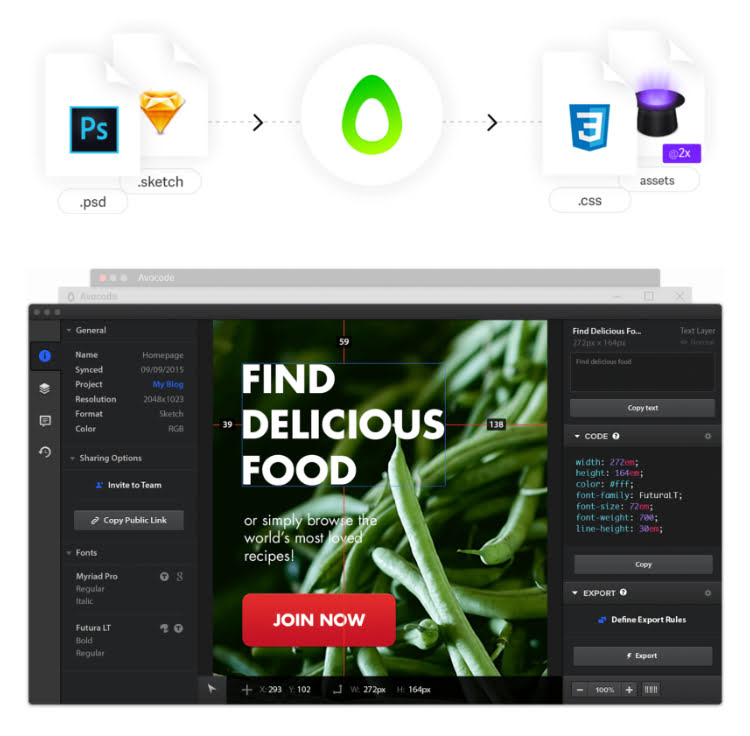 This is what apps like Avocode and Zeplin do. You feed them a design and they “translate” that design into something developers can use. You can pick every single style that is present on screen and get the corresponding CSS.

And if you want to reduce your tool stack, you now have Figma that you can use to design and translate it to code with just one tool. Which is just absolutely amazing!

These very simple tips can have a great outcome and impact on your work.

And if you want to learn more, take a look at the webinar From Design to Implementation: Front-end Development Best Practices. 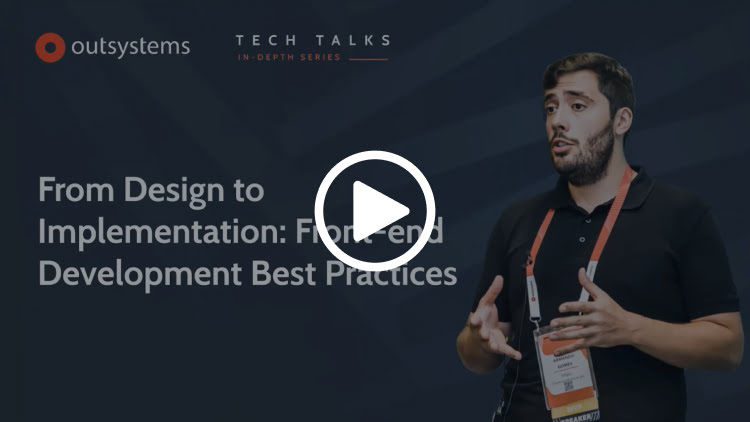 DesignOps: What Is It and Why You Need It to Manage Design at Scale