If you’ve come to this article, you’re either part of a growing business or a large organization (1000+ employees) with a bit of cash to spend—or perhaps to save—by switching to a robust platform. In this category, I’ve included tools that cater to organizations with legacy systems, nuanced integrations, an overwhelming number of applications to maintain, and business processes they need to turn into mobile experiences. In other words, these are designed to provide cross-platform development on an enterprise scale. 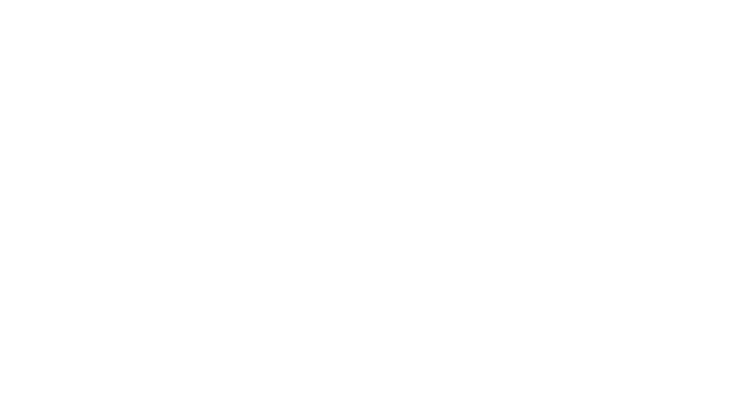 Because these are the big-ticket items and most popular with enterprises swarming with developers and with deeper pockets than independent developers and small businesses, you can easily find “pros” and “cons” for each on sites such as G2 Crowd, or in the Gartner Peer Insights. For that reason, I’m letting those reviews speak for themselves.

Xamarin is backed by Microsoft—a company known for its enduring product support. Xamarin is also built right into Visual Studio. So, if you’re familiar with C# and working with Microsoft tools, Xamarin is a strong choice. Microsoft adds a lot more to Xamarin and expands its front-end development scope with testing, analytics and back-end services running on Azure.

With users like 3M, Alaska Airlines, Slack and Kellogg’s, it’s clear to see why Xamarin is a dominating force in cross-platform mobile solutions for business. According to their materials, Xamarin is relied on by over 15,000 companies. Those organizations build mobile apps in Visual Studio that compile to native Android, iOS, and Windows Phone applications. Xamarin allows developers to build mobile apps in two ways: fully-customized interface with platform-specific APIs or by using Xamarin Forms.

Xamarin Forms mirrors the functionality of NativeScript, Flutter, Weex and React Native; it provides a set of common interface elements that compile to their platform-specific versions. Xamarin claims that by using Forms, developers can recycle up to 95% of their code (approaching the write-once-run-anywhere paradigm). However, without Forms, developers may be forced to rewrite a significant portion of their application when targeting multiple platforms.

Without Xamarin Forms, code reuse can plummet to levels unjustifiable (some developers complain of as little as 40% code reuse across platforms). And as of 2018, Xamarin is the second-most dreaded technology according to Stack Overflow’s developer survey (the only tool they dread more is Cordova).

It's another excellent option for those looking to put all their development eggs into the JavaScript basket. Appcelerator also touts immediate support for the latest OS releases. So, you’re never left waiting behind a lagging framework. And Appcelerator’s visual design editor works much like that of Xcode, but gracefully crosses borders into the territory of Android and Windows as well.

Both Telerik and NativeScript have the same parent company: Progress. It comes as no surprise then that NativeScript is recommended and bundled with Telerik’s mobile solution: the Telerik Platform. The Telerik Platform itself is another cloud-based application management and development solution, but it plugs into Visual Studio and other popular IDEs.

Telerik pulls out all the stops. They go as far as to provide a code editor, visual interface designer, 3rd-party connection manager, rich analytics reporter, direct-to-app-store publishing interface, and cloud device testing suite into one rolled-up mega tool. Their clients include NASA, Dell, Microsoft, IBM, and others.

Telerik is another all-in-one provider for your mobile development needs. It promises to streamline the development process by removing a lot of the friction for web developers trying to get into mobile, but according to some users, it falls short in terms of application lifecycle management.

Take a deep breath, because we’re about to talk Salesforce. Salesforce App Cloud combines the hosting, distribution, development, integration, and management of applications into a monolithic entity. It offers three distinct ways to build mobile applications with their platform: drag-and-drop no-code with Force.com/Lightning, by hand with the Salesforce mobile SDK, or by hand with Heroku’s toolchain for a fully customized process. Yes, that’s complicated. To get an idea of how Salesforce may complicate things further, look here:

If you want to build an app in 20 minutes with Salesforce, prepare to set aside 31 minutes. I’m teasing of course; the demo portion only required 20 minutes (preceded by 10 filled with marketing). And Lightning is the only cross-platform aspect of Salesforce that contributes to the mobile front-end, the remainder of their services are backend-focused.

Basically, Salesforce stitched together the heart of Heroku with the brain of Force.com under a skin made of Lightning components. It’s only a matter of time before the local townsfolk come after this Frankenstein’s monster with fire and pitchforks. It certainly is not a developer favorite. According to Stack Overflow, it’s the second most dreaded platform, which may be the cause for some of the comments related to its learning curve and adoption. In short, their kitchen-sink-style vertical integration may be overwhelming — especially if your data exists outside of Salesforce.

Alpha Anywhere integrates with 3rd party REST or SOAP services and offers a basic offline mode to enterprise customers. The IDE is limited to Windows users or those with Windows installed in a virtual machine.

They tout features that will sound familiar to those comparing similar tools: develop applications visually, develop 10 times faster than by using conventional tools, integrate with every database on the planet, enterprise-grade security, etc. The one sticking point for me is their apparent lack of focus on UI: even their sample applications look a bit dated. That doesn’t seem to have kept big hitters from building applications with their platform: companies like Motorola, Xerox, Accenture, and Boeing.

Mendix is another low-code tool. Mendix offers user interface elements right out of the box with their Atlas UI, and the standard drag-and-drop approach that’s a characteristic of low-code solutions. Its mobile apps are Hybrid WebView-based powered by Apache Cordova; however, to build and deliver native applications, there's the dependency from Adobe PhoneGap Service.

Its model-driven architecture aims for the creation of simple applications with low-to-no shared components or no reusability between apps. Although the custom UI capabilities are improved by the theme customizer, outside of that, there is still the need to have CSS skills and external tools to do the last mile customizations.

In Mendix’s app store, much like OutSystems Forge, developers can download additional interface and logic elements to help them connect to 3rd party services and provide extra elements to facilitate the development of applications. The extensibility is not as integrated as other solutions but is available by writing custom back-end scripts using either Java or Scala.

Kony is yet another cross-platform tool for the enterprise on our list, and it too offers a low-code option with Kony Visualizer for the front-end. They've also recently released their Kony Nitro Engine for web and mobile development. Visualizer is a simpler drag-and-drop solution, so their development acceleration claims are modest compared to low-code options: 50% faster than traditional development.

Beyond the front-end, Kony also offers their own MBaaS: MobileFabric. MobileFabric provides layers of application monitoring and deployment. Developers access these from native SDKs or restful APIs and connect MobileFabric to any number of external data sources.

Kony works much like NativeScript and React Native in the background: converting designs into native components on the fly. And due to its architecture, Kony grants developers access to native-only environments like watchOS.

You probably saw this coming; we’d be remiss if we excluded ourselves from the list. Described by Forrester as “a founder of the low-code platforms market,”* OutSystems provides a Windows-based IDE, low-code rapid mobile and web development, interface elements right out of the box, and a long list of impressive clients like Volkswagen, Intel, ING, and Hewlett-Packard.

Among all the tools listed in this article, OutSystems has the longest running track record (founded in 2001), and we have a great deal of experience. While our initial focus was on web development, as mobile grew in popularity, we began to offer responsive app development. Then, with the release of OutSystems 10, we upped our game with enterprise-grade and B2C mobile app development to the point that OutSystems is the only solution that offers a visual debugger for both iOS and Android and integrated capabilities for building and optimizing the native packages. Also, you can now find B2C applications built with OutSystems in the app stores worldwide.

It’s not all wine and roses, though. Like the products of some of our competitors, OutSystems doesn't run natively on a Mac, but don’t despair. You can use virtualization software—such as Parallels VM—instead. But probably the biggest drawback of our platform is that you are going to end up with developers who have too much time on their hands—and who knows what mischief they’ll get up to? They might go rogue and write articles for our blog.

Thanks for reading! Has your company tried any tools on this list? Are they excited to try a new one? Let me know on Twitter.

Low-Code Integration and Extensibility: Is It a Myth or a Fact?

Are We Going to Be Replaced by ChatGPT?