You’ve got three months to bring an over 150-year-old insurance company into the mobile age—what do you do? Sense Corp’s Dane Sauceda reveals how his team rose to the challenge.

The insurance industry isn’t known for being a front-runner in the digital revolution. So, I’m very proud to have led an innovative modernization project for a pioneering institution that’s setting a new digital standard for the rest of the insurance market.

Having been in business for more than 150 years, this insurance provider had accumulated a ton of processes, systems, and data along the way. Modernization was a critical strategic priority for its Long-Term Care (LTC) division. They were eager to be more creative and innovative with how they used their data, and it has been exciting to help them on that journey.

Sense Corp had been working with the insurer on building its data warehouse to meet reporting requirements. Our client sponsor, and the CIO of the LTC division, saw how valuable all that information could be if it were made visible to different roles across the division. In particular, there was a significant opportunity to keep LTC agents—who sell the company’s policies—better informed and help them manage their portfolios.

The insurer recognized this opportunity and decided to commission its first-ever mobile app. It wanted to give LTC agents the ability to instantly track the progress of their applications throughout the underwriting process.

And when it came to bidding for the work, we had an unbeatable proposition. Our closest competitor tabled a bid that would cost four times as much as ours, take twice as long, and require three times as many team members.

What gave us such a huge competitive advantage? Instead of traditional hand-coding, we planned to build the app using the OutSystems low-code development platform.

The great thing I found about working on the OutSystems platform is it’s not only easy to learn and easy to use, but there are a ton of accelerators to make development and deployment even faster.

For example, the OutSystems Forge gave us access to lots of reusable components already built by other developers, which helped speed things up. We were able to use this functionality to integrate with the insurer’s security portal, process bulk data loads, manage files, and handle push notifications. One-click deployment in OutSystems also really helped reduce the workload of deploying and managing the apps.

Plus, meeting the insurer’s strict security requirements was much simpler using Sentry. As you’d expect in a heavily regulated industry handling highly sensitive information, keeping data protected is vitally important, and Sentry gave us the additional security features we needed. Using OutSystems also helped ease the workload of defining and managing access permissions for a complex hierarchy of roles, as well as integrating the app with the existing authentication system.

I came from a traditional programming background, so it was incredible to see the capabilities of OutSystems in action. We went from absolute zero to a production-ready application (with a full data intake system, security system, backend integrations, and multiple role-based interfaces) in under three months with a team of three people. I can’t imagine being able to develop such powerful tools so quickly on any other software stack.

Adding New Capabilities (That Might Even Pay for Themselves)

Since we started, the project has become even more ambitious. What was one app has evolved into LTC AppCentral—a single portal where we can add new apps and features to help LTC agents manage every aspect of their jobs.

We’ve already added an alerts app to give agents daily notifications on any updates in their portfolio. We’re currently developing apps for commission and expense tracking, as well as the LTC Elite rewards program. But perhaps the most exciting OutSystems app we have in development right now is our Pre-Screening tool.

The Pre-Screening app will let agents use a dynamic survey—with around 1,200 potential questions—to assess potential clients’ suitability for a long-term care policy. The app won’t just save the agents time on their client assessments; it should also deliver significant cost savings for the insurer.

The complex underwriting process costs around $3,000 for every application, whether they’re approved or not. This means if we can reduce the number of unsuitable applications taking up underwriters’ time, the insurer will reap significant savings.

Just a two percent reduction—through more effective pre-screening—could save the entire cost of building the app and supporting the infrastructure. So, with OutSystems low-code, it really is possible to build an app that pays for itself.

The current application tracker and notifications apps on AppCentral are already giving LTC agents more time back in their day—and the new apps and features we’re adding will free agents up even further to spend more time with their clients. It all makes for a happier, more efficient, and more productive agent community, which is excellent news for the insurer and their bottom line.

LTC AppCentral will also be a valuable recruiting tool, signaling to prospective agents that this insurer has modern, mobile tools to support them to work more efficiently and sell more policies.

Using OutSystems to bring new digital capabilities to a 150+ year-old business quickly has been truly eye-opening. I’m delighted by what we’ve accomplished so far and excited to help this insurer continue on this ambitious modernization journey. And now that I’ve seen first-hand what a versatile, powerful platform OutSystems provides, I can’t wait to use it again in future projects. Watch this space! 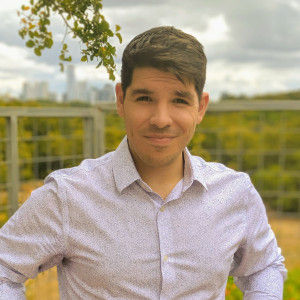 Dane is Technical Project Manager at Sense Corp, based in Austin, Texas. He is passionate about using application development to deliver creative solutions to modern business problems. Outside of work, Dane loves to travel, exercise, and read. He can also be found in local coffee shops playing chess, and other less cerebral establishments yelling at the Dallas Cowboys on TV.

How to Transform Customer Experience in Insurance