At the end of each year, just about everyone makes predictions about new technology, top technology trends and future business trends. The fact is the three have become inseparable.

Software development will continue to push out to the edge of enterprises, but not at developers' expense. In fact, developers will remain essential to companies' ability to innovate.

Traditional developers and citizen developers will use their problem-solving prowess to help differentiate their companies, which will result in the creation of more apps that improve operational performance and customer experiences.

Following are 10 ways organizations will use low-code to make themselves more competitive.

Get your full guide to low-code development

#1: Innovation at the Edge Will Accelerate Using Low-Code Platforms

Disrupters know that innovation can come from anywhere in their organizations, so they encourage and even reward their employees accordingly. More companies will follow suit because they'll fall behind their competitors if they continue to limit innovation to a handful of people or a single department. To help facilitate more innovation, many will use low-code platforms to quickly transform ideas into prototypes, minimum viable products (MVPs), and even entire applications.

#2: Low-Code Will Be Viewed as an Essential Digital Transformation Enabler

Digital transformation is converting traditionally analog "things" and manual, human-centric tasks into their digital equivalents. As organizations attempt to optimize everything, from operational efficiency to customer experiences, new ideas will proliferate, but there needs to be a mechanism in place to transform great ideas into bottom-line benefits.

The speed of implementation is critical. While digital transformation is a multi-year process, competitors and disrupters are constantly changing the rules of the game. More organizations will use low-code to facilitate faster innovation cycles and enable higher levels of organizational agility. Even citizen developers will be able to create great customer experiences that traditionally have been the domain of designers and software developers.

Low-code platforms are adding AI capabilities to assist both traditional and citizen developers. AI enables traditional developers to get quick feedback and insight into potential application issues so they can avoid performance-related problems, data-related issues, and more.

#4: More Traditional and Citizen Developers Will Add AI to Their Low-Code Applications

AI use is a competitive differentiator today. It can be utilized to expedite an outcome, enable more informed decision-making, and help deliver more relevant and meaningful customer experiences. Low-code platforms, such as OutSystems, enable users to add AI to their applications with confidence – no data science degree required.

That said, organizations should make sure that their low-code platform's AI capabilities can support enterprise requirements. For example, if an AI-enabled application were designed to use data in a way that's prohibited by the EU's General Data Protection Regulation (GDPR) or the California Consumer Privacy Act (CCPA), there should be governance in place to prevent that from happening in the first place. The low-code platform should be capable of supporting an organization's governance policies.

#5: Low-Code and RPA Will Converge to Enable Higher Levels of Efficiency

Many organizations are implementing robotics process automation (RPA) to achieve higher levels of efficiency. Specifically, they're using RPA for rote, repetitive tasks that are better suited to machines than people, such as contract review and other back office tasks. They're also using RPA to supplement the speed and volume of work humans do.

RPA is a logical extension of low-code capabilities. In addition to writing applications, developers and citizen developers will want to build applications that use RPA to automate tasks.

Developers have been skeptical of low-code platforms because they spent many years in school and at work learning their craft. As a result, many doubt that low-code platforms can be taken seriously since a lot of human knowledge and skill have been required to build a great application, historically. Yet, entire development teams are embracing low-code today.

One reason traditional developers like OutSystems is because they're able to write applications an order magnitude faster than before (e.g., in days versus weeks, weeks versus months, etc.) which gives them more time to innovate and attack the backlog. They can also reduce technical debt and avoid accumulating more technical debt in the future. 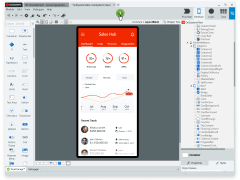 #7: Enterprise and IT Low-Code Strategies Will Emerge

Low-code adoption is often tactical. A line of business may procure a low-code platform to solve a specific problem or set of problems, but as their needs become more sophisticated, they may find that the platform they've been using limits what they're able to achieve.

Interestingly, when low-code platforms are procured by software development teams, the implementation tends to be more strategic. In fact, the most sophisticated teams have a low-code strategy that includes goals and success metrics.

Low-code strategies at the enterprise level will also emerge to facilitate faster innovation while maintaining enterprise standards for quality, security, compliance, and so on. Organizations should be careful about how they implement an enterprise low-code strategy, however, because not all low-code platforms can support one, particularly over the long-term. The safest foundation is an enterprise-grade low-code platform that can scale and adapt to shifting organizational requirements.

#8: More Businesses Will Trust Low-Code for Core and Mission-Critical Apps

A lot of organizations have used low-code to build various types of applications, but some of them hesitate to use low-code for core and mission-critical apps because they're concerned about the potential risks: Will it scale? Is it capable of handling mission-critical workloads? Can it support our security, compliance, and transaction volume requirements? What if the project fails? What might that do to our market share and reputation?

For example, energy company EDP Brasil built a mission-critical application that manages the production and distribution of electricity with OutSystems. That application is now the standard among all 14 EDP Brasil plants. Previously, each location had its own system. Building a mission-critical system like that requires a lot more than just trust in the low-code platform. More importantly, the application built with the platform must be able to perform reliably from business, technical, security, and regulatory compliance standpoints.

#9: Organizations Will Want to "Future-Proof" Their Applications

New application languages and frameworks are emerging all the time, and the pace of innovation continues to accelerate commercially and in open-source communities. Companies can't afford to rewrite their applications every time a new technology comes down the pike. On the other hand, they can't afford to lag behind competitors technologically.

More organizations will realize that low-code can help shield them from technological change. In fact, some OutSystems customers have weathered more than 14 years of technology evolution and innovation without rewriting their applications.

#10: Some Will Close the Gap Between the "Haves" and "Have-Nots"

Software development is progressing at dual speeds in many organizations. While one software development team may be using low-code to accelerate application delivery by an order of magnitude, another team may continue operating as it always has. While there's nothing "wrong" with that and there may be good reasons for operating at dual speeds, particularly in highly regulated companies, creating "haves" and "have-nots" in an enterprise can create cultural tension in an organization.

Executives and boards of directors are noticing the dual-speed phenomenon and wondering why the tortoises aren't keeping pace with the hares. Some software development organizations and teams are mandating the use of low-code to accelerate application release velocity. Others, such as health insurance company Humana have made participation optional, with designers opting to work on compelling low-code projects in their free time. The projects' successes have fueled the funding of new projects at Humana and more designers are clamoring to work on the emerging projects.

Want to learn more about low-code? Check out this Full Guide to Low-Code Development. 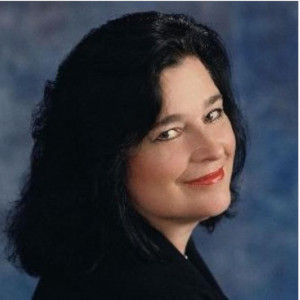