The odyssey began in 2001. Since then, the OutSystems platform evolved with distinct highlights. Looking back, some of them might seem naïve now, but that’s the charm of childhood, right?

Disclaimer: this blog post may come with a heavy dose of nostalgia.

17 Years Ago: Born in a Garage

It all started with a question:  “What if, instead of trying to get the software right up front, changes were cheap and fast no matter the size of the application?” Almost sounds like a dream.

In 2002, we got our first customer, and they’re still happy with us today. The platform was then called “Hub Edition” and telcos were the target. The focus was mobile and cloud (ASPs back then), only a bit too early for our own good.

By then, we had created the Service Center (with Service Studio). We did a lot of work on the quality of the generated code, and implemented some improvements, such as windows integrated authentication, and assign node usability, as described in New in Hub Edition 2.0.

Things were starting to happen. We were surprised to see our customers use the platform to create all their internal web applications (not just SMS applications’ back offices), so we started pivoting to that.

This was when we introduced the famous 1-click publish button. In previous versions, you needed several clicks to upload, compile, and publish in Service Center.

We redesigned the welcome screen and improved Service Center with reports and monitoring. We also launched new web widgets, reminders, JavaScript, scalability warnings in queries, and ListRecord widgets. But we released more in the Hub Edition 2.1 and the Hub Edition 2.2.

In 2005, we realized that integration with existing systems (through web services or lower level integrations) was starting to prove to be one of the killer features of the platform.

The Hub Edition 3.1 was released with the possibility to integrate with external databases, a 1-click publish extension, as well as improved developer navigation. See what else was new in the Hub Edition 3.1.

By 2006, support for larger development teams became a natural requirement. And so we delivered.

The new Service Center, refactoring, SAP integration, plus more in the Hub Edition 3.2.

We started calling it OutSystems Platform: it was what users were calling it anyway.

OutSystems Platform 4.0 was made of functions, validations, and much more.

This was a big leap forward in the developer experience, driven by usability tests. We also launched the first free edition for the world to try OutSystems.

Since we had been training our customers and partners on Agile methodologies, which were a perfect fit for the speed of the platform, we decided to give it a new name as well.

The Agile Platform 4.2 included new things such as hot deployment and external databases.

We completely re-engineered the insides of Service Studio, while bringing major new features to the platform.

Automated rebinding, a new web editor and other features were launched in the Agile Platform 5.0.

Our goal for the Agile Platform 5.1 was to dramatically speed up the creation of applications.

Develop and Deploy on the Cloud:

Other good things in this version were SEO URLs, caching, multiple catalogs, and automated documentation. There was even more in the Agile Platform version 5.1.

We had a cool internal hackathon on a weekend to create enterprise apps. We learned from the process, and our new users learned from those apps. In fact, that was so cool, that we added that story to our book of rules.

1-Click Publish was DevOps before DevOps was a thing. Here we took it to the next level and became the OutSystems Platform.

Multi-tenant and extensibility APIs are examples of things we released in the Agile Platform 7.0.

OutSystems developers are only successful if the apps they build delight their users. In this version, we worked hard so apps would have great UX by default.

A larger community, a lot more data, different integrations, and a multitude of devices meant we had to advance on several fronts.

Install From the Forge:

OutSystems Platform 9 was the greatest release until then, and it also included simplified data binding and external database management.

While already working on OutSystems 10, we launched this version to extend the capabilities of the platform further.

Support Up to Quintillions of Records:

This was a big one: we delivered a completely new runtime to enable mobile experiences and became market leaders in the mobile space.

Performance, security, extensibility, and more in the new OutSystems 10.

This Year and Beyond

We’re now releasing new features much more frequently, so there’s a page just for that.

And in the next few days, we will be taking it to OutSystems 11.

And whether you are a new user, or you’ve been with us for some time now, you need to get ready: we’re just getting started and we’ll keep going faster and faster. 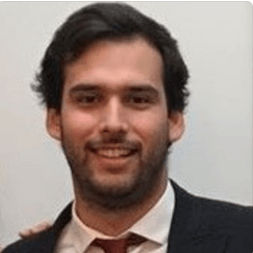