Can you believe it’s already been three months since you were counting down to the new year? Since then, we’ve been busy releasing new product features and improvements to make your life with OutSystems better.

In this blog post, you’ll find information about our most popular releases, including updates for Progressive Web Apps, a release of the Mobile Apps Build Service to support new Android and iOS versions, a visually-revamped Service Center, several OutSystems UI improvements, an array of new AI capabilities, and much more!

You may notice that experience was a common theme for the quarter. From making it easier for end-users to experience software to increasing the sophistication of the user experience with AI, to making the development experience easier with improved AI assistance - experience has never been more important!

So without further ado, sit back and enjoy learning more about what we’ve been up to.

One of the very first releases of the year was extending early access to Progressive Web Apps (PWAs) that became generally available in Platform Server 11.7.0.

Last year, a number of customers tried this new way of distributing apps, and now everyone can do it. This feature allows your users to add apps to their home screens without the friction of having to install an app from the store. Updates are immediate and, best of all, just a toggle away!

Some of the perks of the new PWA capability:

We have continued developing new services to improve the AI capabilities available to add to your applications. With packaged cognitive services, you can start using AI in your applications to handle unstructured data. For example, with our Language Analysis Component you can empower support agents to glean key information from incoming cases, and adapt their communication style to the customer. This component has a new entity detection feature where you can paste text, and the entity and its type are extracted and highlighted with different colors. The extracted data can be used in your application's logic, allowing it to identify and categorize future occurrences of the same categories automatically.

Next, we are looking into document processing features to extract valuable, structured information from digitized documents, such as receipts and forms.

Last year we launched the AI-Assisted Development feature in Service Studio, giving highly accurate inline suggestions for the next step in your logic flows. It works anywhere in a flow, and in any flow. When creating or editing logic in your application, just hover and click on any connector to see up to six suggestions. If the assistant is very sure of the next step you get one suggestion that you can select with a single click.

We keep working on this feature to increase the AI power at your disposal. Most recently we’ve enabled you to build your logic flows faster and with high precision. How? The AI assistant now matches better the suggestions it provides with variables that have similar names. Additionally, when you add an action with the assistant, all properties matching elements in the current scope are filled out automatically.

The user experience has also been vastly improved since launch. We've adjusted the radar’s clickable area and made it smoother by fading out the outward growing circle, and added a tooltip to help new users. Check this article that details how our team crafted this new experience.

The assistant will automatically fill properties that match identifiable elements.

Here’s a full list of the new features and improvements:

You can find additional details in this forum post.

For those of you with large OutSystems factories, it’s sometimes difficult to see what components you have. Now you can see applications supported by OutSystems, such as OutSystems UI for example, in the Application List.

If you are connected to your Personal Environment, whenever you access Forge through Service Studio you won't have to re-type your username and password. Service Studio will now automatically log you in.

We released a new MABS version that uses Android 10 (API level 29), iOS 13 and iOS WkWebview engine so you can continue to submit your iOS apps to the App Store, in line with the recent Apple announcement, and your Android apps to the Play store (which will change by the summer of 2020).

Since MABS 6.0 uses Cordova Android engine 8.1.0 for Android apps and Cordova iOS engine 5.0.1 for iOS apps, we highly recommend you revise your plugins to be compatible with this version. Also, with this release, we have dropped support for iOS 10.

Additionally, to improve troubleshooting capabilities, MABS 6.0 brings a new validator feature that reduces the feedback loop. This validator checks if a minimum version of supported plugins is required, saving you time and avoiding known issues (which you can check in the documentation of the plugins).

Reactive Web Apps have evolved since they were first announced. One of the releases included scaffolding, which allows you to create List and Detail screens even faster. With the new OutSystems UI Reactive templates, all you need to do is drag an entity to any UI flow, and two new screens completed with working actions and validations will be ready to publish. You can also easily populate Reactive Web App menus by simply dragging your screens to the menu block!

We also released a brand new Reactive Style Guide bundle with a theme and a template, as well as a full preview application with all UI Patterns, Widgets, and Screen Templates for Reactive Web, making it easier to brand your Reactive Web Apps.

OutSystems UI has many updates to provide you with great new capabilities, bug fixes, and additional support for both reactive and traditional web. These are some of the highlights:

This quarter, we announced early access to the OutSystems Architecture Dashboard. Aimed at helping manage technical debt, this tool helps you follow best practices and avoid common pitfalls while developing your applications. It analyzes low-code implementation and execution metrics and recommends solutions to improve different aspects of the applications such as performance, security, architecture, and the user experience.

Within the dashboard you can suppress findings that are fixed, false positives, or findings that you don’t want to address right now. Additionally, if you’re an infrastructure admin, you can ignore modules that shouldn’t affect technical debt, such as modules downloaded from the Forge that you won’t customize.

Service Center started the year with a bang, with a stylish makeover and performance enhancements. You’ll also notice improved responsiveness if you use your phone or tablet to perform application configuration tasks or check a publish status.

As for LifeTime, after redesigning the permissions page in December, we then added a new set of API methods to improve the fit with your governance processes. The API enables you to manage users, roles, teams, and also automate app creation.

The Updates Keep on Coming

With such a busy start to the year, you may be asking what’s next. Well, the second quarter has just started, and there are already a number of updates. Be sure to check out our Product Releases and Updates page.

At the end of this quarter we’ll share another recap so you can learn about the new cool features we’re releasing continuously, in one place. See you then!

Haven’t tried OutSystems yet? If, like most of us, you are now working from home and finding yourself with some extra free time, why don’t you give OutSystems a go and try some of these new features? 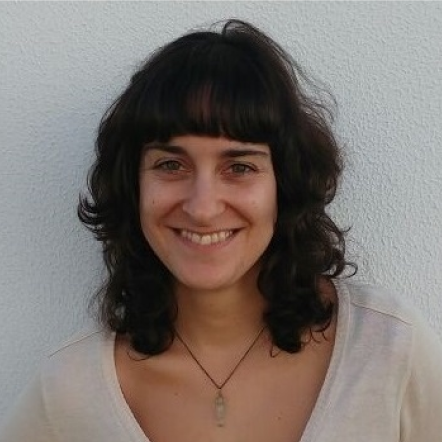 Marina is a UX manager at OutSystems, responsible for UX Writing and Design Enablement. She's passionate about words, getting things done, and making sure people are happy and motivated.