The Scrum Guide changed. Last November, Ken Schwaber and Jeff Sutherland — the Scrum's authors — released the Scrum Guide 2020 changes. That new version of the Guide replaced its 2017 predecessor as of January.

The 2020 leaner and meaner version of the Scrum Guide clocks in at just two-thirds of the previous version's size. The new Scrum Guide somehow reminds me of my cat. Why? Well, let’s go through some of the key Scrum Guide 2020 changes and find out.

The new Scrum Guide is far less prescriptive. It still reminds you that you need to follow the Guide to implement the Scrum framework. However, you now have a wider margin for customization. Also, IT-related terms are no longer part of the Guide. That reinforces the idea that you can use Scrum in other industries.

In short, customization plus a broader scope of use equals a Scrum Guide that's more flexible and versatile. And just like the Guide, my cat’s flexibility is his ticket to a wide range of toys and dens. Desks, tables, shelves, and even my desktop computer, especially when it’s warm, are my cat's playground.

The latest version of the Scrum Guide focuses on accountability. It replaces the 2017’s responsibilities with clear sets of accountabilities for members of the Scrum Team, depending on their role. In other words, Scrum is now less about who does what and more about who ensures outcomes.

One thing didn't change, though: only the Product Owner can cancel a sprint. Unlike most Scrum Guide 2020 changes to responsibilities, this one allows no room for interpretations.

According to the new Scrum Guide changes, the Scrum Team no longer has subteams.

What happened to the Development Team, which was part of the Scrum Team in the 2017 version of the Scrum Guide? It's gone, just as my cat’s favorite treats are, 30 seconds after they catch his eye!

As of 2020’s version of the Scrum Guide, the Product Owner, the Scrum Master, and the Developers form the Scrum Team, with its own set of accountabilities and sharing the same objective. That's not my case and my cat's. Whereas I'm accountable for keeping my house tidy, my cat’s responsible for making that job harder. It would help if we shared a goal, huh?

With the 2020 version of the Scrum Guide, the Scrum Team is no longer described as self-organized. Instead, it's self-managed. That adds an extra layer of autonomy compared to the 2017 version of the Guide.

Nevertheless, as Spider-Man once said, “With great power comes great responsibility.” That means that the new Scrum Guide changes empowered the Scrum Team, but also increased its accountability.

A New Flavor of Scrum Master

The Scrum Guide 2020 changes reworked the definition of Scrum Master. The role shifted from servant leader to true leader who serves the Scrum Team and the organization.

Being a true leader doesn't mean managing the Scrum Team as there are no hierarchies in such a group. Instead, it means that the Scrum Master leads the Scrum Team — and the organization — to better performance.

In most sports, team captains share a similar challenge with Scrum Masters: lead the team without managing it. Even without formal authority, great team captains improve a team’s performance over time. And when the team is losing a match, they regroup it for the win.

Scrum Masters were already accountable for establishing Scrum as defined in the Scrum Guide. But since the 2020 version of the Guide, they're also accountable for the Scrum Team’s effectiveness. That translates to enabling the team to improve its practices within the limits of the Scrum framework.

Additionally, in line with the new Scrum Guide changes, Scrum Masters are no longer responsible for removing impediments. They're accountable for triggering their removal instead.

Jumping onto my lap is my cat’s trigger to remove impediments from his way. It's how he reaches out to stuff he couldn't reach himself. Although it's not a technique I'd recommend to Scrum Masters, I have to admit: it’s hugely effective.

Second, detailed recommendations on Product Backlog management — such as spending 10 percent of the sprint refining the Product Backlog refinement — are gone. The less imposing nature of the new Scrum Guide update is evident in this simplification.

The Scrum Team can only have one Product Goal at a time. And my cat works the same way! He always finishes playing with his ball before starting to wrestle with his favorite plush toy. Much like the Scrum Team must meet or abandon the current goal before taking on a new one.

The Scrum Guide 2020 changes don't add any new artifact to the Scrum framework. You still have Product Backlogs, Sprint Backlogs, and Increments.

However, each has a commitment. Commitments provide an end towards which the Scrum Team should work. The team also measures progress against commitments.

Here are the commitments in the 2020 version of the Scrum Guide:

My cat's commitment is that I switch to a wireless headset. That’s probably the closest he has to a Product Goal! And he seems keen on achieving that goal by messing up with my headset cable. So far, I managed to avoid damage increments.

Check below what changed in the Scrum events with the Scrum Guide 2020 changes.

My cat definitely approves of the extra freedom in the Scrum ceremonies as he’s not a fan of being told what to do.

Going Back to My Cat for a Fluffy Wrap-Up

When I look at my cat chasing his favorite ball, the new Scrum Guide comes to mind. They're both flexible, and one of the things I didn’t like about Scrum was how prescriptive — or inflexible — it was.

Sometimes, teams didn't follow the Scrum Guide to adjust the Scrum framework to their context. For instance, OutSystems developed its own Scrum flavor called OutScrum. By being less prescriptive, the 2020's Scrum Guide helps Scrum Teams identify and expand the reach of what they can adjust and what they can't.

Moreover, Scrum is now a more versatile framework. It made its intentions of escaping the confines of the IT world crystal clear. Similar in versatility, my cat always seems to find a way to fit into every single box he can. 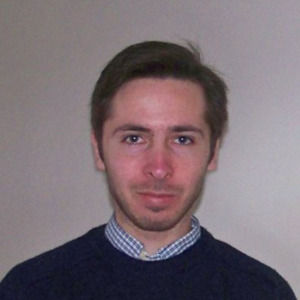 Pedro is an Agile Coach who enjoys helping teams grow and improve. He had a variety of experiences in other areas such as project management, teaching, and game development, and he tries to leverage those in my Agile practice. In his spare time, he's often found reading, watching anime, or playing videogames.

Agile and Scrum: Understanding the Differences

Kanban vs. Scrum: Which Is Best for Your Low-Code Team?