“What app has the best UX you know of?” someone asked me once. That got me thinking: could I pinpoint apps that set, redefined or even went beyond industry standards? Where should I look to understand what first-class UX is? What should be our UX inspirations? Who do we all need to learn from?

After chatting with my colleagues, I started noticing that they were mentioning pretty much the same apps over and over. A few names kept being repeated — and I list them here by order of occurrences: Google Inbox, Instagram, MailChimp, Airbnb, Facebook and Tinder.

What Do These Great UX Inspirations Have in Common?

In terms of role and function, these apps are very different but they do have a common denominator. They were created to do one thing and do it really, really well. Building an app that has a single purpose allows you to specialize, study behavior, track changes and cater to a very specific audience.

You can find this singular focus in a number of places. For example, it’s in the foundations of the Unix philosophy: “Make each program do one thing well. To do a new job, build afresh rather than complicate old programs by adding new features.”

This works pretty much like a restaurant that is famous for a specific dish. They have focused a lot of time and effort on developing this signature dish with the knowledge that they won’t satisfy everyone. But the people who like it know where they have to go to get the best there is.

Without further ado, here are some of my UX inspirations. They are all examples of apps that do one thing, and do it well. I have included sketches by OutSystems UX Designer Angel Vuong to show how they might have looked in on paper before they became UX inspirations. (Note, these are imaginary only and are used for the purposes of showing simplicity.)

Uber: Takes the Burden Away from the User

I really like this application. It does most of the work for the user: it finds where you are and it then gets someone to provide what you actually need. In this case, that means travelling from A to B. And the only thing you need to say is where B is.

The key success factor here is making it easier for people to approach others. And, it uses a lot of interactions. things move, swipe away, slide in. The design reflects potential hesitation and therefore guides the user.

A little older, but again, notice the simplicity and repetitiveness. It is very predictable and keeps to the same format. If there are too many tags or comments to show, it starts hiding things so the format remains the same. The purpose of the app is looking at pictures; therefore, it makes sense to fill the entire screen with an image.

Google Inbox and Facebook are the big guns; they make a difference in UX. They’re the trendsetters that become the reference, that is, the definition of what is expected in other applications because of their reach and importance. So, they are natural UX inspirations.

It is much easier to provide better UX when you reduce the scope of the behavior you’re catering for. For that reason, app specialization has been a growing trend in application development for some time now. A good example is how Facebook split messaging from its social media component. They created an altogether different app that lives with its core functionality on its own.

Facebook identified two different user profiles that were mingled in the same application and focused on satisfying their respective, separate needs. In order to compete with other specialized messenger apps, they had to remove all the clutter. Because they focused on addressing something specific, they were able to create a better user experience.

The one thing that Google Inbox focuses on is making email easier to manage on mobile. Its UX is centered on motions, which is one of the most important aspects of UX: making it suit its delivery vehicle. In this case, the UX is definitely done with mobile in mind.

Here’s Phandroid author Joe Fedewa’s take: “Gestures are a big part of the Inbox UI, including the ability to snooze and mark emails done. You can quickly go through your inbox with a few swipes and take action on emails without even opening them.” (You can learn more in his article 10 Tips & Tricks to get the most out of Google Inbox).

Creating a Great App UX Like the Big Guys

If you want your application to have a great user experience, you first need to identify the underlying behavior that stems from what your users need. If you cannot boil it down to one specific thing, which is often the case in enterprise applications, you might not get your great UX. Mixing multiple patterns and behaviors to meet several different needs is likely to dilute or drain away the great UX.

In sum, a few of the lessons that you can learn from the big players are:

The Crux of This UX Matter

This article is basically an opinion piece I wrote to answer the all-important question of which app UX I think is the best. Although I’m a neuroscientist by training, this was an unscientific exploration of popular user experiences based on my preferences and polling my friends.

I can recommend some simple rules for great UI and UX app design, but a lot of UX inspirations are in the eye of the beholder. So, let me know: which app do you think has the best UX? 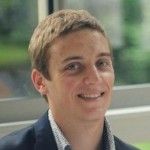