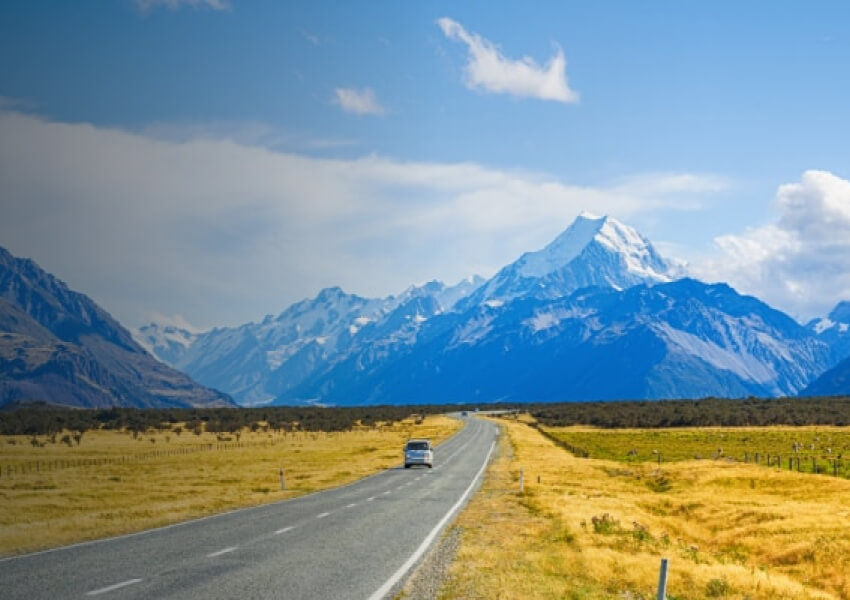 Waka Kotahi NZ Transport Agency (formally the New Zealand Transport Agency) conducts around 185,000 driving theory exams every year. In the past, administration of these exams involved aged systems, a need for manual data entry, and pre-configured hardware. The agency was falling behind the times to provide a modern, flexible service to both learner drivers and administrators.

A Rite of Passage for Every New Zealander

Waka Kotahi New Zealand Transport Agency (NZTA) is responsible for ensuring safe, seamless, and accessible travel for every citizen and visitor to the country. A big part of this responsibility is making sure new drivers are suitably qualified, which involves overseeing a rite of passage for every New Zealander—obtaining a driving license.

The first step for anyone on their journey to earning a driving license is to pass the Road Code proficiency test. NZTA carries out approximately 185,000 of these tests every year at more than 100 sites and 15 mobile locations nationwide.

However, this process hasn’t always been seamless. The technology supporting the testing system was outdated and no longer supported. This posed a significant business risk to the agency.

The mobile testing locations required pre-configured software on dedicated devices, limiting access. And, a lack of integration between the Driver License Theory Testing platform and the Driver License Register meant data had to be entered manually—a process that was inefficient, error-prone, and open to fraud.

In line with the government’s Digital Public Service Strategy, NZTA set out to design a more modern, flexible, and efficient way to conduct its tests.

Taking Testing to the Cloud

Working with OutSystems partner Unisys, NZTA was able to transition from its aging and unsupported national driver license testing system to a modern and agile cloud-based platform built and maintained using OutSystems.

The platform’s drag-and-drop interface allowed NZTA to quickly deliver its flexible, customer-centric vision within a demanding timeframe—far faster than was possible with any other approach.

Due to the expiring software license of the previous solution, it was imperative for the project to be delivered on time. And with OutSystems, the Unisys development team delivered the solution on time with all of the agreed functionality. This was all the more impressive as additional requirements surfaced during the agile development process.

Not only was the new testing platform implemented quickly, but it also provided a level of flexibility that ensured the NZTA wouldn’t have to undergo a similar overhaul again. The system, with its extensive self-service capabilities, is built on an open platform with no vendor lock-in. This means the transport agency can accommodate any future changes in direction, react to legislative adjustments, or simply add functionality—such as support for other languages—whenever it needs to.

With the new cloud-based system, NZTA’s theory testing can now be conducted anywhere, from any device, without the need for pre-configured hardware. This dramatically increases the agency’s customer reach and makes it easier to run more tests concurrently. The agency now conducts approximately 15,000 tests every month, each delivered through a modern UI.

The new system includes full integration with the Drivers’ License Register, which means manual data entry is a thing of the past—along with the human error and the risk of fraud.

New levels of automation have made everything from booking the test to receiving results far easier for everyone involved, including the Agency’s testing agents, who can now administer theory exams approximately 20% faster.

All said NZTA’s new modern application development platform has brought the Agency theory testing into the modern age. It now has the tools and flexibility needed to deliver a seamless customer experience and adapt quickly to future changes.

Oakland Delivers Transformative Digital Services for Residents to Save $1 Million

The City of Oakland wanted to modernize the services it offers its residents. With OutSystems, they delivered eight apps in just 12 months, while saving an estimated $1 million.

Helping an Enterprise-Grade Naval Asset Management System Get Into Shipshape

AMPS™ is a highly sophisticated asset management system that four of the world’s navies rely on for everything from tracking vessels, aircraft and munitions to scheduling maintenance and managing personnel. With more than 5,000 users in 120 locations, it’s a serious, mission-critical application. So, when the developer of AMPS (Atos) decided to update this legacy platform with even more functionality to meet the needs of a modern navy, it turned to OutSystems for help.