Turning an Incumbent into a Fleet-footed Digital Disruptor

Western Union is the world’s first P2P company. With a history of more than 170 years, the company has a presence in more than 200 countries and territories, connecting more than 120m people to one another and to the global economy, through cross-border money transfers in approximately 130 currencies. 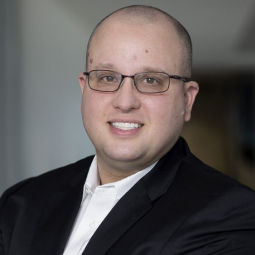 To address this new competitive landscape, Western Union sought an agility boost to accelerate innovation. The company wanted to improve the digital experiences offered to customers and build new digital banking products to extend its relationship with customers.

“Three things were front-of-mind as we evaluated OutSystems,” explains Tom Mazzaferro, Chief Data and Innovation Officer at Western Union. “How would this improve our agility, the need to deliver great digital experiences at scale, and the desire to use low-code across the whole stack—front-end, integration, and back-end core systems.”

Western Union became an OutSystems customer in November 2020. “Our goal was to build a new Cloud-based IT architecture based on microservices that would allow us to integrate many different systems quickly—both internal and external vendors,” explains Tom. “We wanted plug-and-play convenience to integrate any technology.”

Rapid iteration is a crucial capability for Western Union, especially when designing customer experiences in over 200 countries with local customer and regulatory requirements. The development speed and deployment ease provided by OutSystems accelerates change and feedback cycles, which paves the way for continuous innovation.

The OutSystems platform’s capabilities were immediately put to the test through 2021, as Western Union and its system integrator started development of its new digital banking app that includes a multicurrency bank account combined with money transfers, and other added benefits such as a Visa Platinum debit card.

Tom adds, “In fast-moving customer-facing scenarios, development is never ‘build-once-and-done’—you’re always iterating to refine the customer experience. Before OutSystems, we typically released every six weeks. With OutSystems, we deploy twice every week. Some changes that used to take a month, we now deliver in around 48 hours.”

Western Union launched its digital banking app in Germany and Romania in Spring 2022, following 11 months of iterative development. Poland followed later in 2022, while plans are at hand to launch Italy by the end of the year.

Commenting on the advantages of development on OutSystems, Tom says, “We estimate that we’re getting new products to market at least twice as fast as competitors, and we’re probably using a tenth of the resources they are on front-end development. We developed the whole front-end for the app in less than four months.”

Western Union uses OutSystems for customer-facing apps, back office, and workflow solutions. “We use OutSystems in multiple layers of our tech stack,” says Tom. “Not just front-end, but back office and our contact center. In addition to our digital banking app, there are at least 20 internal employee-facing apps that we’ve delivered that make work easier and more efficient for our employees.”

Moreover, low-code development on OutSystems helps Tom fight back in the war for digital talent. “Hiring experienced developers was already hard, and the skills drought got even worse with the great resignation. Some development teams suffer 100 percent attrition in two to three years.”

Looking back to why Western Union chose OutSystems, Tom says, “We serve millions of customers in over 200 countries and territories, and we want to give them the best possible customer experience. So, constant iteration and rapid delivery are crucial. The difference with OutSystems is that we can do that fast and at scale, deploying experiences that are fast to load, reliable, and secure. That’s the high performance we rely on with OutSystems.”

It’s time to align your bank’s digital transformation strategy with the entire customer lifecycle by providing a personalized omnichannel experience.

Discover how Santander Consumer Finance replaced 70% of their core IT systems in three years with OutSystems. New-found agility delivers growth and improved Customer Experience for partners and customers.