Icons play a critical role in an application's user experience, especially mobile applications. Icons appear in menus, on the bottom bar in iOS, in Material Design's floating action button, in buttons, bulleted lists, empty states, and so on.

OutSystems applications come with Font Awesome by default. But sometimes you’ll have a type of application like a weather app that needs specific icons to represent conditions such as light showers, partly sunny, or hail. In those cases, you’ll need need custom icons. So, how can you use custom icons in the OutSystems IDE? Let’s take a look.

Why Use Icon Fonts

The short answer is: for your convenience. Long gone are the days when icons were saved as bitmaps (PNG, JPG, GIF, etc.) and arranged as image sprites. Using image-based icons was a maintenance nightmare. Did you ever need a bigger icon in a different color that was also retina-ready? Unless you were a Photoshop ninja, you had to ask a designer to change the icon, save a new image, update the files, and change the CSS—for every icon modification.

Here are just a few advantages of using icon fonts:

Where to Get Icon Fonts

If you’re lucky, you work with a designer or design team that creates all the visual assets for your application. If that’s the case, just ask them to provide the icons in SVG format. Each icon must have a separate SVG file. Using bitmaps (PNG, JPG, BMP) or other vector formats (PDF, EPS, AI, Sketch) will not work as icon fonts.

If you don’t work with a designer, you can find icons or font generators online. Here are a few sources to get you started:

How to Create a Custom Icon Font

Go to icomoon.io and click on the IcoMoon App in the top-right corner.

You don’t need to register to use the app for free. However, you can get a paid account if you want access to advanced features (not required for this tutorial). In the application, you will see a matrix of icons. Click to select any number of icons to bundle with your font. Click them again to deselect and use shift to select several icons in a row.

If you scroll down to the bottom, you can add more libraries.

IcoMoon will append icons from other libraries to the icon list on the main screen. You can make your custom collection by picking icons from various libraries, as well as importing your own. To do so, click the Import button in the top left corner.

Note: Each icon should be in a separate SVG file and all of them should fit a 100 x 100 px space. Take a look at IcoMoon’s documentation article—or ask your designer to do so—to make sure you prepare your SVG files correctly.

Having selected your desired icons, click on the Generate Font label at the bottom of the screen.

You will see a list of all the chosen icons along with their attributes.

IcoMoon has documentation that explains the role of each attribute. For us, the only one that matters is the class name. We will use it in the OutSystems IDE.

Before downloading, it’s a good idea to open the Preferences window and name your custom font. It’s also useful to specify a class prefix so that your app’s CSS stays organized and icons remain readily accessible in the IDE.

Use Your Custom Icon Font in OutSystems

Hint: You can preview the classes and icons in the demo.html file you downloaded from IcoMoon.

Repeat the steps just as if you were developing a Mobile App. But instead of using the Icon widget, use the container widget. You won’t see a preview of the icon in the IDE, but the icon will be visible in the app after publication.

With that, you are now ready to create and use custom icon fonts in your OutSystems applications. Remember, icon fonts are easy to use, incredibly lightweight, and can scale dynamically to any screen size. They're the perfect alternative to image icons and are worthy of your consideration.

If you need some inspiration, check out these apps from the Forge; they use custom icons:

Or gawk at some of these OutSystems UIs on Dribbble. Happy icon-ing!

Special thanks to CSS Wizard Alexandre Santos, author of some our online best-sellers on the CSS practice, for all the help! 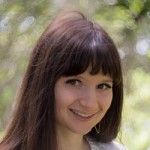 Natalia is a UX and visual designer for OutSystems with a goal to make life better for app developers. She has a passion for product design, and loves finding ways to innovate using OutSystems.