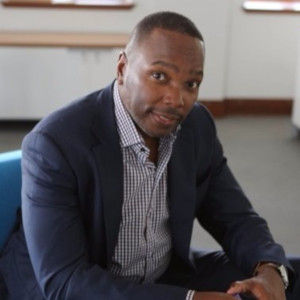 If you’re trying to hire software developers and keep the ones you have from switching teams, how do you compete with the Metas, Googles, and Apples of the world?

Where I’ve found great success is with recruiting and nurturing junior developers who are hungry to grow and develop their skills. I look for raw talent that can be nurtured into mature developers. It then becomes the role of the manager to understand their needs, identify rising stars, and help them build their career with products and accomplishments that they can be proud of.

Are your developers happy or halfway out the door?

New study reveals what developers want and how to keep them on your team.

Over the last 20 years as a CIO — and now a CTO at Riviera Partners — part of my role has been hiring and managing software and product developers. Here are a few of the things I’ve learned along the way about keeping developers engaged and excited about coming back to work everyday.

If Warrior’s basketball star Steph Curry is hot, give him the ball. The same goes with developers.

If I see a superstar, I’ll give them a problem to solve. If they knock it out, next time I give them two. If they knock those out, then I give them something even more challenging to do — because those are the folks that you really want to keep engaged in their job and provide every opportunity to flex their talent.

Developers Want to Be Productive

One of the key findings in this global study on developer engagement is that about a third of developers feel their team is severely understaffed, a problem that can lead to burnout and high turnover. The report goes on to say that low-code developers have teams that are, on average, one-third the size of traditional developer teams — yet they feel more productive and satisfied with the number of developers working on their projects.

That’s been my experience as well, and I estimate my team’s productivity at 5 to 10 times higher with low-code than without.

When I first started using low-code 15 years ago, just two of us at Up Communications cranked out a huge inventory management system. Later at the City of Oakland, I led a small, inexperienced team in building a police evaluation system that had been languishing for years. We knocked it out in under a year with a successful initial release. With continued innovation, it’s now an award-winning product.

If you have an issue with retaining your developers, it could be because your software development process is too slow.

We developers are creative types, and we don’t want to wait years for a product to come to life. Developers want to see the logic and the effort and the cleverness they put into a product. We want to see that it works and works well.

Low-code allows you to get to that point quickly. At Riviera Partners, we’ve rearchitected a 6-year-old product in less than 10 months. A lot of the engineers didn't believe it would be possible, but now they believe in the product.

Developers Want to Be Innovative

When I’m recruiting, I appeal to a developer’s eagerness to take on a new challenge as well as their desire to work on something meaningful. As a group, I find developers get bored easily. I know I do. Once they’ve mastered the product they have, they begin looking for something new to expand their capabilities and their skill sets.

Giving your developers the time and opportunity to be innovative helps keep them excited about coming to work everyday. And that goes back to the time-to-market advantages of low-code. If you’re not spending years creating a single product, you can quickly move onto either building new solutions or coming up with innovative ways to be more reiterative with your existing product.

Why Low-Code Developers Are More Engaged

One of the trends revealed in the talent report that I find interesting is that low-code developers are generally happier than traditional developers. From my standpoint, this makes a lot of sense.

After having great success with low-code in my former position with the City of Oakland — we built 8 apps in 12 months and brought digital services to underserved groups — I introduced low-code to the product development team at Riviera Partners, where we specialize in executive recruiting and finding the perfect candidate for leadership roles.

In less than 10 months, we’ve built a mission-critical, internal business app that helps our recruiters quickly pull up a short list of the most qualified candidates from a database of three million.

The reason my team is happier is that we get to spend our time focusing on business logic. Low-code takes care of the infrastructure and the user interface, and we get to focus on what’s important to our business, which is the logic of how we handle the data to evaluate and manage candidates and communicate with clients.

That’s engaging (and career-boosting) stuff for a developer — so it’s no wonder that advancement opportunities, team productivity, and better salary and benefits are associated with those who work with low-code.

Early on, developers that I worked with were slow to embrace the low-code movement. Some felt it was “dumbing down” their work or preventing them from writing native code. But the tide of popularity is turning, and more and more developers are understanding the benefits of low-code that I’ve been touting for the last 15 years.

Rather than dumb down the experience, low-code gives you more time to think about the things that are most important to your company like how the application will support and advance its mission. The ability to rapidly develop and release new processes or applications allows the company to be more nimble and strategic.

From my experience solving technical and strategic problems in executive recruiting at Riviera Partners, I can tell you that business leaders care about how the product works, that the business logic makes sense, and that it provides the right answers. Engaged developers care about those things, too. And once developers realize that they can work faster and be more innovative than if they were writing code from scratch, they become low-code evangelists like me.

How IT Managers Should Respond to the Tech Talent Shortage