Collecting user feedback regularly is an important part of the app development process. After all, users will inform your next decision, and having their feedback can seriously impact the direction of your project. Recently, I blogged about how teams can use Asana to manage the ideas collected by the OutSystems App Feedback feature. As a result, you don’t have to switch project management tools if you don’t want to. Win-win. But, not everybody uses Asana. So, today I am going to up the game a little and talk about JIRA integration. More specifically, I'll show how you can do the same thing with JIRA.

JIRA: Where Projects, Issues and Feedback Get to Play

Just in case you’ve been living under a rock for 10 years or so, JIRA is a widely used project management tool developed by Atlassian. It includes support for agile projects and allows workflow customization. In addition, you can  build dashboards and extract reports in real-time.

With the OutSystems App Feedback feature, users can share their ideas for changes or improvements to an app from the app itself. Moreover, with some OutSystems connectors, you can create a JIRA issue to manage all requests from the user in the app. And, for the cherry on top, you can attach a screenshot of the app on the JIRA issue. Let me show you how.

So, we’ll start by installing connectors from the OutSystems Forge. We’ll need the JIRA Connector, which allows the JIRA integration, greatly reducing our effort. In addition, we'll install the Feedback Connector component, to integrate with OutSystems App Feedback.

After installing these connectors, the next step is to configure the JIRA integration. To start, open the JIRAConnectorDemo application in your browser. There you will find instructions on how to set up the JIRA connector so it can use your infrastructure. We will use basic authentication, which is a simpler method. For this, we’ll need only the host name of the JIRA installation, a username and a password to authenticate.

Now that we have the JIRA connector installed and configured, we can begin the integration with App Feedback.

We’ll create a new application in OutSystems and name it “Feedback to JIRA.” In this new app, we’ll add the two connectors as dependencies and create a timer with the following logic:

If you remember my article about the Asana integration, you might notice that this logic is similar.

For the JIRA integration to work, we need to specify a project and an issue type. Here we are using the first project and first issue type, just for simplification. However, in a real scenario, you would select appropriate values for those fields. Here’s the detail on the assign node of the logic:

We want to finish this integration with a bang. Therefore, we will attach the image from the feedback to the JIRA issue. With all information relevant to the case in the issue itself, it’ll be easier to work on it. To do this, we use the FeedbackToImage and Issue_AddAttachment actions as follows:

In summary, integrating App Feedback with JIRA is about as easy as integration can gets. As a result, you get an easy-to-use feedback mechanism and a professional project management tool working in tandem. And, it’s connecting users and developers. This connection results in a conversation that allows developers to work towards what users need.

By the way, the source code for this integration is published to the Forge for your reference.

In the Gartner Magic Quadrant for Mobile Application Development Platforms 2017, App Feedback, described as an “in-app feedback capture mechanism,” was specifically called out as one of the strengths of OutSystems. Learn more and find out the other reasons why OutSystems is a leader in the Magic Quadrant here. 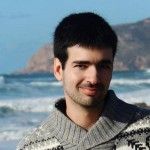 Leonardo Fernandes is an OutSystems MVP currently demonstrating his expertise as a team lead at Lighthouse HQ in Brisbane, Australia.