As Head of Enterprise Business Systems at Surbana Jurong, a Singapore-based infrastructure and urban development consulting company, Aravind Kumar had an ambitious agenda. Replace more than 50 legacy Lotus Notes applications that his company had used for over a decade as part of improving operations. Using the OutSystems low-code platform to build better applications was a key part of meeting that goal. Yet, to pull it off he faced an unexpected challenge.

Dealing with Users Who Fear Change

“Getting people to shift their thinking was one of the greatest hurdles we had to overcome,” says Aravind. “In fact, even as we were building new applications, people were saying we should try to recreate them just as they were in Lotus Notes. “For example, they wanted our new apps to use the same left-side panel navigation they were accustomed to in Lotus Notes, But that design doesn’t work well with today’s responsive design. It took a long time to convince folks that there’s actually a better, more modern way.”

Aravind’s challenge was understandable. Thousands of his colleagues relied on Lotus Notes-based applications for everything: HR, finance, billing, and project management. And, while everyone knew that the legacy apps weren’t very efficient, they became so ingrained in the company’s operations, people were reluctant to change.

“If I could offer anyone advice on doing a Lotus Notes migration, it would be to spend time upfront educating your users,” says Aravind. “People need to have open minds. They should think outside the realm of what they’re used to and understand what’s possible. Don’t take it for granted that everyone will be on board. You may very well have to bring them along on the journey.”

Fortunately, Aravind did just that. To date, Surbana Jurong has built 20 apps, including new performance management, learning management, and talent management systems. And they've all been well received by the thousands of employees using them. Plus, the company estimates that it developed those apps 30 percent faster thanks to the easy-to-use visual programming of OutSystems.

Across town, Boney Sze, IT Manager at Certis Security, was in a similar situation. The leading security organization in Asia, Certis had over 70 Lotus Notes applications managing things like internal workflows, approvals, and HR administration. The applications were slow and costly to maintain. Load times could take up to two minutes. Plus, the company was spending a lot of money on licenses, infrastructure, development resources, and support. Ultimately, it decided to use OutSystems to replace them.

For Boney, one of the biggest challenges was thinking through the migration strategy. “You have to consider whether you’ll migrate your data or leave it in place and build new applications on top of it,” says Boney. “Either way, it's important to think carefully about how you’ll cut over to the new apps. You’ve got to make sure to plan carefully for this as part of your overall migration strategy.”

“The way that we approached it was to start reviewing all of our legacy apps to see if any could be combined or decommissioned,” recalls Boney. “We also looked closely at our requirements, which were a major obstacle.” Development was historically a slow process at Certis Security. And while that was no longer the case since the company switched to low-code, suddenly there was a lot more pressure on the requirements definition process. “It called for a change of mindset within our team and application stakeholders,” explains Boney. “We made sure that development resources were maximized and that we had timely requirements to fuel continuous development.”

Development used to be the slowest piece of the puzzle. But with low-code, development is now really fast. Certis Security has already built over 20 apps and is benefiting from computing times that are 50 to 60 percent faster. Now the pressure is on the requirements definition process, requiring a change in mindset to ensure there are enough requirements to fuel development.

Are You Considering a Move from Lotus Notes?

Certis Security and Surbana Jurong faced similar migration challenges. Data was an important consideration. Two choices become apparent: either migrate the data or leave it in place and put new applications on top. If you can, rather than migrating data, see if you can build new apps because there is less risk involved.

Check out our eBook 5 Steps to a Successful Lotus Notes Application Migration for more tips and tricks.

Also, to get practical, real-world advice from experts on legacy migration and digital factories make sure to watch our one-hour webinar Lessons from the Trenches: Practical Advice for Replacing or Enhancing Lotus Notes Applications. 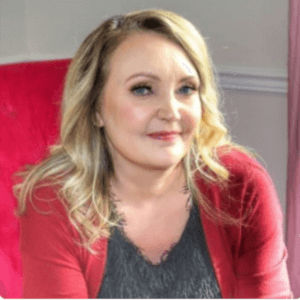 App Development: Why Six Months Is Far Too Long